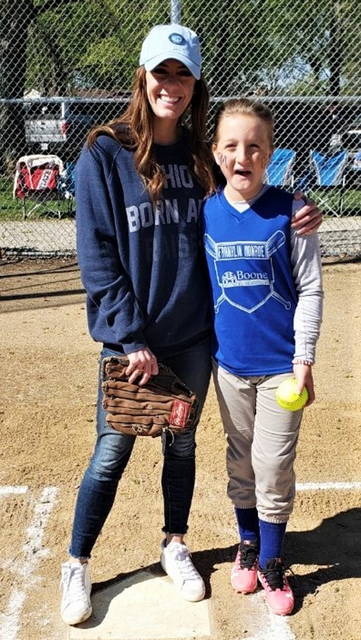 On May 1st, FM Jr. Baseball & Softball opened the 2021 season with an opening day celebration.

The day started with a town parade of team floats escorted by Pitsburg Fire Department, followed by opening ceremony, which included messages from Jena Powell, Eric Fee and Holly Hildebrand.

Pitsburg Park was packed with people as there was excitement to celebrate the start of the season as well as just being together as a community once again.

Mora Menzie opened the ceremony belting ‘America the Beautiful’ and that followed with a kids vs. coaches ‘joke’ contest, of course won by the kids.

Jena Powell spoke to her appreciation of growing up in the local community, including playing softball in Pitsburg and being coached by her Dad, Kent Powell, and the lasting impact that has given to her and their family.

Eric Fee also spoke to his family’s appreciation of the local community, including his kids playing ball in Pitsburg and the lasting memories it has given to their family. Holly Hildebrand (VP, Greenville Federal) offered continued encouragement to the organization and community, both as a local resident and on behalf of Greenville Federal as a long-term sponsor.

Eric Fee led with prayer and Mora Menzie gave a very moving and inspiring performance of the National Anthem.

The day culminated with a seven-game schedule in addition to some fun activities, face painting, a dunk tank, and selling over 700 chicken bbq dinners.

“2021 FM Jr. Baseball & Softball opening day was a huge success and very memorable for all involved,” said Kyle Cable, FMJB. “We have been looking forward to this day for a very long time. The turnout today shows how much the community was excited to come together again. We would like to extend extra thanks to our special guests, Jena, Mora, Eric, Holly, and also to Bach to Rock for the sound system.”

“We would also like to extend a huge thanks to the dozens of volunteers it took to make this day happen.,” added Cable. “We are extremely fortunate to have top-notch people that are very gracious with their time and resources to support these kids and families and this organization.” 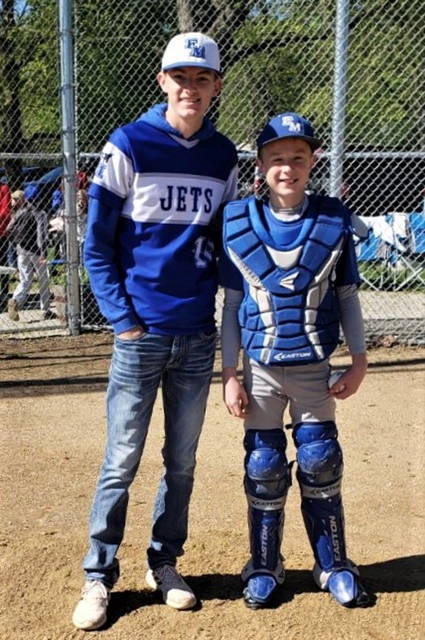