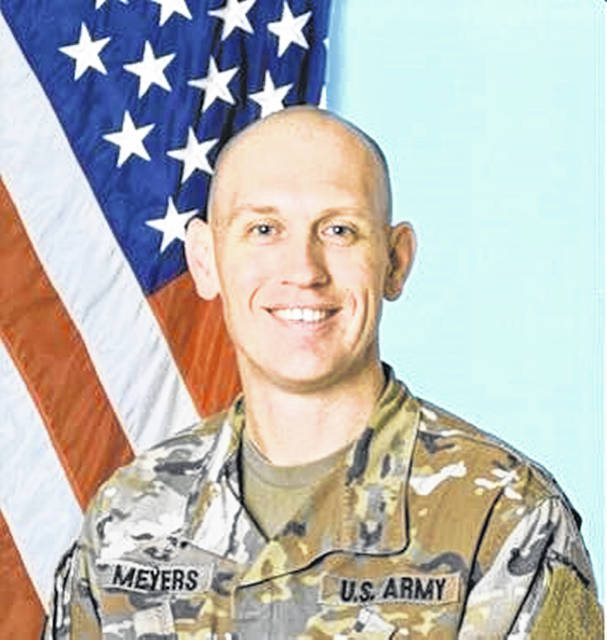 GREENVILLE — The Greenville Municipal Concert Band will kick off its 2021 season Sunday, July 4, at the Marling Band Shell in beautiful Greenville City Park. The concert will begin at 7 p.m. The concerts in the park are free and open to the public.

The season will kick off this year as it has done for so many years in the past with a Celebration of Independence. This year, the band will feature a narration by 1999 Greenville Graduate and Lt. Col. Michael Meyers.

Lt. Col. Meyers, a highly decorated soldier, was commissioned as a US Army Combat Engineer in 2004 and assigned to Fort Irwin, California, with the 58th Combat Engineer Company (CEC), 11Tth Armored Cavalry Regiment where he served as a Platoon Leader and Company Executive Officer. While serving with 58TH CEC, the unit deployed to Northern Iraq in support of Operation Iraqi Freedom 2007-2009. In 2009, LTC Meyers was assigned to 3rd Armored Brigade Combat Team (ABCT), 4th Infantry Division at Fort Carson, Colorado, where he served as the Brigade Engineer, a Company Commander, and a Battalion Operations Officer. Shortly after arrival, the unit deployed to Southern Iraq in support of Operation New Dawn. In 2013, while assigned to the Training and Doctrine Commands Analysis Center stationed at Fort Bliss, Texas and later White Sands Missile Range, New Mexico, he served as an Operations Analyst supporting the Network Integration Exercises, Army Warfighting Assessment, Joint Warfighting Assessment, and other studies for the US Army. In 2017, LTC Meyers moved to US Army Garrison Bavaria, Graffenwoehr, Germany with the 7th Army Training Command where he served as the Chief of Operations and later the Commandant for the Combined Arms Training Center in Vilseck, Germany. Currently, Meyers is assigned to the Joint Chiefs of Staff at the Pentagon.

Meyers has been married 17 years to the former Karyn Nissel of Atwater, Ohio. They have two boys, Alexander and Jason. Karyn was an Army Logistics Officer for 8 years and deployed in support of Operation Iraqi Freedom 2007-09.

The stars continue to shine for this concert as the band will feature John and Chelsea Whirledge to the stage to sing our yearly favorites with you. The band will also feature marches and other patriotic music that will enhance the evening.

We hope you will come out to the Greenville City Park on Sunday, July 4 at 7 p.m. to hear the first show in 2 years. Plenty of bench seating is available or you are invited to bring your own lawn blankets or chairs.