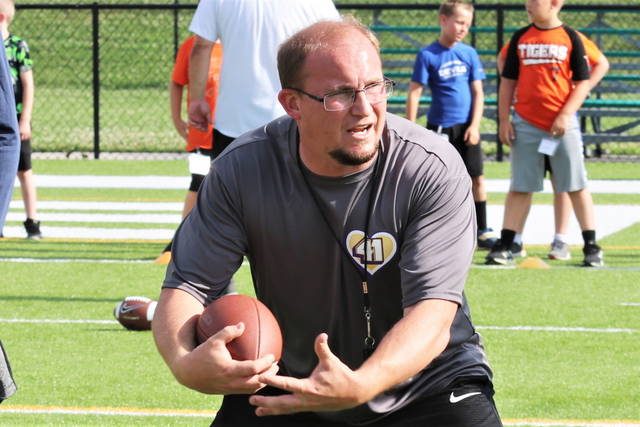 Versailles was Cates’ first stop on his list of coaching jobs assisting his high school coach where he helped with the freshman team one season.

Cates spent the following two years at Arcanum working with the high school team while helping with the junior high one season.

“I kind of had to do double duty,” Cates noted. “Had a guy that had a health issue so they asked me to fill in for a little while – so I did get a taste of some junior high.”

“I was teaching in the building at South and I think that had a lot to do with it,” said Cates, “so I left Greenville, but I loved coaching with Coach Shaffer”

“At South I called the offense and coached the offensive line and helped with linebackers,” continued Cates. “We were lucky enough to have a great group of kids and we really helped change the culture over there. I will always appreciate South for giving my first head coaching job.”

“We upset Covington a couple times and that helped me get the Covington job,” said Cates. “What a place to coach.”

“Covington was incredible,” Cates said of the OHSAA D-VI program. “The kids are winners over there for a reason and I came into a gold mine right away. We went 11-1 and lost to Fort Recovery (State Champions) but that is some great kids that just flew around. I coached a lot of positions over there as well and coached with some great people.”

“The Vandalia-Butler job came open and one of my assistants is from there, their facilities are phenomenal, my oldest daughter goes to school there so that was a big reason why I looked into that job,” Cates noted. “I am excited to hopefully turn that program around.”

“We helped turn South’s around and then between South and Covington we just kept the standard going and made some good runs,” said Cates. “Went to the regional finals and did some nice things and hopefully turn Butler’s program around. They have been struggling the last few years so hoping to get that going in the right direction.”

Coach Cates is ready for the challenge of the 2021 season as he moves from the Cross County Conference (CCC) to the MVL.

“I look at it as on overall posative because they don’t know me, I don’t know them,” Cates said of his move. “It’s a fresh start – the negative is I don’t know enough about those other teams but I retained some assistants that know. It is always neat to get a fresh new start.”

“It’s a tough league, I know that. We play Northmont week one so really tough test, a lot bigger school but excited to play those teams, excited for the more competition. We have great numbers out.”

“I know most of the coaches in the Miami Valley League just through different things, coaching in All-Star games, coaching at Greenville, Bart (Schmitz) and I were assistants together at Greenville,” added Cates. “I know every coach in the league pretty well except for Stebbins coach.”

Coach Cates took a moment to reflect on a memorable 30-24 playoff win over Arcanum while coaching his last season at Covington.

For the better part of four quarters, Arcanum looked in complete control against Buccs in D-VI playoff action at Covington’s Smith Field, but the Buccs were able to mount two scoring drives in the final four minutes and finish the game with 23 unanswered points and escape with a victory.

“The first time I coached against Arcanum it about killed me,” said Cates. “I was not a very good coach when I was at Twin Valley South the first time coaching against my home town. I still feel bad for those kids because I was too emotionally invested, didn’t think the right way.”

“We were fortunate to win the next seven times but the first time I lost to them – so that game is always hard for me. It got easier but it was always some emotion especially playing there when I was in that locker room, gave a lot to that program, it’s tough.”

“This last game was nuts. We did not have any reason to win that game and things just bounced our way. We had some luck but our kids fight to the end at Covington and the Covington kids never gave up and they expected to win. It was one of those nights, it was a horrible first half but what a great feeling, it was like getting shocked – did we really just win this game.”

“We were so down I didn’t really get caught up in the “they are from Arcanum” – we just wanted to come back and win this game but the first time I absolutley was not a very good head coach,” Cates added. “That first time coaching against Arcanum – that was very hard for me because growing up there and I wanted to beat them real bad because I wanted that job; didn’t get it and there was a lot of mixed emotions but it got easier – but it’s always tough.” 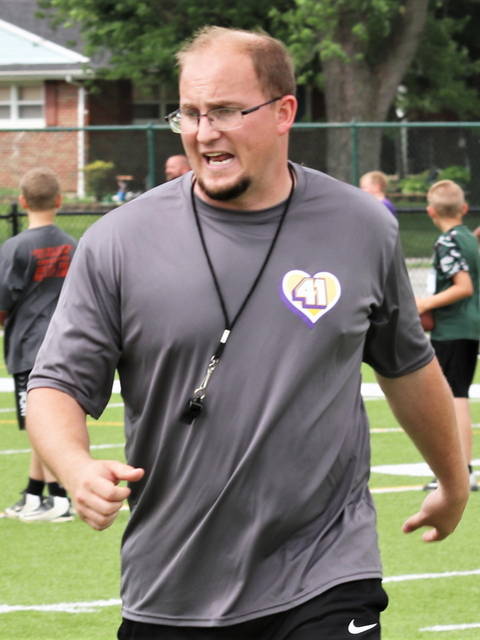 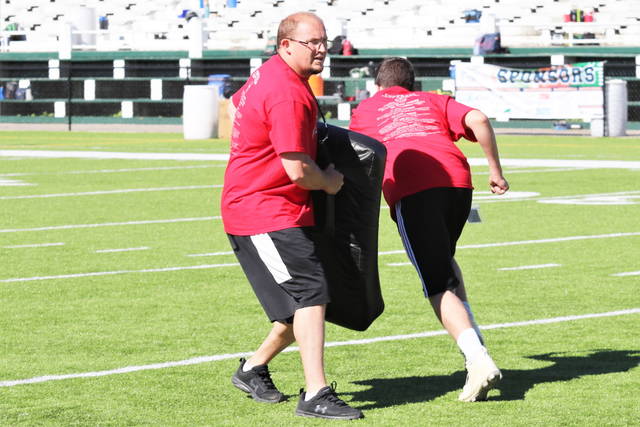 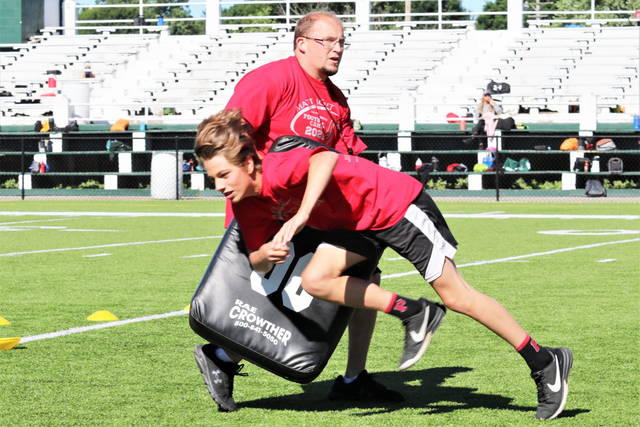 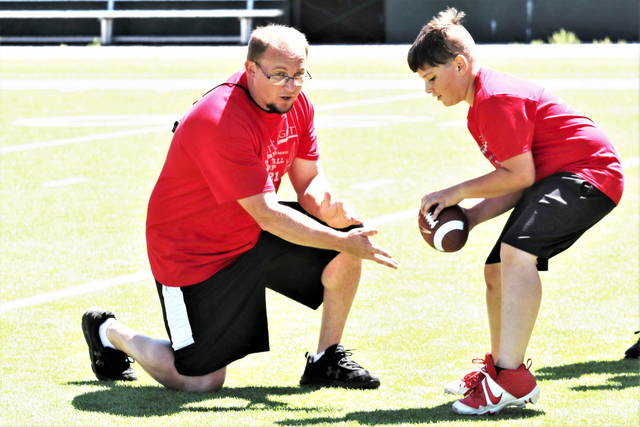 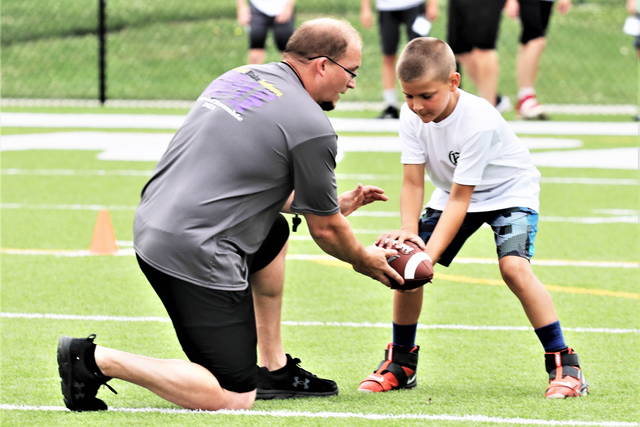 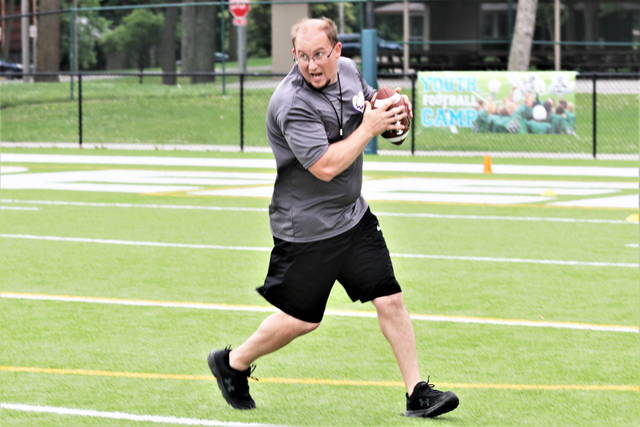 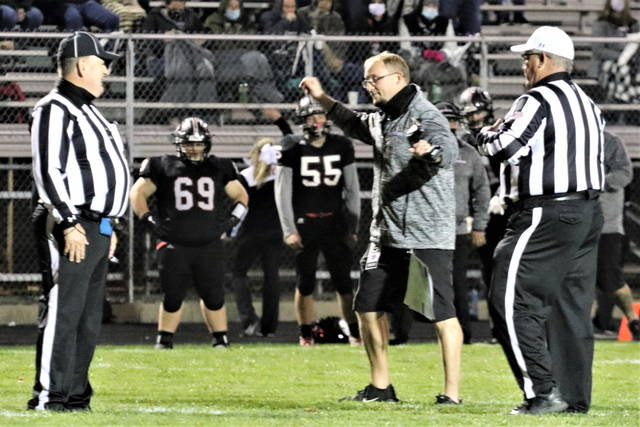