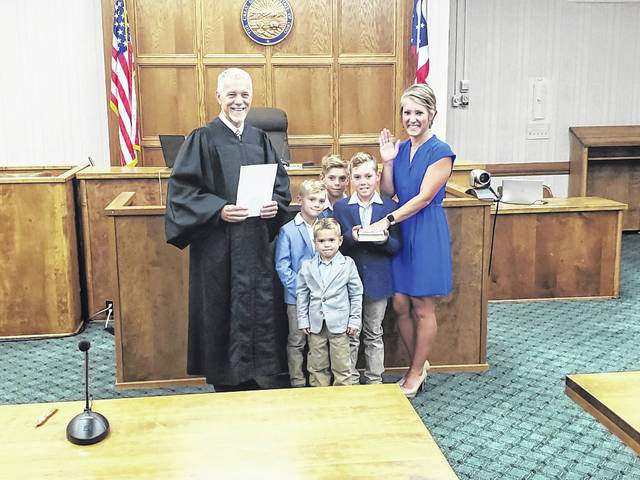 Holzapfel was selected as the strongest candidate based on her professional skill set, experience, and vision for the job. With years of title and real estate transaction experience, Holzapfel brings a fresh perspective to the need for an upgraded website, a more compatible software platform, and continued focus on customer service. Holzapfel is a life-long resident of Darke County, a graduate of Greenville High School who studied business/dance at Butler University/Sinclair Community College and is a registered Republican. She is also co-founder of the Final Bow Center for Children’s Performing Arts and resides in Greenville with her four young boys.