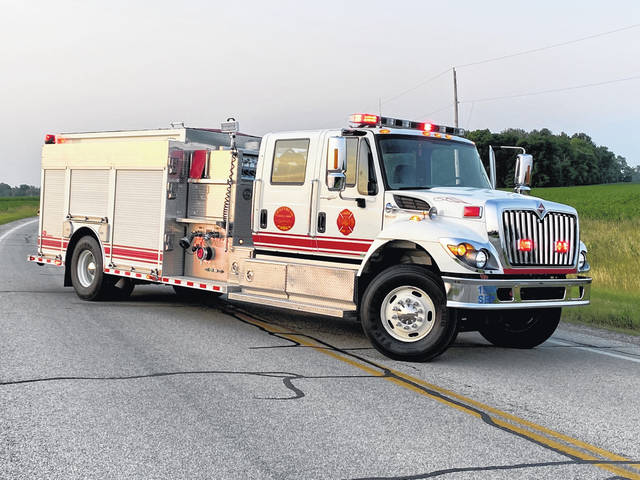 ARCANUM — First responders were called to the scene of two separate July 4 crashes which ended in fatalities.

According to the Darke County Sheriff’s Office, investigation revealed a red 2002 Volkswagon, driven by a 16-year-old of Troy, was traveling eastbound on St. Rt. 571. The unidentified juvenile failed to negotiate a curve, crossed left of center before continuing off the left side of the roadway. The vehicle then rolled multiple times coming to rest on its side entrapping the driver within. The teenager was pronounced dead at the scene.

According to the Darke County Sheriff’s Office, a preliminary investigation into the incident has revealed that a black 2008 Honda CMX250 motorcycle, driven by Thomas Shatzley, 85, of Pleasant Hill, was traveling south on Red River West Grove Road. Shatzley attempted to turn east onto Penney Road when he failed to notice and pulled into the pathway of a blue 2003 Honda Accord, driven by a 17-year-old juvenile, of Arcanum, traveling northbound on Red River West Grove Road. Shatzley’s vehicle was struck by the Honda resulting in Shatzley being ejected from his motorcycle.

Shatzley was treated on the scene by Arcanum Rescue prior to being transported by CareFlight to Miami Valley Hospital where he later succumbed to his injuries.

The teenage driver of the Honda was evaluated on the scene, however refused any further treatment and transport to a medical facility.

The Darke County Accident Reconstruction Team as well as the Darke County Coroner’s Office were requested to both scenes to aid in the investigations of the incidents.