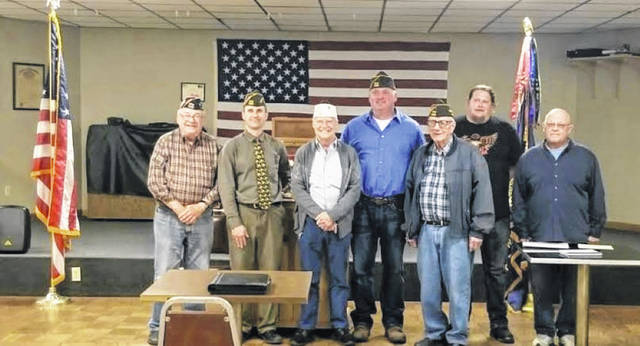 GREENVILLE — As we bask in the zenith of the summer sun with BBQs, festivals, reunions, and family gatherings, one landmark Greenville organization will celebrate its 75th Anniversary in 2021.

Greenville’s VFW Post 7262 was first chartered May 26, 1946, as local Darke County veterans were returning home from serving abroad in both the European and Pacific theatres of World War II. The VFW, or Veterans of Foreign Wars, can trace its national origin to 1899, when many soldiers returned home wounded and sick from the Spanish-American War (1898) and the Philippine Insurrection (1899 to 1902). Because medical care or pensions were scarce, veterans were left to care for themselves. Consequently, these military brothers “banded together” to form organizations to secure their rights and benefits— eventually joining forces to become the VFW of the United States. As chapters were formed in Ohio, Colorado and Pennsylvania, the VFW quickly gained national momentum with 1.5 million members. The Ohio VFW quickly formed 12 Districts throughout the state, and Greenville’s Post 7262 became a part of Ohio VFW District 3.

The first Greenville VFW Post 7262 Commander was John Engleken, who met with several founding members at the original Littman (Thomas) Insurance Building, located on Broadway, in Greenville. As their membership grew, Post 7262 moved to the Klepinger Insurance Building on Wayne Avenue, and enjoyed hosting activities at the Sater Lanes Bowling Alley.

In 1975, the Greenville VFW moved to their current headquarters at 219 N. Ohio Street (known as “the Old Gravel Pit” by local residents) and purchased it from resident and business owner Tom Hunt. The serene 12-acre location includes a hall, dining area, bar, and scenic views of the lake. As the VFW Post 7262 grew in its new location, more opportunities presented themselves to make a greater impact for awareness of veterans issues and concerns.

“One of our biggest projects happened in 1998, when we brought the Vietnam Veterans Moving Wall (“The Wall that Heals”) to Greenville,” said Don Dietrich, past Commander for Post 7262. “That event really built momentum to create our Veterans Memorial Park.”

Over the year, VFW Post 7262 has made strides in welcoming new members, which has not always come easy. With each war or conflict comes a new, diverse group of men and women who return back home, often feeling out of place and alone. The Greenville VFW has worked hard to reach out and welcome those who might feel isolated after serving, providing a comfortable place to gather, share stories, remember the fallen, and look to the future.

“One special project is the Veterans Memorial Park and Digital Library Mobile Studio,” said Dietrich. “Our goal is to go around the state of Ohio and interview veterans, and preserve the integrity of their stories and memories of their time in military service. If you are veteran and would like to share your story, please us know by calling the Post at 937-548-4004.”

To honor its 75 anniversary, the Greenville VFW Post 7262 has planned an all-day “75th Anniversary Jubilee,” on Saturday, July 17, 2021, from 11 a.m. to 10 p.m., at the VFW Post Headquarters, located at 219 N. Ohio Street, in Greenville. Everyone is invited to come out, enjoy the summer weather with food, friends and lively entertainment.

In addition, the Post will also feature a Fishing Derby for children (age 2 to 14 years) from 12 to 2 p.m., with T-shirts given to participants and prize fishing poles to the top 20.

A special ceremony to honor the 75th Jubilee will take place at 4 p.m., with Greenville Mayor Steve Willman issuing a special proclamation to celebrate the occasion.

Afterwards, be sure to bring lawn chairs as the day concludes, from 7 to 10 p.m., with a live musical performance by Shot of Whiskey, featuring local guitarists and musicians Amanda Livingston, Jana Kolling, and Kelly Holmes. (If inclement weather, performance will be held indoors).

In addition, the VFW Post 7262 will host Membership Drive throughout the day, greeting the public, welcoming those who have an interest in the VFW, and answering questions about the Greenville Post.

“The best way to support us is to become a member, an auxiliary member, or a booster member,” said Dietrich. “We offer a place for members to get together, enjoy a beverage, and talk. The general public can support our fundraisers, like our Chicken Dinners, to help us raise funds to support the outreach efforts in the community. Also, Poppy Days is one of the biggest fundraisers that we have to support the Dayton VA and Ohio VFW Veterans Services. ”

To become a member of the VFW, prospective members must have a served on foreign soil, in a Designated foreign war or campaign (campaign ribbon) and have an Honorable Discharge. To become an Auxiliary member, one needs to have an affiliation with a foreign war, DD-214 form, and an Honorable Discharge. Any person, military or civilian, can belong to the VFW Boosters if they have a Post member sponsor.

“Although COVID set us back a bit from doing fundraisers, we have an great community here in Greenville. People have really come out to support our events!” said Dietrich. “We also work well with the combined Honor Guard consisting of 7262, Disabled American Vets Chap 57, and the American Legion Post 140. We are fortunate to have so many friends!”