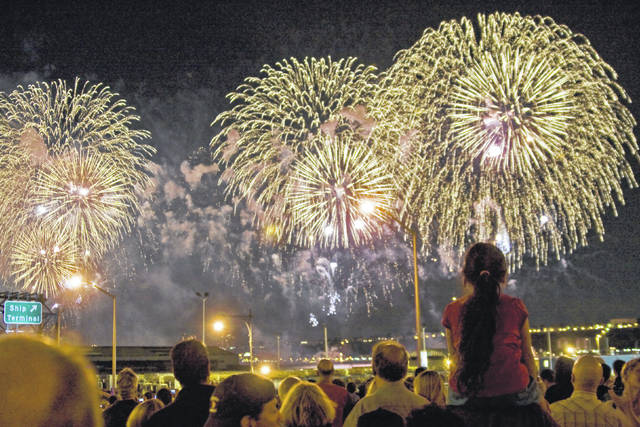 GREENVILLE — Turning night into day is a classic way to spend summer nights, but there is a hidden harm which party goers do not often see.

While Independence Day fireworks can be a celebratory component for those across the United States, they can also be a trigger for combat veterans and trauma survivors.

Post Traumatic Stress Disorder (PTSD) is caused when an individual has difficulty recovering after witnessing a terrifying event. Approximately one out of 11 people are diagnosed with PTSD in their lifetime.

The mental stress the illness holds is a very sensitive subject. Individuals often choose to try and hide the symptoms instead of finding help because being open about the topic has various adverse effects, related to employment and personal relationships.

“It’s like playing a game of chess between your mind and life,” said a source, whom we will call “Bob,” who wished not to be named. “Each person has different triggers and each person deals with these triggers differently.”

Though Fourth of July celebrations for 2021 have ended, firework activity, public and private, is expected long after Independence Day.

Celina will host a Lake Festival on July 23, with fireworks as its main attraction, and is not the only municipality with the festive idea.

Tracy Brewer, a Yorkshire resident, claims it isn’t something you think about until someone you know makes you aware.

“We received a letter from a friend we had invited to our Fourth of July party once,” Brewer said. “He said thank you but he can’t come because the noise bothers him.”

The family friend went on to explain how the boom of the fireworks would make him jump and remind him of his time in military service. He loves the holiday, but can not bring himself to enjoy the bright lights and loud sounds of celebratory fireworks.

“It’s why we don’t set them off any day but on the Fourth,” Brewer said.

Unfortunately, not everyone is as understanding when it comes to fireworks and PTSD triggers. The problem is not easily fixed because it is not one which readily goes away.

Many veterans have heard suppressive, harsh comments due to a lack of education and understanding.

“Using terms like ‘oh that’s ‘just a crazy old vet, or he’s lost in an old war, just get over it the war is over,’ these are statements that we hear.” Bob said. “They just make us feel worse.”

Individuals who suffer from PTSD often avoid certain places and events causing them and sometimes their family to miss out.

Come next July 4, those afflicted with PTSD hope to see a little more understanding and hear a lot less noise, fireworks or otherwise.

“I think the best thing society can do for our vets with PTSD is to tell them they aren’t alone and there is help, not a cure, but help,” said Bob.