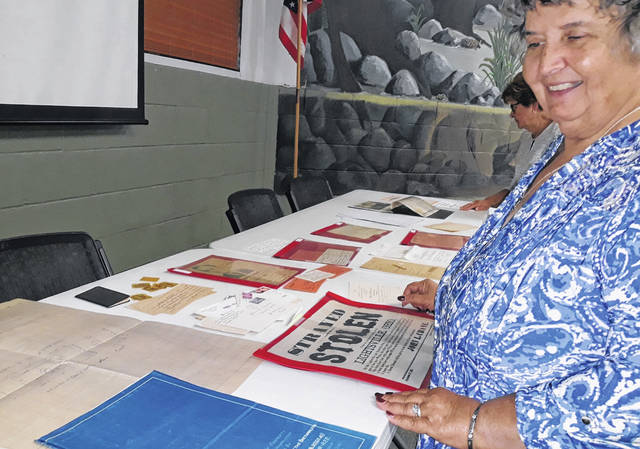 As a Darke County native and graduate of Ansonia High School, Pike won election back in 1996, replacing former Clerk of Courts, Elsie Stenzel, who retired. Having attended the American Institute for Paralegal Studies and Edison Community College, Pike has put her many interests, talents and skills to good use throughout her remarkable 25 year career as the Clerk of Courts of the Common Pleas.

In addition, Pike also manages Darke County’s Title Office, which handles the documentation, titling and tax collection for all motor vehicles and watercraft. Between both offices, Pike oversees more than $15 million in revenue, most of which is sales tax collected for the State of Ohio. Since taking office, one of her most notable achievements was the moving the Title Office from its previous location at the Darke County Courthouse to Wagner Avenue – no small task for the Darke County’s top record-keeping chief.

“Every time a case gets filed or a vehicle gets titled, it’s paper, paper, and more paper,” said Pike. “So we end up with boxes of paper in the county. In trying to consolidate and eliminate the paper copies (within the County offices) I think it is interesting how people used to talk and record things…”

One artifact discovered in the basement of the courthouse was a September 1879 poster from farmer John L. Crane, which asked for the public’s help in locating “3 Milch Cows,” lost or stolen, one mile east of Lightsville,” which promised “a liberal reward” to the finder. Pike also noted that in the 1800s, everything was recorded by hand, so penmanship was a highly valued skill, which enabled people to read and document the record accurately – especially with regard to court proceedings, disputes, and payments of fines. In addition, Pike showed audience members the first documented car title in Darke County, issued to Jack Foster of Greenville, in Jan. 3, 1929, for a 1929 6-cylinder Dodge Sedan, signed by Dan W. Shepherd, Darke County Clerk of Courts.

Due to Darke County’s long history, officially established in March 1817, local genealogists and researchers nationwide have welcomed Pike’s efforts, which have allowed those with a desire to do records searches a far more cost-efficient, time-effective way to obtain proof documents required for ancestry, historical history projects, and memberships to genealogical organizations.

“People from out of state look for interesting details in their family historical records,” said Pike.

In overseeing process of documenting and digitizing over two hundred years of Darke County’s public records, Pike has made some interesting discoveries along the way, some of which she shared with the audience.

“Although many of our records had been put on Microfiche and Microfilm, those methods of record keeping also deteriorate over time, “ Pike told the audience. “Everything that was and is on the Microfiche or Microfilm, older cases especially, are backed up in a records care facility for all Ohio Counties in Pennsylvania known as the “Iron Mountain. Carol Ginn and I spent three days cataloguing hundreds of reels of microfilm at the Iron Mountain.”

The Iron Mountain is a 1.7 million sq. ft. high-security storage facility in a former limestone mine at Boyers, Pa., near the city of Butler. The facility features climate-controlled storage areas which are protected by armed guards. This process of county records storage peaked the curiosity of audience members who asked Pike about the protocols involved in handling records and artifacts – like the original copy (and notes) of Margaret Mitchell’s Gone With the Wind, which is in safe-keeping there.

“We had to go through strict clearance before we were allowed to even make an appointment to go,” said Pike. “We couldn’t take our cell phones or even personal ID into this facility. It reminded me of an underground city. Each business, bank, industry, and county had a specific assigned ‘address’ where records were kept. Once you were there, you were locked in the room until you called to be let out to leave the facility. It is a serious process which requires hours of time, patience, and attention to details.”

The next DCRWC meeting will be held on Monday, Aug. 9, 2021, with a panel to discuss the impact of Critical Race Theory (CRT), both nationally and within Ohio’s educational system. Questions? Contact President Jaime LeVeck at: [email protected], or for more information about the DCRWC, visit www.darkegop.org/womens-club.html. 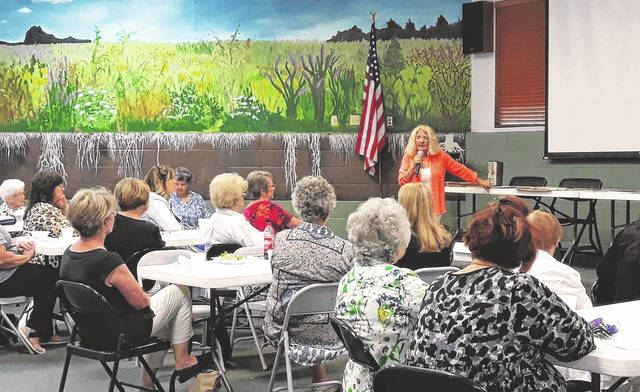