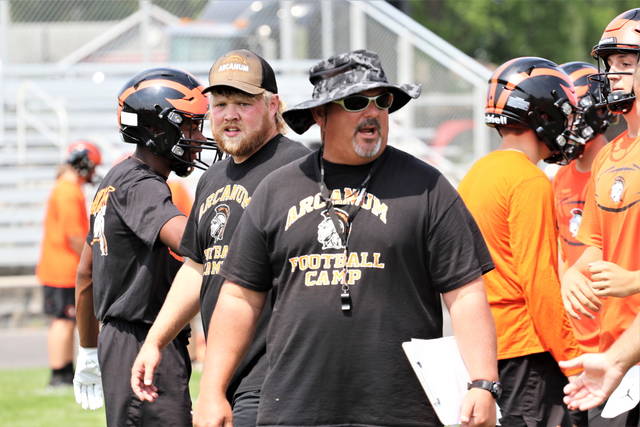 “This (7-on-7 passing scrimmage) is good for us,” said Arcanum head football coach, Jason Schondelmyer. “It really plays into what we do offensively so for us to get some reps out here it’s important – better for us than some of our opponents today. They just don’t throw it as much as we do.”

Coach Schondelmyer returns a veteran squad strong on passing for the innagural season of the Western Ohia Athletic Conference (WOAC) with 37 athletes suiting up for the 2021 high school season.

“There is no secret about us throwing but our guys are getting better,” said Coach Schonelmyer. “The guys feel more comfortable, feel more confident in what we are doing and then they are playing faster. As a coach that is what you want.”

The Trojans not only return a veteran squad but also has good numbers at the freshman and sophomore level.

“They’re doing good,” Schondelmyer said of the underclassmen. “The good thing about it is I think we are going tobe able to field a JV team and that’s very important to us so right now.”

“We have good numbers with those guys,” continued Schondelmyer. “It’s just one big process for them, it’s a lot of learning for them so there is still a little learning curve but we’re happy where they’re at.” 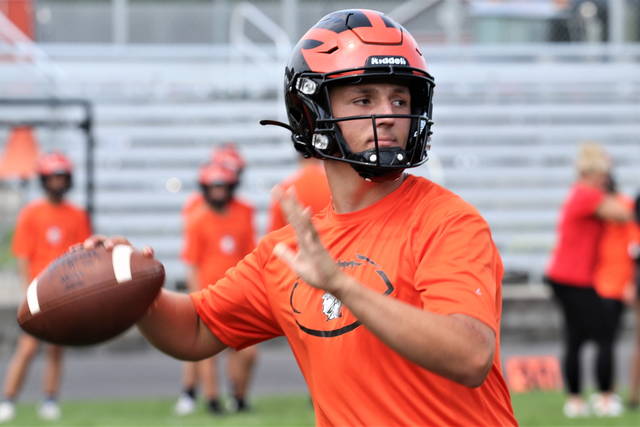 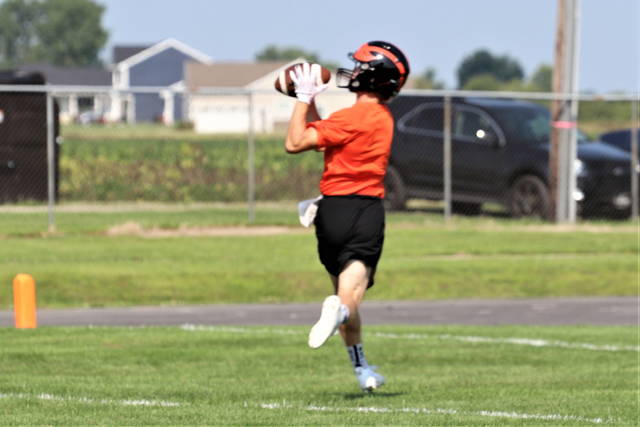 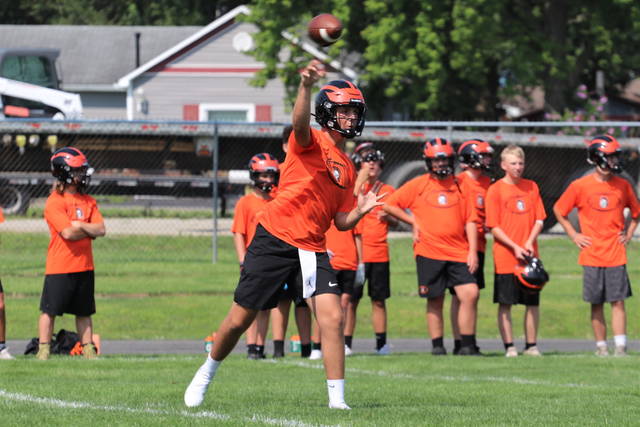 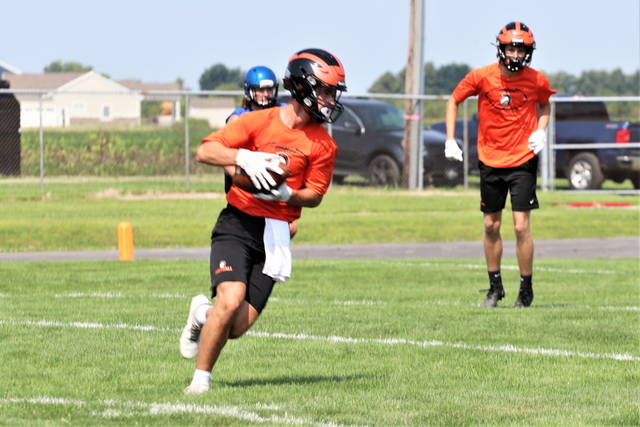 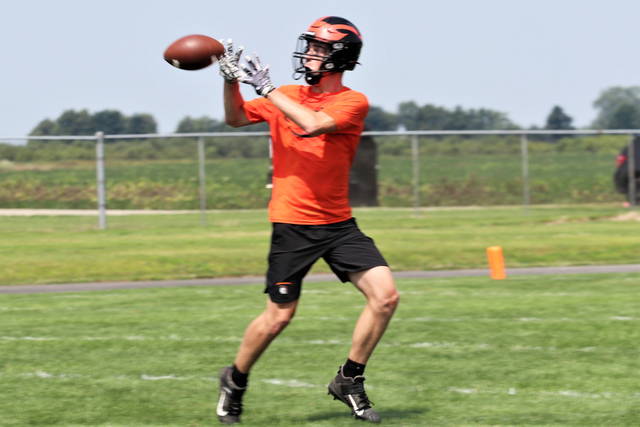