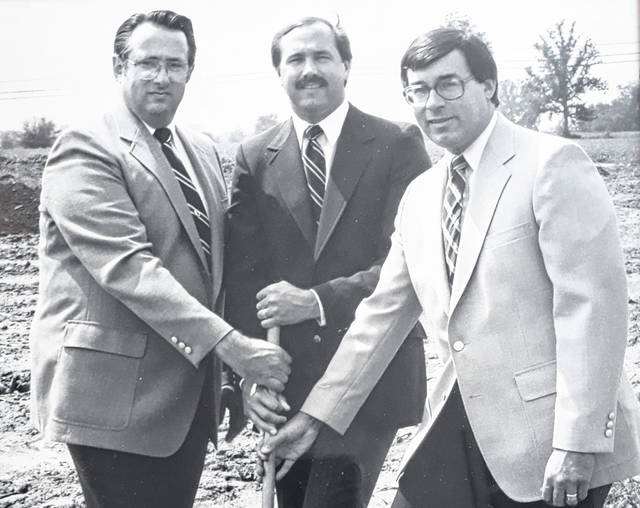 GREENVILLE — Darke County is rich in heritage and traditions, from patriots serving Washington’s cause, to pioneers seeking opportunities to thrive, to families wishing to farm the land and build a legacy within this beloved Ohio valley that has become ‘home.’

For generations, small town communities have connected with each other, with neighbors becoming like family over time. For 80 years, two special Darke County families – the Zechars and the Baileys – have been there to hold our hands when it is time to say “goodbye” to our loved ones.

The Zechar family has deep roots here, settling in Franklin Township near Arcanum in Painter Creek. Their generational story begins with Arthur and Nettie Zechar celebrating the arrival of two special identical twin boys – Deo Byron Zechar and Leo Myron Zechar, born at home in 1914. When the Zechars moved to Greenville in 1923, the 9-year old brothers had already been thinking about going into business together; however, it wasn’t until they graduated from Greenville High School in 1934 that they pursued the call to become funeral directors. Although Byron and Myron both achieved their Funeral Director’s licensure through American Board of Funeral Service Education (ABFSE), only Myron went on to the Cincinnati College of Embalming because finances during the depression were tight.

In 1941, the Zechar brothers opened their first business — Zechar Funeral Home — in the 300 block of East Third Street in Greenville. As they married, and their families grew, it was Byron Zechar’s two sons, Gary and Kent, who felt the same vocational calling to join the family’s funeral business. After attending college in 1964, Gary Zechar earned his degree in Mortuary Science from the prestigious Cincinnati College of Mortuary Science (CCMS).

“It was and is very important to gain the community’s respect by doing excellent work and treating everyone like family,” said Gary. “Helping people in their time of need — that’s the main thing.

Kent Zechar, Byron’s youngest son, also earned his degree in Mortuary Science from CCMS in 1974. Over the years, with Gary and Kent at the helm, the umbrella of the Zechar’s family business expanded to include two other respected funeral homes, Miller and McKnight & Baker.

“We’ve been given an opportunity to develop longstanding relationships with families,” said Kent. “Treat people the way you want to be treated, with respect and dignity –a pretty simple philosophy.”

In 1985, another new chapter of the story began as Gary and Kent Zechar invited a new partner to join the family business venture. Joe Bailey, who was Darke County native and Arcanum High School graduate, also earned his degree from the Cincinnati School of Mortuary Science in 1964. Sensing that he was called to serve the communities in Darke County, Bailey worked for C. J. Miller & Sons Funeral Home for 14 years. He married the love of his life, Greenville native Wanda Fae Bruss, in 1971, and through a series of extraordinary circumstances, they moved to Versailles, where Bailey purchased the Miller-Hill Funeral Home, located at 653 Hicky Avenue, in 1979.

After the tragic accidental death of their only child , Heather, the Baileys merged into full partnership with Gary and Kent Zechar in 1985, renaming the Versailles facility “Bailey Zechar Funeral Home,” and breaking ground their current facility at 1499 N. Broadway in Greenville, where Joe continued until his full retirement in 2002.

“I definitely feel I was called to be a funeral director, like a minister is called by the Lord,” said Bailey, reflectively. “I thank God several times a day for my wife, my family and friends, and for the opportunity to work with so many people through the years.”

Although retired, Bailey continues to help Darke County families through the After-Care ministry they began many years ago, while members of the Oakland Church of the Brethren, in Bradford. This ministry provides thoughtful consoling words of encouragement for grieving families after the loss of a loved one.

“I feel so blessed to be able to help so many…when people are at their lowest, especially when it’s unexpected…it’s a blow that’s hard to imagine,” said Bailey, adding, “We have had the privilege of serving people…and helping them to cope with their grief.”

Greg Zechar, Gary’s younger son, is now the third generation of the Zechar family following the call to serve Darke County families, having also graduated with his BA from the CCMS in 1995.

“When I was still in high school, I enjoyed helping my Dad and Uncle Kent at the funeral home –mowing the lawns, washing the cars… I saw firsthand how a funeral home is well-managed and maintained,” he said.

While the average funeral costs have certainly risen over the years — from $355 in 1941, to $7500 in 2021 — the attention to care and detail have always been foremost at Zechar-Bailey, with their talented staff of professionals, including Gary, Kent and Greg Zechar, along with funeral directors Jeff Lyme and Roz Server, and support staff John Wirrig, David Nixon, Jane Clum, Hallie Foureman, Tom Blakeley, Steve Schlechty, Donn Thornhill, Janet Weimer, Marvin Peters, Larry Peters, Krista Stump, Dan Brown and Tom Magoto. Most recently, Zechar Bailey has encouraged the community to consider making their funeral arrangements in advance, by offering seminars and gatherings to explain the process and costs involved.

“While making arrangements in advance is encouraged now more than ever, we work with families to help them through difficult times,” said Greg. “We will not financially burden a family in need or crisis, and will work within the budget they are in.”

Celebrating this 80th anniversary milestone with the Darke County community means so much to the Zechar family, who have long supported programs and outreaches throughout Darke County, including YOLO Urban Park and the amphitheater in Versailles, Greenville Rotary Club, Greenville Kiwanis, Big Brothers Big Sisters, Darke County Chamber of Commerce, Main Street Greenville, Bridges to College, among many others.

A celebration to honor this occasion will happen, along with the Mainstreet Greenville Artisan Stroll, on Friday, Aug. 6, with a concert by by Deron Bell in YOLO Park, at 6:30 p.m., with free cookies from Beanz Bakery and ice cream from the Gospel Baptist ice-cream trailer.

Although Greg Zechar’s sons, Austin and Tyler, are interested in computer science, the Zechar family legacy is one of answering a high calling — to console those who mourn — and the many blessings that come to those who do. For those who might be interested in this field, it is one that demands much, but gives comfort and hope.

“Come in and ask questions,” said Greg. “As most of our staff are going to eventually retire, I am looking to see who will step forward to fulfill the legacy of this business!” 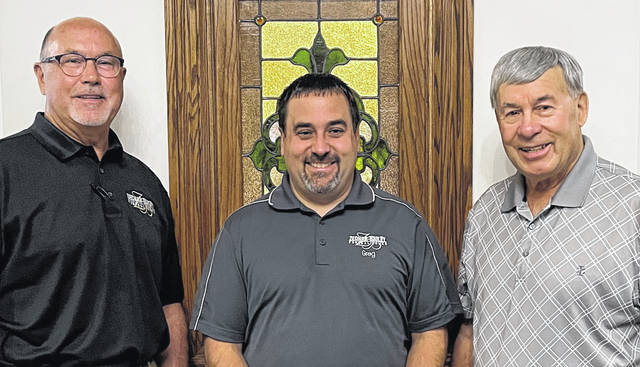 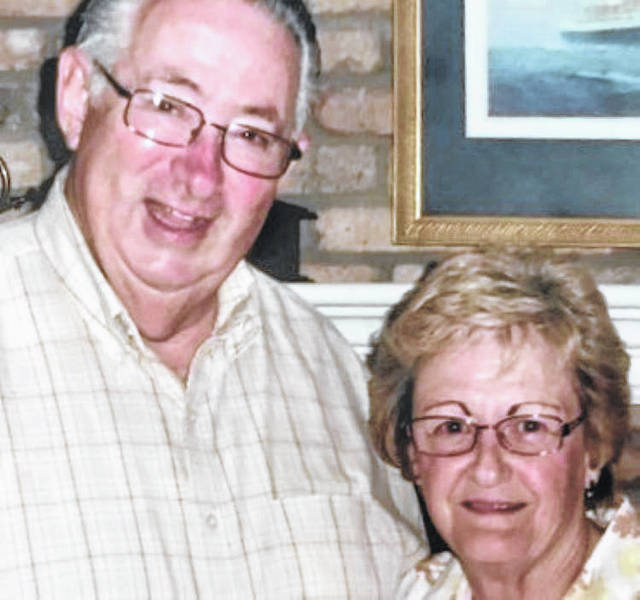 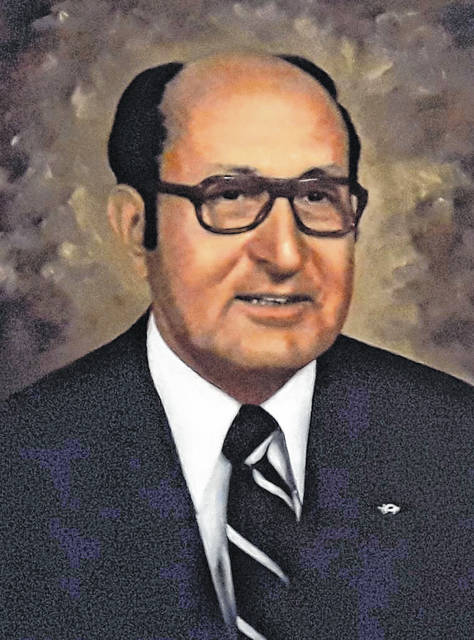 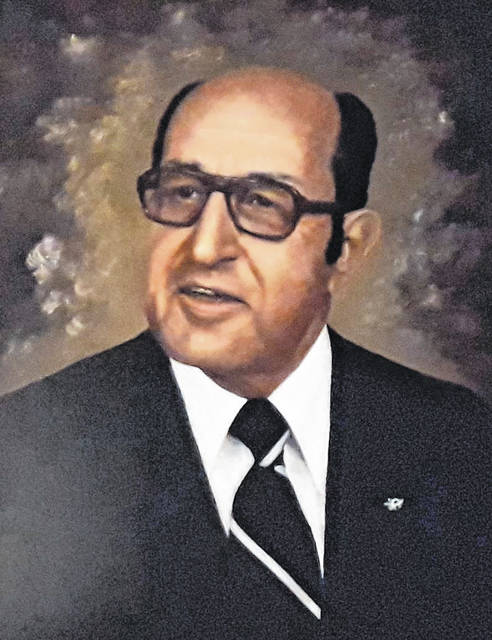