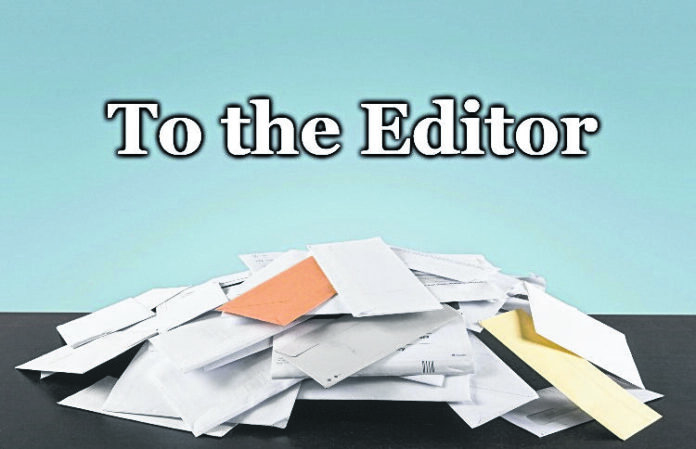 This has been a hard year for many of us here in Darke County. The pandemic caused the loss of many lives, and incredible hardships for many small businesses. But it has also been a year of progress and resilience.

Over the past year, I’ve had the pleasure of hosting Darke County’s LGBTQ community and support group — Beyond the Rainbow. Over time our group has grown, and next month we’re excited to host our first Pride Visibility March on Aug. 7 in downtown Greenville, Ohio.

Some people might wonder why we need a Pride Visibility March in Darke County. Our goals for the march are two-fold. Celebrate diversity, inclusion and equality for all people in Darke County, and raise awareness about the importance of the Ohio Fairness Act and the federal Equality Act.

LGBTQ people in Darke County share the same values as many other rural Americans. Hard work. Commitment to the community. Strong family ties. In small towns across America, LGBTQ people are farmers, construction workers, factory workers, grocers, and small business owners. And just like other Americans, faith is an important part of daily living.

People of faith believe that we should respect the fundamental dignity of all people and treat others as we want to be treated. It is possible to protect LGBTQ people from unjust discrimination and also uphold religious freedom.

All people should be able to go to work and school and be able to provide for their families and loved ones. Live and let live is a part of who we are. Yet, many people are surprised to learn there are no federal protections for LGBTQ Americans. Hardworking, tax-paying, law abiding LGBTQ Americans still face discrimination.

The Ohio Fairness Act and the Equality Act are both pieces of legislation that would prohibit discrimination against LGBTQ people in employment, housing and public accommodations. LGBTQ people would be guaranteed fundamental protections from discrimination in every area of life — from school to the workplace to the public square.

Until last year, it was legal to fire LGBTQ people from their jobs just because of who they are or who they love. As rural Americans, we believe all people deserve the right to go to work and care for themselves and their families. The Ohio Fairness Act and the Equality Act would codify protections against employment discrimination in Ohio and across the United States.

Until an executive order was issued this year, it was legal for LGBTQ people who pay their rent on time to be forced out of their homes or denied a place to live just because they are LGBTQ. This has even happened in Darke County. The Ohio Fairness Act and the Equality Act would further ensure all people can secure a home, no matter who they love.

Today, it is still legal to discriminate against LGBTQ people in public places like restaurants, public transportation and car repair shops. The Equality Act would modernize the Civil Rights Act of 1964 to prohibit discrimination in public accommodations based on sexual orientation and gender identity.

As rural Americans, we tend to agree on two important ideas — Freedom and Fairness. Discrimination against LGBTQ people is against freedom and it is unfair.

The Equality Act has broad and deep support across lines of political party, demographics and geography. In fact, 62 percent of Republicans, 78 percent of Independents, and 85 percent of Democrats believe no one should be refused a place to live, turned away from public spaces, denied medical care, or fired from a job because of who they are or who they love.

I invite you to join us for the Pride Visibility March and help us urge Senator Rob Portman to support the Equality Act, and also call on Ohio State Representatives Susan Manchester and Jenna Powell, as well as State Senators Stephen Huffman and Matt Huffman to vote yes on the Ohio Fairness Act.

For further information on Beyond the Rainbow, visit beyondtherainbow.dcmcuniversalarts.com.

Viewpoints expressed in Letters to the Editor are the work of the author. Darke County Media does not endorse the viewpoints contained therein. To email a letter to the editor, please include your first and last name, city of residence, phone number, as well as your letter, to [email protected].

No vaccine mandate for officers