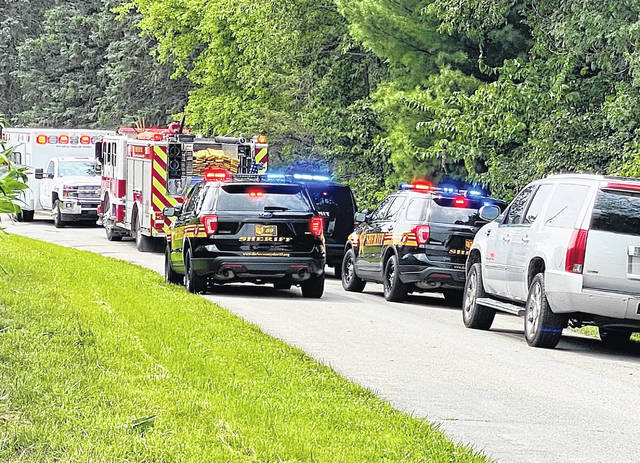 UNION CITY, Ohio — A Greenville man was airlifted from the scene of an accident Thursday afternoon following a motorcycle involved head-on collision in the outskirts of Union City.

At approximately 2:58 p.m. emergency personnel from Union City Ohio Fire and Rescue responded along with Darke County deputies, Union City Ohio Police Department and CareFlight to the 1100 block of Converse Road in reference to an injury crash involving a motorcycle.

Charles, who was ejected from his motorcycle as a result of the impact, was treated on the scene by Union City Rescue prior to being airlifted by CareFlight to Miami Valley Hospital with what were described as critical life-threatening-injuries. The driver of the GMC, Wilbur Sink, 68, of Union City, Ohio, was treated and released on the scene refusing any further treatment and transport to a medical facility.

Because of the severity of the crash, the Darke County Sheriff’s Office Accident Reconstruction Team was requested to the scene to aid with the investigation into the crash.