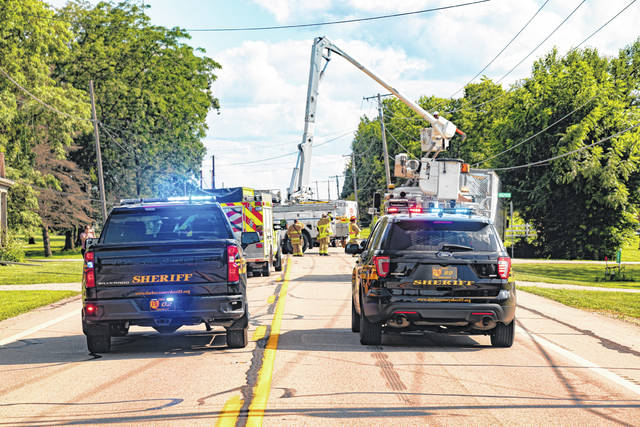 At approximately 4:36 p.m., emergency personnel from the New Madison Fire Department and Tri-Village Rescue responded along with Darke County deputies and the OSP Motor Carrier Division to the intersection of U.S. Route 127 and Hogpath Road in reference to a two-vehicle injury crash.

According to the Darke County Sheriff’s Office, a red 2019 Ford EcoSport, driven by Jenny Hawkey, 68, of New Madison, was traveling south on U.S. Route 127 when she slowed to traffic in an attempt to make a right turn onto westbound Hogpath Road. Hawkey was struck by a red 2015 Kenworth semi-tractor and trailer, driven by Kevin Harris, 55, of Sunrise, Fla. Harris was also traveling southbound on U.S. Route 127 following the Ford SUV. The semi-tractor and trailer struck the passenger side of the Ford forcing both vehicles off the right side of the roadway. The Kenworth then struck and knocked down a utility pole downing power lines across the two-lane highway, knocking out service to thousands of customers.

Hawkey was treated at the scene for minor injuries prior to being transported to Wayne HealthCare for what deputies described as precautionary reasons. Harris was examined at the scene and found to be uninjured in the incident.

According to a representative from AES Ohio (formerly DP&L), an estimated 1,500-to-2,000 customers were left without electricity due to the crash. U.S. Route 127 remained closed for several hours while AES Ohio Crews worked to restore power to the area.

No other injuries or complications were reported in conjunction with the injury crash and the resulting power outage. 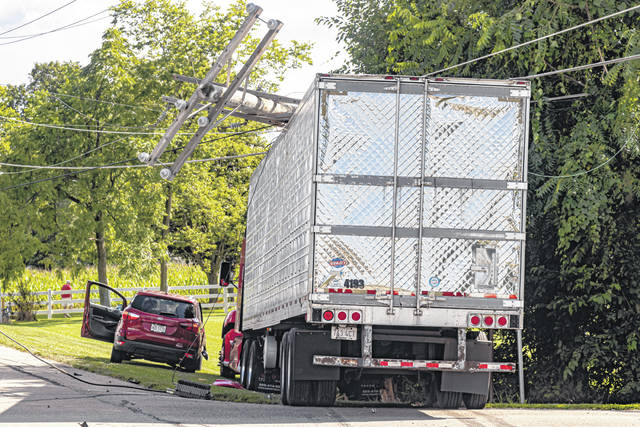