In Ohio, County Commissioners make up the general administrative body for county government. They can perform those duties which are specifically authorized by the Ohio General Assembly and no more. They are the county government’s taxing, budgeting, appropriating, and purchasing authority, and hold title to county property.

Each commissioner, elected to a four-year term, holds no power to act independently. All formal and official actions must be taken by the board of county commissioners acting as a body by majority or unanimous vote. The Commissioners also have a myriad of other responsibilities including hearing and ruling on annexations, approving drainage improvements through the petition ditch process, establishing and making improvements to water and sewer districts, and providing for solid waste disposal.

Each Commissioner took a turn addressing the audience about the state of the County. Mike Stegall, the longest serving member in his eleventh (and final) year, had many positive comments about the state of the county’s economic development and growth. Stegall, a Darke County native, began his political career in 2006 when he was elected Greenville Township Trustee. After being elected for a second Trustee term, he decided to run for Darke County Commissioner. During his campaign, he visited over 4000 Darke County households and was elected and took office in January, 2011.

“Darke County came out of COVID well. Many of our businesses are both hiring and expanding,” said Stegall, adding, “Our employers have over 1,000 jobs open and available here…There is a lot of growth happening in this community!”

When asked by an audience member about what position the Commission plans to take regarding the recent vaccination mandate for businesses with over 100 employees, Aultman gave a measured response.

“We are between a rock and a hard place. If you’re taking government money, such as in the case of the ARPA funds, you have to abide by the terms of the agreement,” said Aultman. “OSHA still has to make up the plans for implementing this mandate. So we are taking a ‘wait-and-see’ approach, and what rules are being imposed upon our citizens. We are also waiting to see what position the State legislature will take on this issue.”

When asked about the proposed APEX solar farm in Darke County, Holmes cited that, although this development occurred before he was elected, it is important for Darke County residents to understand what role the commission has in safeguarding the interests of the county.

“We had a meeting with the Public Utility Commission of Ohio to discuss the APEX project and SB 52, and we expect to share them with the community in November. The proposed location, south of the existing Ethanol Plant in the industrial park, towards 49 and St. Rt. 127, will be paired down to 1,000 to 1,200 acres, and will use about 800 actual acres for solar panels,” said Holmes. “There will be an ‘unveiling’ of the plan in November, with the formal application to go before the Ohio Power Siting Board sometime in January or February. Prior to the application going in a public meeting will be held by APEX.”

Holmes also provided some helpful information for the public, citing OH SB 52, recent legislation which spells out more involvement at the local level, allowing county commissioners to identify areas in the county that are eligible for solar development and a voting seat on any applications for review. In addition, a township trustee will also be a voting member of the Siting Board for review.

The next Darke County Republican Women’s Club meeting will take place Monday, October 11, 2021, and will feature State Senator Steve Huffman and Republican candidates on the November ballot. Questions regarding the upcoming meeting can be directed to DCRWC President Jaime LeVeck at: [email protected]

Carol Marsh covers community interest stories and handles obituaries for the Daily Advocate and Early Bird. She can be contacted by email at [email protected] or by phone at 937-569-4314 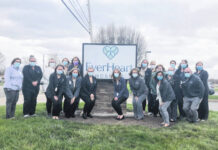 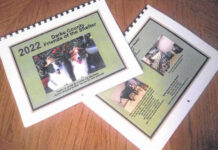 The 2022 pet calendar is available