The commissioners approved the fixing of regular meeting times and dates effective Tuesday, Jan. 18. The General Business Session Meetings will be held on Tuesdays and Thursdays starting at 1:30 p.m. instead of the usual Mondays and Wednesdays.

“We moved them for two reasons,” Aultman said. “We have a lot of out of office meetings that we don’t want to overlap. The other thing is it allows an extra day for the auditor’s office to write checks and things.”

The commissioners stated that by moving the meetings to Tuesdays and Thursdays, it serves as a due diligence for the community as it makes them more readily available to the community and allows more business to be conducted without the Monday holidays taking away the regular agenda meeting times.

“There’s a lot of Monday holidays too that it falls on, so that actually increases our days of business in the office by four or five,” Aultman said.

“Actually nine this year. I counted it,” Holmes corrected. “There are some administrative efficiencies that drove a lot of the decision.”

The commissioners also submitted a piece of journal information regarding a letter to local elected officials, clerks, and associated staff written by Commissioner Aultman regarding the National Opioid Settlement.

“The letter was to inform that under the opioid settlement each region is made up of a board,” Aultman said. “It was decided last Friday, there will be 27 members on the board. It will be regulated that there are three members from each county and each of those three members will be a county commissioner rep., a township rep., and a municipal rep.”

Going forward, there will have to be at least one person from the three present. There are 27 members but only nine votes, so if a county is missing all three members, then no business can be conducted.

“It holds that board accountable,” Aultman said.

“I think one of the opioid settlements is stretched out 18 years, so it’s going to affect for a while,” Stegall said.

The Darke County Board of Commissioners meets every Tuesday and Thursday at 1:30 p.m. at their office located at 520 S. Broadway Street in Greenville. To contact the office, call 937-547-7370. 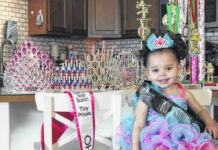 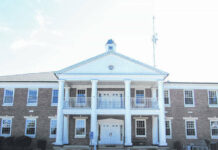 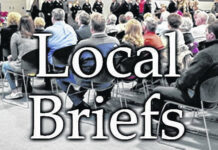