GREENVILLE — The City Council of Greenville held its regular meeting on Tues., June 7. During the public comment portion of the meeting, Greenville Union Cemetery Superintendent Tracy Tryon addressed comments by individuals unhappy with the cemetery’s policies regarding decorations. “I have not received any calls, but they were dissatisfied, and voiced their opinions on Facebook,” Tryon stated. He explained that the rules are clearly posted, and the public had been made aware of spring clean-up through press releases, and the cemetery’s website. He reiterated that the only type of decoration allowed to be placed in-ground, are metal military holders, per insurance regulations. “The mowers can pick up anything lighter, and someone could get hurt, or property damaged, and then they [the insurance company] would cancel us.”

Aside from cemetery business, Tryon expressed safety concerns regarding people riding lawnmowers on city streets, and sidewalks, even after dark. He also urged the council to consider the start-up costs of the city providing its own trash service, specifically, hiring personnel, paying salaries, and vacations. “Everybody has gone up in price, with the fuel surcharges,” he stated, suggesting that Rumpke’s rate increases were not exorbitant. “It’s just something to take your time and really think about,” he concluded.

Next, Greg Billing, Executive Director of the Darke County Visitors Bureau, and Main Street Greenville, gave an update on the two organizations. He reported Main Street Greenville’s Adopt-A-Box program, where individuals or businesses can plant a flower pot or box, has been a success. “Of the pots, 18 out of 22 have been adopted, and 48 of the 50 boxes,” Billing said. He thanked the Street Department for placing 33 Hometown Hero banners, adding that five more have been requested. The first Farmer’s Market of the season was held on Sat., June 4, and will run through October. Twenty-one vendors participated. The next First Friday will be “Firecracker Friday,” on July 1; Annie Oakley Days will be July 29-31; and the Artisan Stroll will take place on Aug. 5. “Eldora has four big races this weekend, and all the hotels are booked,” Billing said. In the coming weeks, J&M Ranch in Ansonia will be hosting three large events: first, the Ohio Dream Fest, then the Bluegrass Festival, and finally, the Steam Threshers.

Safety Service Director Ryan Delk advised council that the Greenville City Park pool is now open daily from 12 p.m. to 6 p.m., and is available to rent for parties. Swimming lessons will also be given throughout the summer. The Roundhouse snack stand is open 11 a.m. to 5 p.m., Mon. through Fri. YOLO Park concerts will be held every other Thursday from 7-9 p.m., with the next one taking place on June 23.

The Utilities Committee recommended waiving tap-in fees for Classic Carriers, in the amount of $32,000. The fee waiver was recommended, because Classic Carriers had to pay for the upgrade of fire hydrants, which have gone up significantly in price, from approximately $1,500, to $4,500 each.

The Zoning and Planning Committee decided against hiring a code enforcement officer at this time, but may re-visit the issue at a later date.

Resolutions were passed authorizing bidding for contracts for Water Plant chemicals, accepting the bid for the Chestnut Lane Lease, and authorizing advertising for bids for 2022 maintenance paving of streets. A resolution was also passed to send the balanced 2023 budget to the Darke County Commissioners. 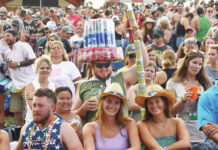 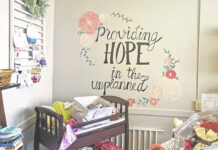 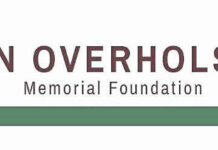