“The defendant will enter a plea of guilty to five counts of gross sexual imposition, counts two, four, six, eight, and ten,” Quigley said. “The state is dismissing five counts of rape. Counts one, three, five, seven, and nine. The parties would make a recommendation at sentencing.”

gross sexual imposition is when someone is having sexual contact with a victim, not a spouse, when that person is less than the age of 13. All the counts have different offense dates starting in May of 2018 and moving down through Feb and May of 2020.

If found guilty, Thomas faces up to five years in prison and a $10,000 fine on each charge, all of which are not mandatory. All his sentencing could be served consecutively for a maximum of 25 years to a minimum of zero with a maximum $50,000 fine with a minimum of $0. If Thomas goes to prison, he could also be on post-prison supervision for up to five years.

Thomas entered a guilty plea to all the even numbered charges for gross sexual imposition, a felony of the third degree, and will have two register as a sex offender upon his prison release for 25 years after. He is currently incarcerated with a continued $25,000 bond, and his sentencing date is set for July 11.

Adam Sturgill, 35, of Greenville, entered a not guilty plea via video conference with the jail to trespassing in a habitation when a person is present or likely to be present, a felony of the fourth degree. If convicted, he faces up to 18 months incarceration and a $5,000 fine. All of which are not mandatory. He is currently in the Darke County Jail with a $10,000 bond. Sturgill’s next appearance is scheduled for Aug. 15.

Jeanette N. Benge, 37, entered a guilty plea to an amended charge of attempted grand theft auto, a felony of the fifth degree. Benge faces a maximum of 12 months incarceration and a $2,800 fine. Her sentencing date is scheduled for Aug. 15.

Ashley D. Engle, of Muncie, Ind., entered a guilty plea to the amended charge of attempted burglary, a felony of the fourth degree. There is a $400 restitution, and she faces 18 months incarceration and a $5,000 fine, all of which are not mandatory. Her sentencing date is set for Aug. 15. 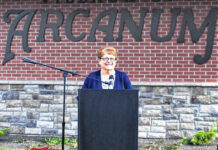 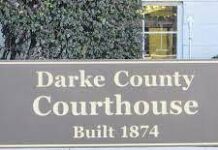