Head Coach Chris Brewer said the team was focused on themselves and playing at a high level. Something they need to do as the tournament goes on.

“We have to get ourselves to a level that’s going to be good against good teams. We can’t play down to our opponents. We’re going to make sure we bring our best every match,” Brewer said.

Tri-Village came out firing in the first set. They took an early 12-2 lead as their offense was picking their spots and hitting them. The Lady Patriots made minimal mistakes that led them to a 25-4 first set win.

The second set saw Tri-Village dominate with their serving game. Brewer said he wanted his team to work on their serving. It’s one of the areas of the game that they have control over.

Tri-Village won the second set, 25-9. They continued to dominate in all facets of the game in the third set. The Lady Patriots walked away with a 25-5 third set win and a sweep.

Tri-Village will move on to the district semifinal and play against the one seed in Versailles High School at Brookville on Oct. 25 at 7:30 p.m. 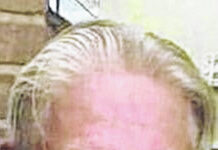