General admission tickets are available now starting at $30 or you can purchase a four-pack of tickets for only $25 each when you buy four tickets. There are also VIP/Premium Seats available for just $40 if you wish to sit at the front of the stage or Balcony seats for just $35. You can purchase tickets at BMIEVENTCENTER.COM or in person at BMI Karts & Parts’ showroom at 769 E Main Street in Versailles. Hours are Monday through Friday, 9 a.m.-5 p.m. and Saturday 9 a.m.-2 p.m. Tickets will also be available at the door but the price increases the day of the show.

Jimmy Fortune toured, sang and performed with the legendary Statler Brothers for 21 years. He joined them first as a temporary replacement for Lew DeWitt, after DeWitt heard him singing at a ski resort and recommended him. Following an audition in Nashville, Fortune was contacted by the Statler Brothers and performed his first show with them on Jan. 28, 1982, in Savannah, Ga. Due to the debilitating effects of Crohn’s Disease, Lew was unable to return to the stage with the Statler’s, and Jimmy was hired as a permanent replacement in August 1982.

Jimmy has performed in all of the U.S. States, in Canadian Provinces, and in front of audiences as large as 100,000. He was part of the Statler’s’ annual Happy Birthday USA celebration in Staunton, Va., for 14 years. He also sang on many of the Statler’s’ gold, platinum, and double platinum recordings. Jimmy’s career included The Nashville Network’s popular “The Statler Brothers Show” which aired for seven seasons and debuted in 1991 as the highest rated show for the network. Jimmy was privileged to perform at the White House on two occasions, once for President Ronald Reagan, and once for President George H. W. Bush. He also presented a special gift to actress Elizabeth Taylor by singing his song “Elizabeth” to her for a birthday celebration.

After The Statler Brothers retired on Oct. 26, 2002, Jimmy seized the opportunity to launch a solo career to share new music with his fans. His first solo CD, When One Door Closes, was released August 2003 on Audium/Koch. He released a gospel album, I Believe, in June 2005, a Christmas CD, Feels Like Christmas, in 2006, a live concert DVD in 2007 a country CD, “Windows” in 2009, “Lessons” in 2012, and “Hits and Hymns” CD and DVD through Gaither Music Group in 2015 which debuted at #10 Billboard Country Album, #1 Southern Gospel, and #6 Billboard Contemporary Christian. The DVD debuted at #1 on Billboard Music Video charts. In 2017 he recorded a compilation of his favorite songs called “Jimmy Fortune Sings the Classics” on the Gaither Music label. Jimmy is currently living in Nashville.

Starting out the evening will be GRAMMY and DOVE Award-winning artist Guy Penrod who is an amazing vocalist but Guy is not just a singer, he’s a personality.

By appearance alone, Guy has a signature look that is recognized around the world. From hair to height, belt buckle to boots, piercing eyes to engaging grin, Guy is a presence that is easily recognized. Beyond that, there is substance behind the style, because Penrod’s authenticity causes people to listen to what he has to say. Guy’s rasp-tinged country style vocals and experience on stage over the years, have given him the ability to be relaxed and confident in every setting. He has a stage presence that few can pull off.

Enjoy a night out with music and enjoy the comfortable red padded seats. 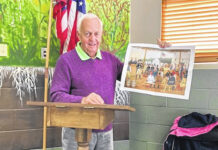 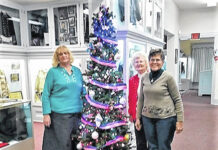