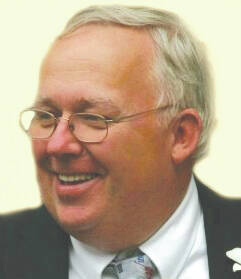 Biblical prophecy foretells of a coming seven-year Tribulation Period in which one man – the Antichrist, controls the world. This column is a summary of the government and character of the future world leader.

The Bible calls the Antichrist “a little horn” (Daniel 7). The horns in the book of Daniel are symbolic of political leaders. Leading speculations on why the Antichrist is called a “little horn” are that he either starts as the leader of a small country or someone such as a diplomat, ambassador, cabinet member, or the like. Remember, Hitler was an army corporal when he rose to power.

Depicted as a man on a white horse, his rise is quick, powerful, and many will see him as a hero. (Revelation 6:2). His purpose, probably unknown to many, is “to conquer.” His triumphal rise will include war, quickly followed by famine and death (Revelation 6:1-8).

By the time the mid-point of the Tribulation arrives, the Antichrist will have total control.

He will control all commerce. Revelation 13:16-17, “And he causeth all, both small and great, rich and poor, free and bond, to receive a mark in their right hand, or in their foreheads: And that no man might buy or sell, save he that had the mark, or the name of the beast, or the number of his name.”

With what this implant does, it is easy to see that it contains the identity and financial information of the ones who receive it. With technology already available, it is not a far stretch to think that this required implant would include a person’s medical records, a GPS tracker, criminal history, religious affiliation, and whatever information is deemed necessary by the authorities.

The money system will be cashless because everyone will need to use their implant to buy or sell. Therefore, the currency will be some type of cryptocurrency.

Since the government controls who buys and sells, it is a small jump to regulate what a person buys or sells. An obese person buying a soda pop, or a fast-food hamburger, for example, could be stopped at the register. These government restrictions would be promoted as best for the individual’s health and the common good.

The government of the Antichrist is Big Brother on steroids.

However, there comes a time when the Antichrist becomes the world’s religion, as nearly everyone worships him (Revelation 13:4-8). The government of the Antichrist will seek to slaughter anyone who does not worship him. Revelation 13:7-8, “And it was given unto him to make war with the saints, and to overcome them: and power was given him over all kindreds, and tongues, and nations. And all that dwell upon the earth shall worship him, whose names are not written in the book of life of the Lamb slain from the foundation of the world.”

The Antichrist will control the world’s military. He convinces the world’s leaders to march their armies to Armageddon to fight against Jesus Christ. Revelation 16:16, “And he gathered them together into a place called in the Hebrew tongue Armageddon.” Revelation 19:19, “And I saw the beast, and the kings of the earth, and their armies, gathered together to make war against him that sat on the horse, and against his army.”

Please note that Revelation 19:19 speaks of “the kings of the earth.” There will still be nations and governments, but the Antichrist will call all the shots. If you think nations will not surrender their sovereignty, think back a few years and how countries decreed regulations according to the dictates of the World Health Organization.

The Antichrist will appear to be a miracle worker, at first, in diplomacy, then possessing an ability to allow those around him to call fire down from heaven (Revelation 13:4-5,12-13).

Here is a brief description of his temperament, actions, and accomplishments. Daniel 8:23-25, “And in the latter time of their kingdom, when the transgressors are come to the full, a king of fierce countenance, and understanding dark sentences, shall stand up. And his power shall be mighty, but not by his own power: and he shall destroy wonderfully, and shall prosper, and practice, and shall destroy the mighty and the holy people. And through his policy also he shall cause craft to prosper in his hand; and he shall magnify himself in his heart, and by peace shall destroy many: he shall also stand up against the Prince of princes; but he shall be broken without hand.”