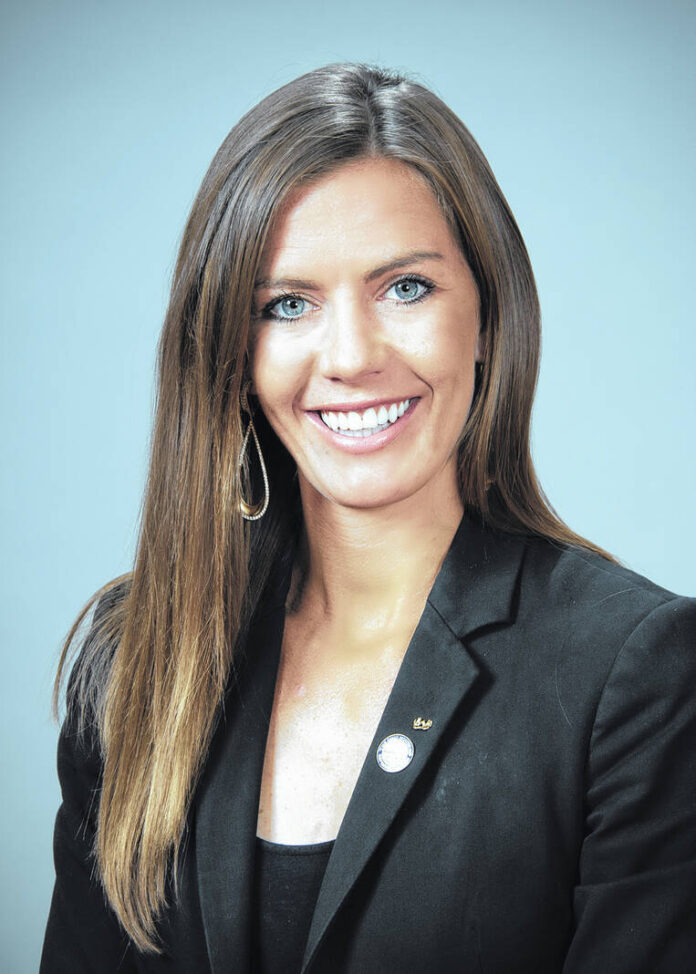 Across our country, female athletes are currently losing championships, scholarship opportunities, medals, education and training opportunities, and more to discriminatory policies that allow biological males to compete in girls’ sports.

While I could share dozens of different examples with you, one example is that in Connecticut, nine different girls used to hold the 15 women’s state championship titles. Those 15 titles are now all held by two different biological males.

All these girls ask for is a fair shot, and to be given the chance to play and win by the rules in the sports that they love. That opportunity is being ripped from them by biological males.

We want everyone in the state of Ohio to be able to compete fairly. To accomplish this, we must protect the integrity of women’s sports.

Title IX was enacted precisely for the purpose of ensuring equal opportunity for women and girls to compete in interscholastic sports. Discriminatory policies violate Title IX and deny girls educational and athletic opportunities. Allowing biological males to compete against biological females is a discriminatory policy that turns back the clock over half-a-century on advances we have made for women.

At a time where Americans should be celebrating the 50 years of advancement and protections against biological sex discrimination, we are now having to fight against the Biden Administration and the sweeping changes they wish to make to federal law, which will ultimately undermine the simple purpose and intent of Title IX when it was enacted in 1972- to give young girls and women a fair, fighting chance in educational programs and activities. If the proposed changes become law, Title IX will be rendered meaningless. No longer will the protected class be based upon distinctive biological characteristics, but will be a class based upon transitory feelings and beliefs; this sets both sides of the aisle up for only heartache and endless lawsuits down the road. Instead of uniting the country in the celebration of protecting women from sex-based discrimination, they are now pitting us against each other in the name of gender identity.

Sadly, this issue no longer affects just female athletes; the proposed changes to Title IX under the current administration will also poorly affect our schoolchildren. Schools that wish to not comply with the proposed regulations are threatened with the loss of federal funding, which makes up about 8% of school budgets. Here in Ohio, State of Ohio Board of Education member Brendan Shea has sponsored a resolution that he says “affirms the truth of biological sex and opposes the Biden Administration’s lawless attempt to dismantle Title IX protections for women and girls. It supports Attorney General Yost’s lawsuit against the U.S. Department of Agriculture and urges the General Assembly to safeguard the rights of parents, the innocence of children, and the rights and opportunities of women and girls.

Ohio parents, schools, and districts need to know that the General Assembly, the State Board of Education, and the top law enforcement officer in the state support them in upholding Title IX protections for women and girls.” The proposed changes to Title IX lack legal authority to rewrite federal law without Congress’ authority, hurt female athletes, undermine parental rights by compelling schools to treat students as whatever they wish without parents’ knowledge or authority, and violate freedom of speech and religion by forcing those who may not agree to go against their conscience and religious beliefs to appease others. Thankfully, just this week we saw the U.S. District Court for the Northern District of Texas rule against the Biden Administration’s Title IX changes, and hopefully courts will continue to correctly recognize the unconstitutional nature of the Biden administration’s proposed changes.