VERSAILLES — Taylor Dill Agriculture and Natural Resources Extension Educator for Darke County recently spoke with the Versailles Agricultural Education Classes with her presentation entitled “Corn, how did we get here and What do we Do Now?” Dill spoke about staging vegetative growth, determining vegetative and reproductive growth stages in corn, Growing Degree Days ( GDDs), calculating GDDs, estimating corn yields using the Yield Component Method and the importance of knowing estimated corn yields. Individual ears of corn were brought in for Versailles Ag Ed students to calculate the potential yield using the Yield Component Method. Taylors presentation helped promote the Versailles FFA Corn Growing Contest. A special thank you to Taylor Dill for sharing her knowledge with the classes and to Jeff Wuebker for gathering the corn used in class.

The Versailles FFA hosted its third annual Corn Estimated Yield Challenge Contest throughout the chapter and 90 members participated in the contest. Each member was given a chance to bring in an ear of corn from their farm, a neighbor’s farm, or an employer’s farm and family relatives. Each member that participated received a prize for their participation. The students calculated the estimated yield of three different ears of corn by counting the number of kernels long x around x 1/1000 of the population divided by 90. The ears of corn were also double checked by a local farmer. 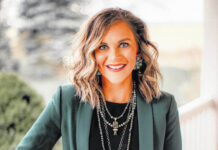