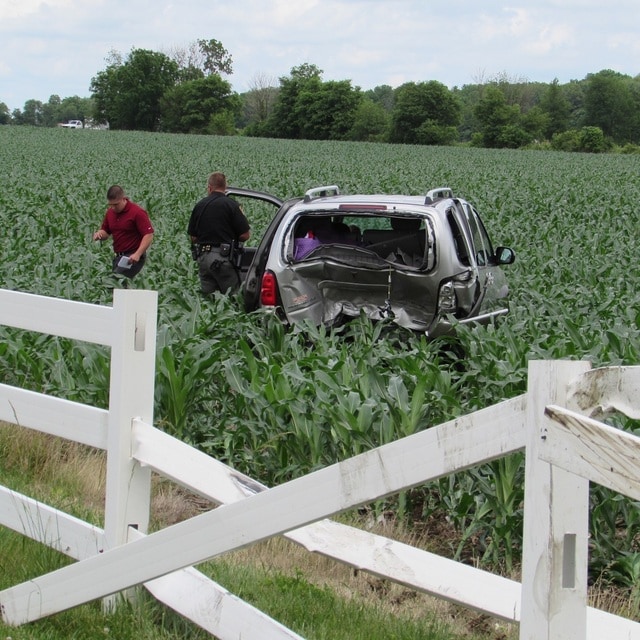 Upon impact, the silver vehicle went off the right side of the road, crashed through a fence and ended up in a cornfield.

Injuries were reported though the victim’s conditions were unknown.