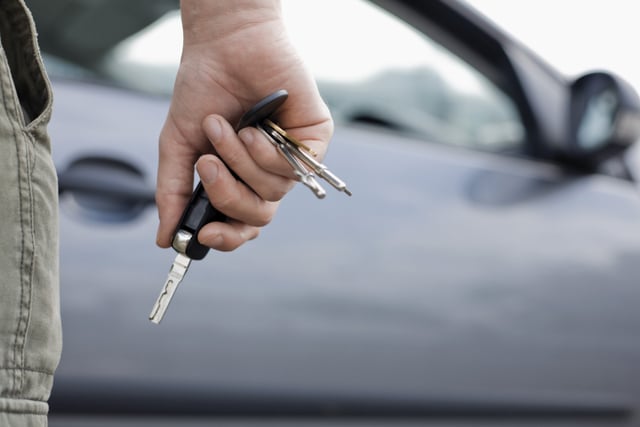 On Wednesday, a new law goes into effect for teen drivers who’ve had their license for less than a year.

DARKE COUNTY — Anyone could be involved in a car accident regardless of age. However, teenagers have the highest odds of getting into an accident.

Ohio lawmakers have been battling the problem of inexperienced drivers getting into accidents and have passed a new law, which goes into effect Wednesday, and affects teen drivers who have had their license for less than a year.

For starters, teens will not be allowed to drive between midnight and 6 a.m. unless a parent or guardian is in the car with them. If they did need to drive alone during that time for school, work or church, they’d have to get written permission. Also, everyone in the car must wear their seat belts.

Public Affairs Manager for AAA Miami Valley Cindy Antrican said the law focused on the experience of the driver rather than the age, which was an effective step in the right direction.

“Unfortunately, age doesn’t always mean someone is going to be a good driver,” she said. “Some teens have more experience driving and are safer drivers, while others who have not had their license for a year don’t have the same experience driving. This is about helping them.”

Statistically, teens are more likely to be involved in fatal crashes when school is out, between May and September.

“Our research has found that after 9 p.m., the likelihood of teens getting involved in crashes increases significantly,” she said. “AAA is pleased with the law and we think it will do a lot of good to help inexperienced drivers and keep them safe.”

There can also be only one non-family member in a vehicle with a teen driver who has had his or her license for less than a year. The exception is if the driver’s parent or guardian is in the vehicle as well. In which case, the parent or guardian must be riding in the front passenger seat.

Law makers and law enforcement agents hope that these changes will help new drivers gain experience driving in a setting besides that of a car full of other teens and young adults.