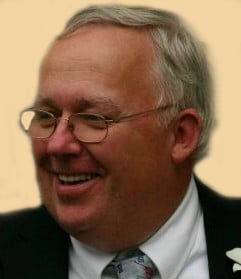 Social media has been abuzz since Friday’s Supreme Court Decision on gay marriage. From what I’ve been reading opinion seems pretty much split down the middle from those that think it is the greatest thing since sliced bread, to those who believe doom is now on the horizon.

What is happening to America? Does the Bible give us any clues?

The Bible, calls several things “abominations.” Abomination is a word not used much in ordinary conversation, but it means to loath or morally detest something. It is something that causes extreme disgust or hatred.

While there are other things mentioned elsewhere is scripture as abominations there is a list in Leviticus 18. We know everything mentioned here is an abomination because of verse 26, “Ye shall therefore keep my statutes and judgments, and shall not commit any of these abominations; neither any of your own nation, nor any stranger that sojourneth among you.” However, it is interesting to note that homosexuality is the only thing mentioned as an abomination directly In the list (v22). There are 15 sins named and all but one is of a sexual nature – see Leviticus 18:6-30.

At this point, many will claim this is all Old Testament, and no longer applies. Another passage used to indicate we should no longer look at these things as abominations is John 8:1-11. The Pharisees bring to Jesus a woman caught committing adultery to see if He would command to stone her as The

Law requires. Jesus tells them, “He this is without sin among you, let him first cast a stone at her” (v7).

Adultery is in the list of abominable sins of Leviticus 18. Therefore, one can conclude Christ is telling us we shouldn’t be killing or condemning those guilty of adultery, homosexuality or any of the sins listed in Leviticus 18.

What people tend to forget is that Jesus did not condone her actions. The last thing He said to her was, “Neither do I condemn thee: go, and sin no more” (John 8:11). He did not want her accusers doing her harm, but He also desired that she would stop committing adultery. If we apply that Christ does not want us to condemn the adulterer and the homosexual because of this passage, we must also conclude that He wants people to stop committing adultery and homosexual behavior. What applies to the Pharisees applies to all. What applies to the woman in the story, applies to all of us as well.

God does talk about homosexuality in the New Testament.

In Romans 1:20-32 God gives the criteria for when He gives up on a nation. Step one comes when people know God and start forgetting them and are no longer thankful to Him. Being vain in their own imaginations they profess themselves wise, yet spiritually, they are fools (v20-23).

Because of this ungratefulness to God it says, “God also gave them up to uncleanness through the lusts of their own hearts, to dishonour their own bodies between themselves” (v24). Along with this, God says they “worshipped the creature more than the Creator.”

The above paragraph occurred in America with the sexual revolution of the ’60s and ’70s. We went from a nation where most people were virgins when they were married (or at least, their only partner before marriage was whom they married) to a nation of people that wonder if the relationship is doomed if they have not had sex by the fifth date.

During the same period, we went from giving honor and respect to the Bible to banning it from our schools and removing the ten commandments from our public buildings. By doing so, we started worshiping the creature (ourselves) more than the creator.

The above actions led the nation to homosexuality being accepted and common place. Romans 1:26-27 reads, “For this cause God gave them up unto vile affections: for even their women did change the natural use into that which is against nature: and likewise also the men, leaving the natural use of the woman, burned in their lust one toward another; men with men working that which is unseemly, and receiving in themselves that recompense of their error which was meet.”

There is no doubt that these New Testament verses are speaking of the gay lifestyle. God is describing in these two verses the second step of when He give up on a nation. Notice, in verse 24 and verse 26 it says in both, “God gave them up.”

The next verse (Romans 1:28) and the last step of the process reads, “God gave them over.”

The remainder of the chapter provides a list of sins that the country falls into; it will be the natural decline. If you read the list, you will see many that are prominent in America already. Last Friday did not happen out of the blue; it is one of the results of a nation that once knew God, but has forgotten Him.

Space prohibits me from going on, but as I noted this column as “Part One.” Next week, I’ll address what God says needs to be done to fix America.