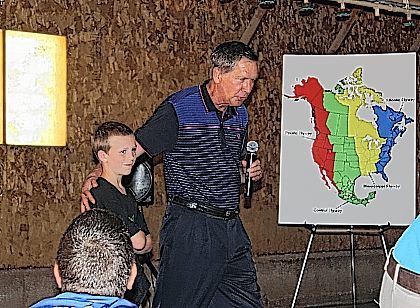 ROSSBURG — Encouraging young poultry producers not to “give up or get frustrated,” Gov. John Kasich visited a Darke County turkey farm June 8.