CANTON — A leading supplier of fast food and supermarket chicken is facing more than $1.4 million in fines this year for worker safety and health violations, including several that led a teenaged worker to suffer the amputation of his lower leg.

The U.S. Department of Labor’s Occupational Safety and Health Administration has levied the latest penalties against Case Farms Processing Inc. for 16 violations at the chicken processor’s Canton facility. The safety failures resulted in two serious injuries to workers while they cleaned machines. A 17-year-old worker, employed by cleaning subcontractor Cal-Clean had his left leg amputated from the knee down and a 24-year-old Case Farms employee lost two fingertips. Both workers were fired after the incidents.

OSHA cited Case Farms for two willful, 10 repeated, and four serious safety violations with proposed penalties of $424,600 on Sept 24. The agency also penalized Cal-Clean’s owner, Callaghan and Callaghan, with $179,700 in fines on Sept. 28, for two willful, five serious and three other-than-serious safety violations. Both companies were cited for exposing workers to amputation, fall, electrical and other serious hazards.

In August, OSHA placed Case Farms in the agency’s Severe Violator Enforcement Program, after it assessed $861,500 in penalties after investigations at the company’s Winesburg, Ohio, facility.

“A teenager’s life has been forever altered because of a devastating leg injury just weeks after starting this job. How many injuries will it take before Case Farms stops exposing workers to dangerous machinery parts?” said Dr. David Michaels, assistant secretary of labor for occupational safety and health. “OSHA will continue to inspect, monitor and penalize this company until it makes necessary improvements. They need to protect their workers, and they need to do it now.”

The inspections that resulted in the September citations found:

• On March 25, a 24-year-old Case Farms employee was cleaning a fat sucker machine when the operating parts of a plunger amputated the fingertips of his right middle and ring fingers. The machine should have been prevented from operating during the cleaning process. An employee for nearly a year and a half, the worker was suspended from his job for 10 days and subsequently fired.

• On April 7, a 17-year-old Callaghan and Callaghan (doing business as “Cal-Clean”) employee suffered the amputation of his left leg from the knee down when he was cleaning the liver-giblet chiller machine. The teen has been unable to return to work due to his injuries, and he was fired after the incident. Case Farms does not supervise the sanitation contractor employees working at it its facilities, but the company is responsible for exposing the Cal-Clean employee to operating parts of machinery because it failed to install safety mechanisms. OSHA also cited Cal-Clean for failing to report the amputation to the agency within 24 hours, as required.

“In the past 25 years, Case Farms has done little to change a corporate culture where workers are endangered despite repeated OSHA inspections and commitments from the company to fix its safety and health programs,” said Howard Eberts, OSHA’s area director in Cleveland. “Both Case Farms and Cal-Clean need to make safety a priority for employees who work at dangerous meat processing facilities.”

• In June, OSHA opened an investigation into deficiencies in the ammonia refrigeration system. Exposure to ammonia can cause serious respiratory illness, and accidental releases of ammonia from pressurized pipes and vessels may have catastrophic consequences.

• In July, OSHA opened an investigation into allegations that poultry workers were experiencing symptoms of campylobacter infection, a foodborne illness.

In 2013, Case Farms agreed to address safety violations in a settlement agreement with OSHA after an inspection found workers exposed to dangerous machinery and other hazards at its Winesburg facility. However, follow-up inspections led to the issuance of citations on May 28, 2015, and most recently on Aug. 13, 2015. Case Farms has contested all of the citations issued.

Both companies have 15 business days from receipt of its citations and penalties to comply, request an informal conference with OSHA’s area director, or contest the findings before the independent Occupational Safety and Health Review Commission.

From the Occupational Safety and Health Administration 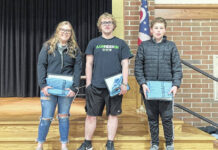