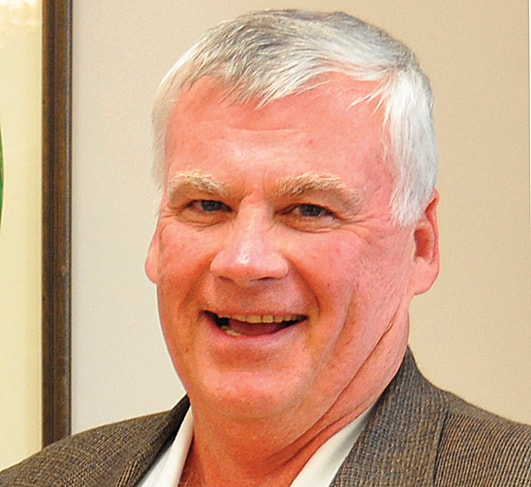 This November Ohioans will go to the polls to vote on issue 3, the legalization of marijuana statewide. This is not the only issue to be voted on, but by far is the most contentious. The County Commissioners Association of Ohio (C.C.A.O.) has come out against it, Most county commissioners are against it, The National Federation of Independent Business is against it, a lot of people I talk to are against it, and I am too.

Now, before I get called an old fogey, or a dinosaur by those in favor of the issue, let me state that I do not make decisions on gut feeling alone (although that was my first reaction to the issue), I usually try to find out more about issues before I make my decision, and that is what I did. I hope those for the issue will listen to what I have discovered, think about it, and then vote wisely.

My good friend and fellow Commissioner, Julie Ehemann from Shelby County, wrote an outstanding letter opposing the issue in the Sidney Daily News. I read it and decided I needed to understand more. After some research, especially, with some of the research Julie already did, (Thanks Julie!) and with some help from The Daily Advocate (Thanks Christina!) I was fortunate enough to come across a Study done by The Rocky Mountain High Intensity Drug Trafficking Area (www.rmhidta.org).

This is volume three of the study from September of 2015 called The Legalization of Marijuana in Colorado: The impact. This study was prepared by Intelligence Analysts Kevin Wong and Chelsey Clarke. It is 182 pages long, so I won’t bore you with all the details. Page 11 thru 15 give you the Executive Summary of the key areas the study looked at; Impaired Driving, Youth Marijuana use, Adult use, Hospital admissions, Marijuana exposure, Treatment, Diversion of Colorado Marijuana, Diversion by parcel, THC Extraction Labs, Related Data, and Related Material.

As you can see, this is quite a comprehensive report. So before I go into detail, let me give you some things to consider. Issue 3 will NOT mean you can use marijuana without repercussions, It will remain a Schedule I substance under federal law. This indicates that the FDA and the DEA consider this a high potential for abuse substance, with NO ACCEPTED MEDICAL USE IN THE UNITED STATES.

Some people will argue that marijuana is not addictive, but research has shown that 1 in 11 users become addicted with the number increasing in those people who started as teenagers (1 in 6). If you talk to law enforcement, almost all will tell you that marijuana is a gateway drug to harder substances such as Heroin, Cocaine and Methadone.

Marijuana Stays in the body for 30 days, so even minimal use WILL GUARANTEE A FAILED DRUG TEST. (Goodbye job!). Other states that have legalized marijuana have seen employers faced with increasing costs in worker’s compensation, liability, and auto insurance due to increased on the job injuries. Even the Colorado Supreme Court has ruled that marijuana usage, ever for medical purposes, is not allowed in the workplace, so think about this, especially you teens and users who may consider marijuana harmless if you need a job!

One of the reasons I am against Issue 3 is that it creates a monopoly. I hate that! We have a monopoly with the Casino’s and I think that is wrong. If only a limited number of businesses can control their industry, competition goes out the door, and the chance for increased costs, misuse and abuse increases. Vote yes on issue 2 to eliminate the monopoly on marijuana providers. Voting yes on issue 2 will terminate Issue 3 for sure!!

Now, let’s take some information from the study cited above. This is just a very small capsule of the sections, so please if you need more information, go to the study. On impaired driving, In the year 2014, when retail marijuana businesses opened, there was a 32 percent INCREASE in related traffic deaths in just one year from 2013. Colorado deaths INCREASED 92 percent from 2010 to 2014, all other traffic deaths only increased 8 percent.

In youth use, in 2013 11.16 percent of Colorado youths aged 12-17, were considered users compared to 7.15 percent nationally. Colorado was 3rd in the nation, and 56 percent higher than the national average. Drug-related suspensions increased 40 percent, mostly marijuana related.

In the other sections, looking at the study, let’s just say that no good can be achieved by legalizing marijuana. A few more stats for you though, from 2009 to 2012 when medical marijuana was commercialized, the yearly average number of interdiction seizures of COLORADO MARIJUANA INCREASED 34 percent, and the average pounds of Colorado marijuana seized destined for 36 OTHER STATES increased 33 percent from 2005-2008 compared to 2009-2014. (people aren’t trafficking in legalized marijuana, are they? Sure!)

Overall, crime in Denver increased 12.3 percent from 2012 to 2014. The annual tax revenue (one of the big promises of the pro-marijuana movement) from the sale of recreational marijuana was $52.5 million or only .07 percent OF THE TOTAL GENERAL REVENUE FUND! (FY2015). Not exactly a windfall, huh?

The majority of cities and counties in Colorado have BANNED recreational marijuana businesses! National THC potency (the chemical most responsible for marijuana’s psychological effects including thinking, euphoria, paranoia, memory impairment, coordination, and time perception), has risen from 3.96 percent in 1995 to 12.55 percent in 2013, average potency in Colorado was 17.1 percent! Homelessness increased with the appeal of legal marijuana being a factor.

I have thrown a lot of stats at you, but these are just the tip of the iceberg. After perusing the study, it was easy for me to see that Issue 3 really does no real good for anyone. With our unemployment rate so low, and with jobs wanting, and a low crime rate, why would anyone want to jeopardize our companies, our families, our friends, or our lives by legalizing a substance we know has little to no use for our society?

We do not tolerate alcohol or drug use in the workplace now, and legalizing marijuana as proposed will not change the rules! Please, parents, children, teens, adults, users, non users, and everyone, look at the study, contemplate the value of your life and communities, and then vote NO on issue 3!