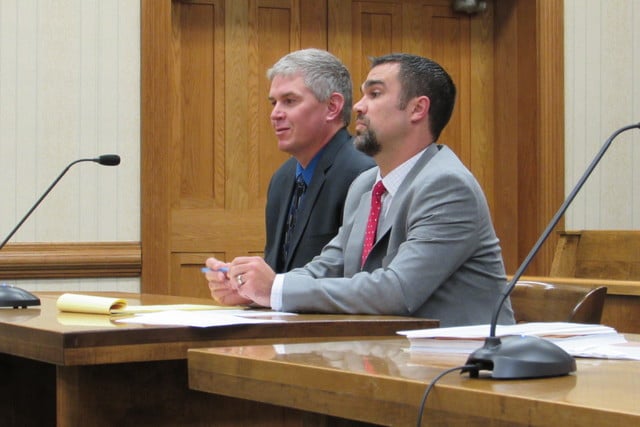 GREENVILLE — A Versailles man pleaded guilty to amended charges in Darke County Common Pleas Court Monday in response to an indictment involving sexual activity with a girl under the age of 16.

Alan R. Wuebker, of Versailles, was originally charged with 12 counts of gross sexual imposition, felonies of the fourth degree, for allegedly having sexual conduct with someone, not his spouse, and having compelled her to submit by force or threat of force, a Tier I sex offense. The victim was under the age of 16.

The charges on the indictment span from November 2013 through October 2014 and are based on an investigation by the Darke County Sheriff’s Office.

Wuebker entered a guilty plea under a plea negotiation to 12 counts of sexual imposition, which is a third-degree misdemeanor but still a Tier I sex offense.

The charges carry no mandatory or presumed jail time. He will be required to register as a Tier I sex offender, which requires registering his address with the sheriff’s office for 15 years. The maximum penalty for each count is 60 days in jail and $500 in fines, up to a total maximum of 18 months in jail and $6,000 in fines.

County Prosecutor R. Kelly Ormsby justified the lesser charge, telling the court that after his conversations with the victim he did not believe the state would be able to prove the force element of the felony offense.

Judge Jonathan Hein referred the case to the probation department for a presentence report and ordered a psychosexual evaluation for Wuebker.