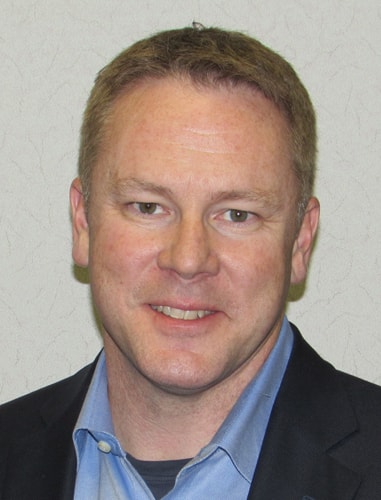 DARKE COUNTY — In a crowded field of candidates, Republican Warren Davidson hopes to stand out among the throng.

This election is unusual. GOP voters will be asked to cast two ballots in the March 15 primary election — one to choose a nominee to fill Boehner’s remaining term to the end of 2016, and a second to nominate the party’s candidate for the November 8 general election.

In all likelihood, the same person filling the remainder of Boehner’s term will be the person nominated for the general election. Davidson seeks to be that person.

Born and raised in the 8th District, Davidson enlisted in the U.S. Army following high school. While serving in Germany, he witnessed the fall of the Berlin Wall in 1989. His work ethic and leadership potential earned him an appointment to the United States Military Academy at West Point, where he graduated in the top 10 percent of his class.

During his time as an Army officer, Davidson served in a number of distinguished units: The Old Guard, the 75th Ranger Regiment and the 101st Airborne Division.

Davidson is chairman of the Dayton Region Manufacturers Association. He and his wife, Lisa, have two teen-aged children.

He was visiting various locations in Darke and Mercer Counties on Monday. The candidate says his military and business experience, as well as being an outsider, set him apart from the other contenders for the House seat.

“I’m not a current officeholder,” Davidson told The Daily Advocate. “I’m not running from the position of an elected official. The other part is, my background — leadership — from my time enlisted in the Army, from West Point, from regular units to more specialized units. Serving as an Army Ranger was probably the pinnacle of a professional career.”

He added, “There’s a lot of things, even in Columbus, that people have expected to happen, and haven’t. Certainly with Republican control of Congress, people are disappointed in the House and the Senate not being able to get more done.”

Devoting his time to campaigning, Davidson describes himself as “on a leave of absence” from the manufacturing business, though initially he was hesitant to throw his hat in the ring.

“I wasn’t seeking the seat at the time. I didn’t have a career path or a long-term plan to be a congressman. A couple of people approached me and asked me to consider it. My initial reaction was, I was pretty focused on the businesses. As I talked with my wife, she was very supportive of it, and I talked with other people who were looking for somebody in the race.”

Davidson recalls being inspired by President Ronald Reagan, whom he saw in 1984 during a campaign stop in Ohio.

“When I was a teenager, Reagan rode this train through Sidney, Ohio. He got off the caboose and stood at a podium and talked to us,” he said. “That was a pretty amazing experience.”

The candidate takes a conservative stance on a number of issues, supporting a balanced budget amendment, lower government spending, securing America’s borders, a stronger military, and the 2nd Amendment.

Darke County residents will have an opportunity to hear more from Davidson when he and other candidates appear at a “Meet the Candidates” event at the Brethren Retirement Community in Greenville on February 13 at 10 a.m.