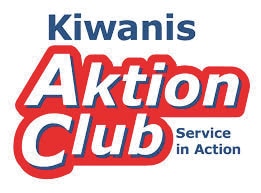 GREENVILLE – The Kiwanis Club of Greenville will soon add a new branch of service to its club for adults with disabilities.

Kiwanis Aktion Club, in partnership with the Darke County Board of Developmental Disabilities is in the beginning stages of forming.

Cheryl Pressly, one of the club advisors along with Sue Huston, came and spoke to the Greenville Kiwanis Club recently about the club’s setup progress.

The club will be structured in a similar way to the parent Kiwanis club with membership dues, monthly meetings, service projects throughout the county and international service initiatives.

“They [adults in program] are excited that there is a way to give back in a formal setting,” said Pressly. “We are really excited to be a part of the Kiwanis family.”

The Aktion Club Mission is to provide adults with disabilities an opportunity to develop initiative, leadership skills and to serve their communities.

Currently Kiwanis International has more than 500 clubs serving their communities. Regionally, there are clubs in Mercer, Shelby and Logan counties.

According to its website, Aktion Club is the only service club for adults with disabilities, with more than 12,000 members worldwide. The first Aktion Club was organized in in Putnam County, Florida, in 1987. It became an official Service Leadership Program of Kiwanis International on Oct. 1, 2000. Today, there are clubs in Canada, Barbados, Malaysia, Jamaica, Bahamas, Philippines, Australia and the United States.