VERSAILLES – Three Versailles wrestlers will compete in the Ohio High School Athletic Association state tournament for the first time and all share a common goal: earning a spot on the podium.

Junior Jacob Poling and seniors Preston Platfoot and Jeffrey Ware all qualified for this week’s Division III state tournament, which will begin at 3 p.m. Thursday and continue through Saturday at The Ohio State University’s Schottenstein Center in Columbus.

“It’s a very good accomplishment for them,” Versailles wrestling coach A.J. Bey said. “Going into the districts we were hoping to get a few more out but districts are pretty tough and these kids came out. It’s a testament to their work ethic and what they put into it this year.”

This is the first time any of the three Versailles wrestlers has qualified for the OHSAA’s individual state tournament. Platfoot was an alternate for the state tournament the past two years and finally finished high enough in the districts to achieve his goal of competing at state.

“It feels great. I’ve worked hard for it so it’s really nice to accomplish something like that,” the Versailles senior said. “I was an alternate for two years so it’s been nice to overcome that and finally qualify for it.”

Having been to the state tournament twice as an alternate, Platfoot thinks he’ll be ready for the atmosphere that awaits in the Schottenstein Center.

“I think me going earlier years, just look at it, see what it’s like has helped me a lot for being nervous for this year to overcome anything that I need to worry about for this year,” he said.

While none of the three have competed in the individual state tournament before, they have competed in big meets including the OHSAA dual team state tournament, the Greater Miami Valley Wrestling Association Holiday Wrestling Tournament and Maumee Bay Classic. Bey thinks the Tiger wrestlers are ready, but ultimately how they deal with nerves could dictate how they fare this week.

“I think coming out of the tunnel you’re going to have a little bit of nerves. Just depends on how you control that,” Bey said. “With the 16 guys down there, they’re in the bracket. I think all of them have chances to place. I think it’s just mostly mental down there. See how mentally tough they are.”

“Last year I got to districts and came kind of close and didn’t want my senior year to end short like that so I worked all offseason for this,” Ware said.

Ware began the season hoping to place in the top four of the state tournament, and that has remained his goal throughout the year.

“Same goal as the beginning of the year: place top four in the state,” the Versailles senior said. “I’m ready for it. You train for this weekend. And to know you’re up there with the best, you want to prove that you are one of the best there.”

Platfoot said his goals have evolved throughout the season. He wanted to qualify for the state tournament, and now that he accomplished that he’s looking to earn a top eight finish and a spot on the podium.

“I really want to place,” he said. “That’s one of my goals. I made it there so I’ve got to set new goals, and that’s to place at state.”

Poling also wants to place. He’s ready to face the best competitors in the state and see how he matches up.

“I think it will be pretty cool. Show them what I’ve got,” the Versailles junior said. “I should do alright. I think I can place in the top eight.”

For Platfoot and Ware, this week marks the final time they will represent Versailles in wrestling.

“It’s going to be a great feeling, also very emotional,” Platfoot said. “I’ve worked hard all four years, but it’s going to be sad for it to come to an end.”

If all goes to plan, the two seniors could end their high school careers on the podium in Columbus.

“It’s a bunch of mixed emotions right now,” Ware said. “It’s exciting, but it’s also sad knowing this is going to be the last time I’ll step out onto the mat in a Versailles singlet.” 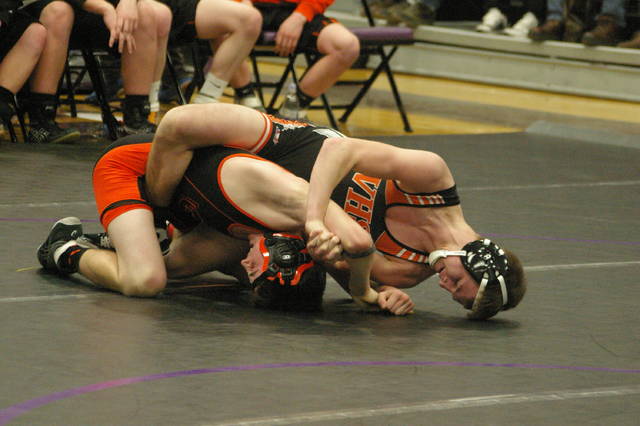 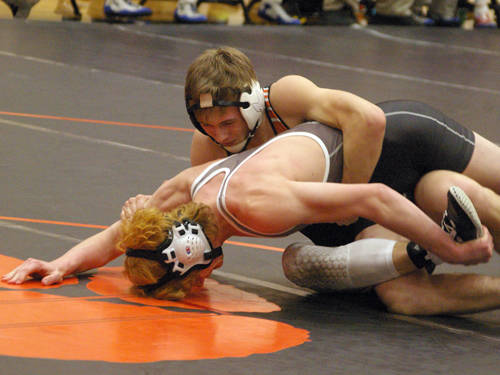