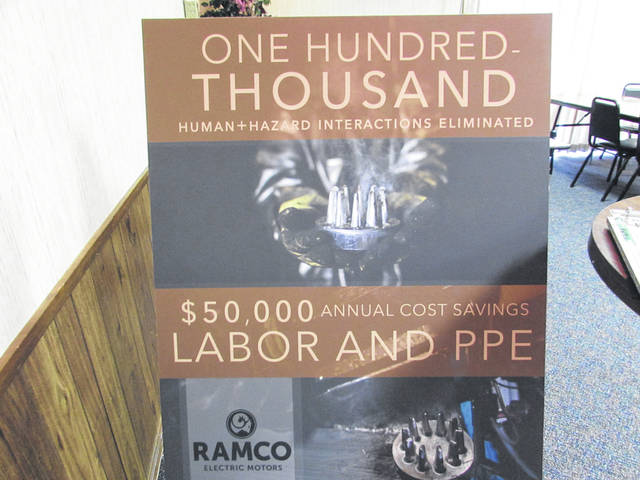 GREENVILLE — Local manufacturer Ramco Electric Motors held a luncheon on Wednesday at the Greenville Elks Lodge afternoon to celebrate the company’s receipt of a trio of awards.

The Safety Innovation Awards were established to recognize innovative solutions that reduce the risk of workplace injuries and illnesses, according to information on the organization’s website. Ramco came in fourth out of 75 statewide submissions, according to Ramco Human Resources Manager Jase Barhorst.

The company received an honorable mention for its automated biscuit return conveyor system, which delivers aluminum die-casting byproducts from the casting machine to a 1,300-degree liquid aluminum bath, eliminating the need for employees to be exposed to the hazardous process.

“The other three finalists were all billion-dollar organizations,” Barhorst said. “So that was a great day for Ramco. There’s a lot going on here and a lot to be proud of going forward.”

Ramco earned a silver Supplier Excellence Award from Caterpillar and a gold award from UTC. Quality Manager David Warner spoke about the awards, in particular the one from UTC.

“That’s a journey we started probably three years ago,” Warner said. “Out of 4,000 suppliers, there’s probably 20 that are at that gold level. Congratulations go to everybody here for winning this award.”

Ramco also held its quarterly employee meeting during Wednesday’s luncheon. According to Barhorst, the company made donations to Arcanum-Butler Schools’ indoor track and field team during the previous quarter, which helped purchase new uniforms, as well as to the Ansonia Music Boosters.

“We all have gremlins,” Dunaway said. “Those are the little people sitting on your shoulder, whispering ‘you probably can’t do this’ or ‘you’re probably not good enough.’ But when you’re being intentional, you stop trying to do things and start doing them. Ask yourself, what’s my purpose? What is it that I’m after every day?”

Dunaway also spoke about the company’s dedication to the growth of its employees. 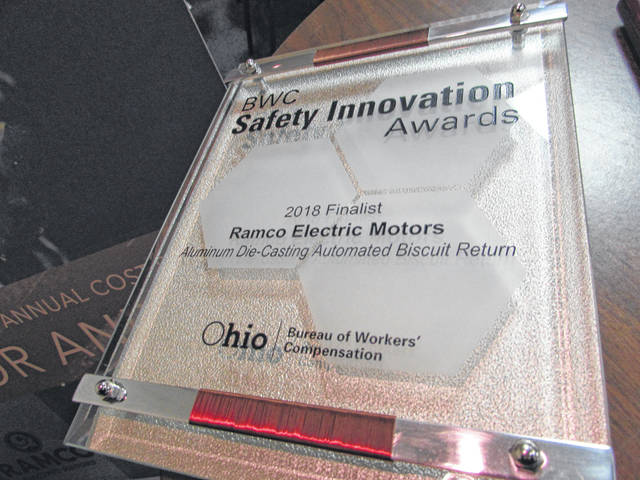 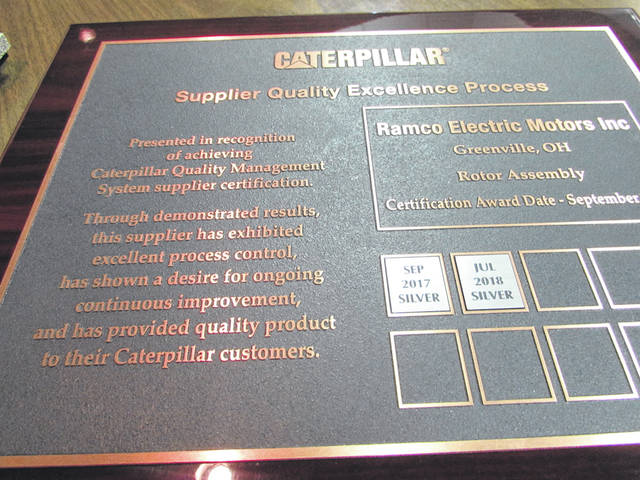