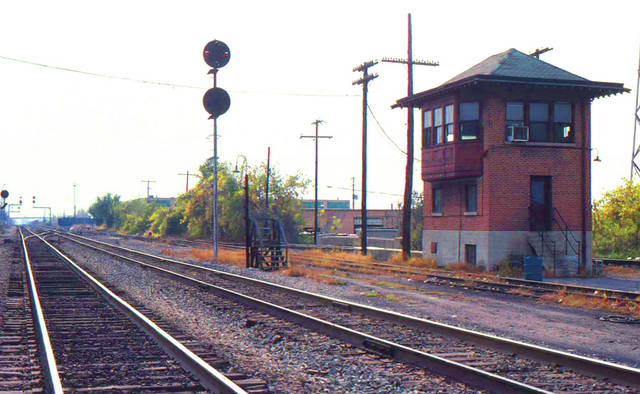 BRADFORD — An effort is underway to preserve the historic Pennsylvania Railroad signal tower located at 501 E. Main St. in Bradford.

“The tower is the only remaining structure from the railroad operation at Bradford,” Marilyn Kosier, president of the Bradford Railroad Museum, said. “It’s one of very few remaining examples of this type of control tower.”

The signal, or switching, tower was similar to a traffic control tower at an airport, according to Kosier. Personnel manning the tower would communicate with the train dispatcher and give orders to the crews of trains passing through the Bradford railroad junction.

The tower was built by the Philadelphia-based Pennsylvania Railroad in about 1929 and served as the eastern terminus of a now-defunct rail line running from Bradford to Indianapolis. Called the Richmond and Covington Railroad, this line intersected with another abandoned route running from Columbus to Chicago.

The tower housed steel throw-arms, called Armstrong levers, which were operated by hand by those manning the tower. The tower operator would get the instructions for the movement of trains through the junction and position the signals and switches for those movements. The tower was closed Jan. 3, 1984.

A combination of grants from the State of Ohio and the Ohio Humanities Council will help preserve the tower.

“The State of Ohio saw the potential to revitalize the economy of Bradford through heritage tourism,” Kosier said. “The museum has enjoyed the support of local, state and national grantors, foundations, corporations and individuals.”

The Ohio Humanities Council grant will help to develop a Cultural Heritage Tourism Destination at the BF Tower.

“The museum is very grateful for this support,” Kosier said.

“I just made his idea a reality,” Kosier said. “The residents of today’s Bradford are descendants of those who worked the railroad operation. At one time, 85 percent of the town’s residents were related to the rail operation.”

Kosier spoke in more depth about the importance of the railroad operation to Bradford’s community and history.

“Bradford would not have existed if not for the railroad,” she said. “Railroading supplied the jobs and the town’s identity for many years. Many current residents don’t know the town’s history or where the name of the school’s team, the Railroaders, originated.”

The Railroad Museum will hold a quarter auction in November, and veterans will be admitted free Nov. 10. A new program called the North Pole Express will take place Dec. 8 in which children visiting the museum will be greeted and have their ticket punched by the conductor, enjoy hot cocoa and cookies served by the porters and get to see Santa.

“History is important. It is the story of people and how we got the where we are today,” Kosier said. “It is the understanding of past events and an opportunity to learn and interpret how past events, tools and technology have evolved.” 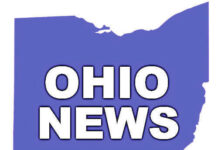