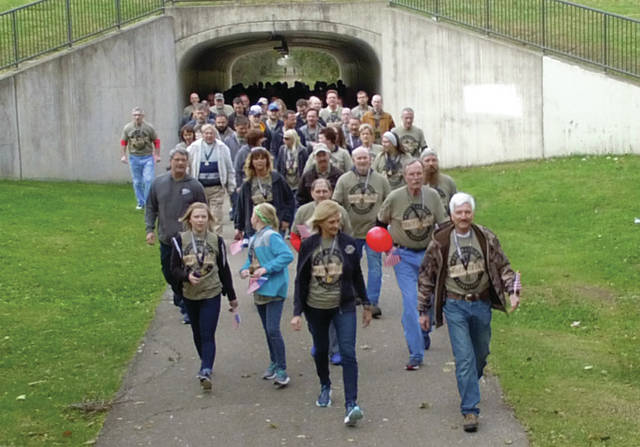 PIQUA — Employees of Hartzell Propeller used their lunch break on Tuesday to show support for a “family” member.

On Saturday, the Explosive Ordinance Disposal Foundation is holding a 5K run in San Diego to show support for their fellow EOD worker.

When word of the event was relayed to Hartzell workers, several of them got together and decided to show support, not only for Kenton, but his family here in Ohio. Both Dave and Ben are traveling to San Diego to participate in the event, so Hartzell employees decided to pitch in to help. In addition to monetary donations from co-workers, running shoes were donated by Can’t Stop Running in Piqua.

On Tuesday, 162 Hartzell Propeller employees donned their own running shoes and, after posing for a group photo, did their own “virtual” 5K with the Stacys at the head of the pack.

The group followed the bike path east toward downtown, turned at the Miami River Bike Bridge and headed back to 1 Propeller Place. As walkers finished the event, Dave and Ben Stacy were on hand at the finish to personally greet every finisher.

Dave Stacy said it was “an unbelievable show of support” by co-workers and wished to thank all who were involved.

After Kenton was wounded, he was initially brought to Houston for treatment, then transferred to San Diego, where he is continuing to recover from severe spinal cord injuries.

Kenton was recognized by President Donald Trump in his State of the Union Address in January, for his “bravery and service.” 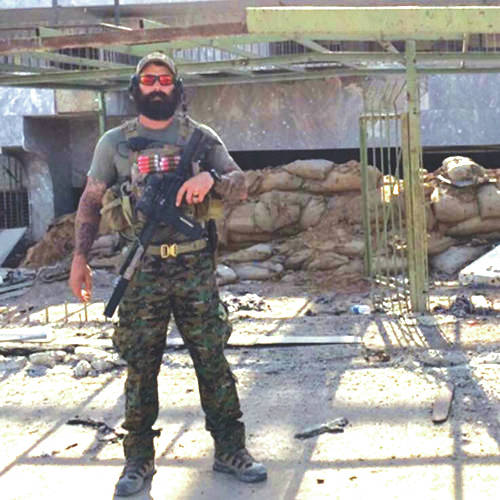