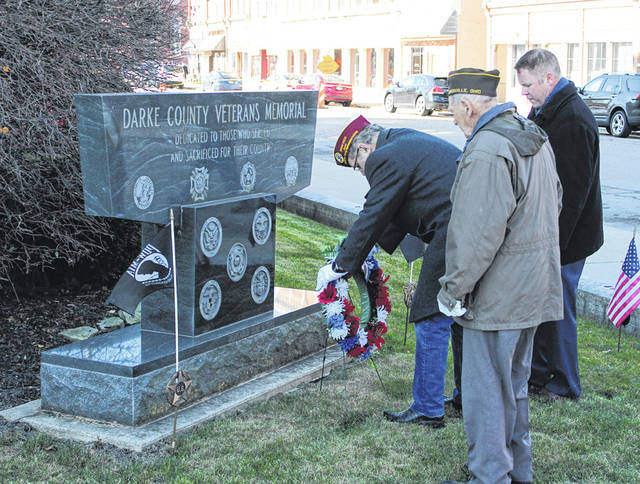 Though the United States did not declare war on Germany until April 1917, America still suffered losses of more than 116,000 dead by the war’s end Nov. 11, 1918 — in terms of lives lost, the third costliest war in American history, after the Civil War and World War II.

One hundred years later, the citizens of Darke County gathered in Greenville to commemorate not only the lives lost in “The Great War,” but the service and sacrifice of all American veterans.

At 11 a.m., church bells in the city rang to mark the moment. The color guard fired a 21-gun salute, which was followed by the playing of “Taps” by Greenville High School senior Bella Hartzell. Brook Netzley of Greenville sang the national anthem.

U.S. Rep. Warren Davidson (R-Troy) was on hand to help lay a wreath at the veteran’s memorial at the Darke County Courthouse. 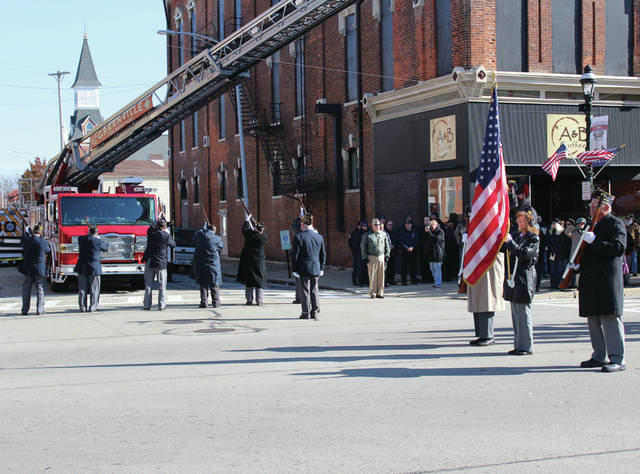 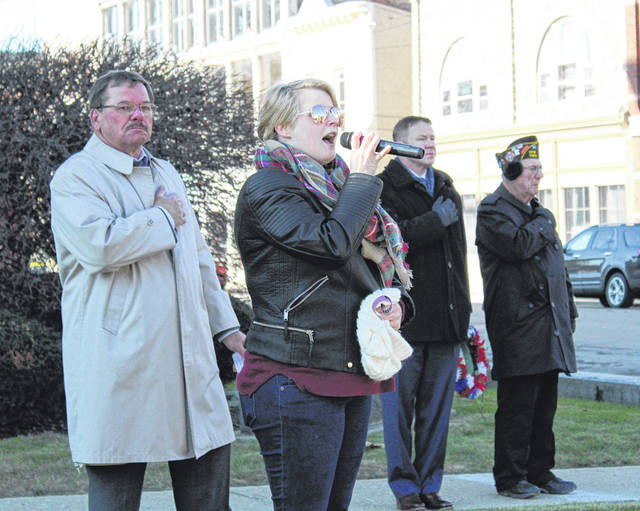 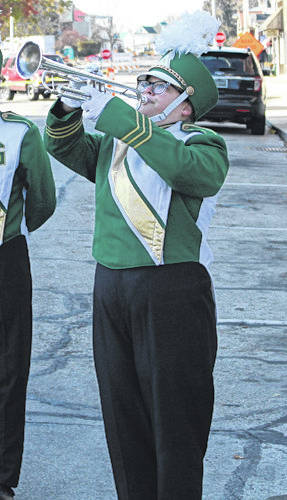 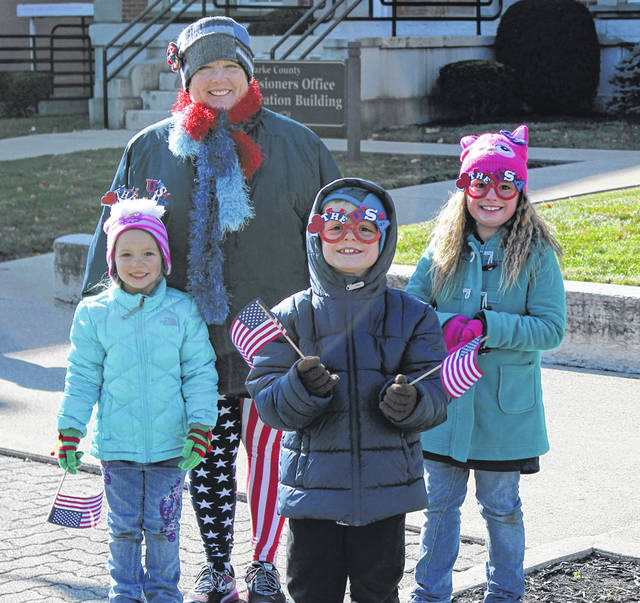