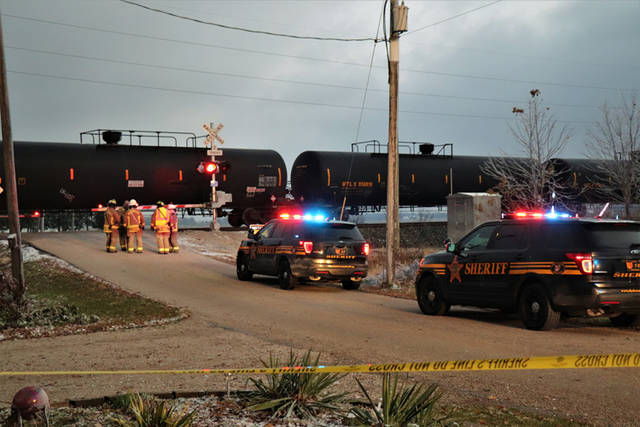 VERSAILLES – The Darke County Coroner’s Office has identified a 27-year-old Versailles woman as the victim who died after being struck by a train on Friday in Versailles.

Shelby Lynne Bey, 27, Versailles, was identified as the victim in this fatality. No foul play is suspected.

At approximately 2:55 a.m. Friday, emergency personnel from Versailles Fire and Rescue, Versailles Police Department and deputies from the Darke County Sheriff’s Department were dispatched to the area of the railroad crossing located at H.B. Hole Road in regards to a pedestrian struck by a train.

According to the Darke County Sheriff’s Department, Bey was struck and killed by an eastbound CSX train just outside of Versailles in the 10500 block of H.B. Hole Road. She was pronounced dead on the scene as result of the incident.

Investigators called to the scene, including the Darke County Coroner and the Darke County Accident Reconstruction Team, worked well into the day trying to determine the cause of the incident as well as Bey’s identity. Authorities have not reveled why she was in the area of the railroad crossing.