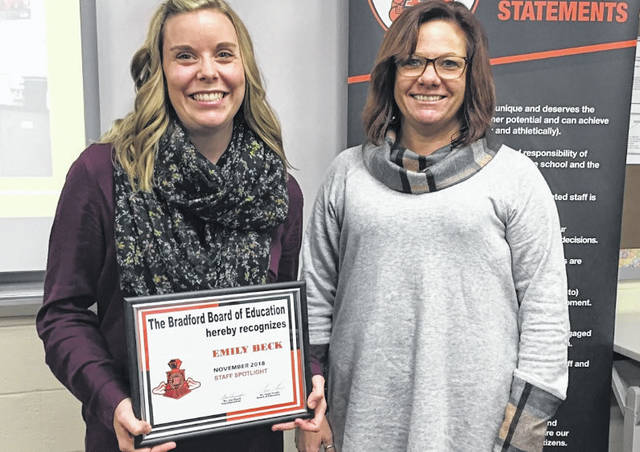 BRADFORD — The Bradford Board of Education met this week and recognized a number of students during its student spotlight.

In her nomination of Brown, Clark said, “Jasmine is always a pleasure to have in class. She works very hard on independent assignments and is never afraid to ask for help.” Clark went on to say that she admired Brown for including other classmates who may have felt left out, adding that Brown has a positive attitude.

Student Ryleigh Dotson was nominated by her fifth grade teacher Cindy Angle, who also presented Dotson with the award. In her nomination of Dotson, Angle said that Dotson has a “huge heart” and shows genuine concern toward others. She added that Dotson is also a “great student with an awesome work ethic.” Dotson also is an athlete involved in softball and basketball. She has been involved on the elementary student council for two years.

Student Shaun Rismiller was recognized by his teacher fifth grade teacher Brian Schwieterman. In his nomination of Rismiller, Schwieterman described Rismiller as “a staple of what every student should strive to be.” Schwieterman said that Rismiller “works incredibly hard with a tremendous amount of respect for others.” He added that Rismiller is fun to have as a student is a a good example for other students.

During the board’s staff spotlight, Lavey recognized speech therapist Emily Beck. In her nomination of Beck, Lavey said Beck “goes above and beyond” at her job and gives extra help to students who are struggling. Lavey added that Beck “has introduced using zones of regulation for many students who have communication issues to better understand their feelings” and that she also “helps students in Mrs. Schmitz class when they have parties to use appropriate skills in starting conversations and how to be a good host or hostess.”

Also during their meeting, the board accepted a number of of donations from the Miami County Foundation on behalf of the district, including $5,396 for the Bradford High School publications class to purchase cameras; $4,500 for the band to purchase french horns and $4,144 for the school district to purchase radios and technology for administrators and custodians.

The board also accepted donations from Rogers Grain Inc. for both Bradford and Covington FFA for $300; from Anna Bier Gallery for the Art Start Program award for $400 and from the Covington Eagles for $7,000 for the district.

The board also approved a three-year contract with the auditor of state at a rate of $50 per hour with the total cost not anticipated to exceed $1,650 per year. 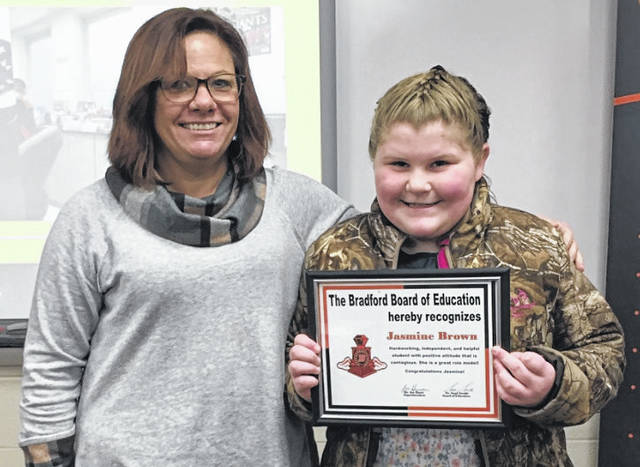 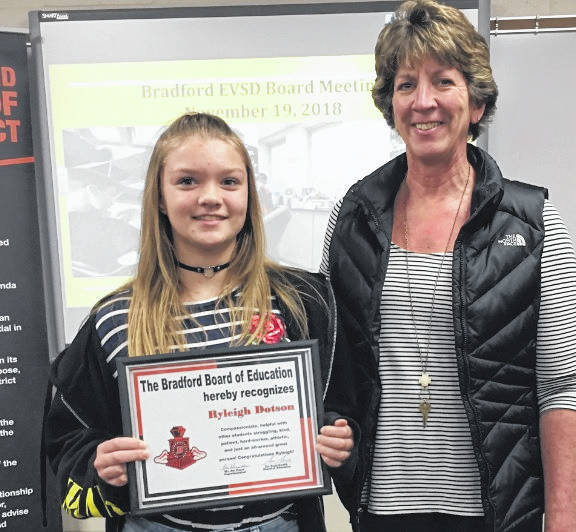 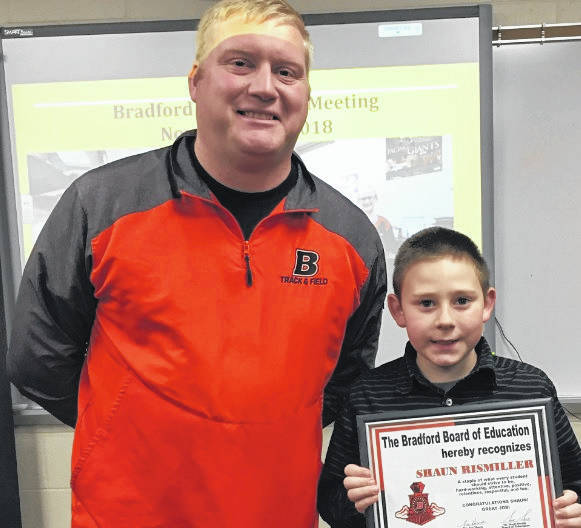