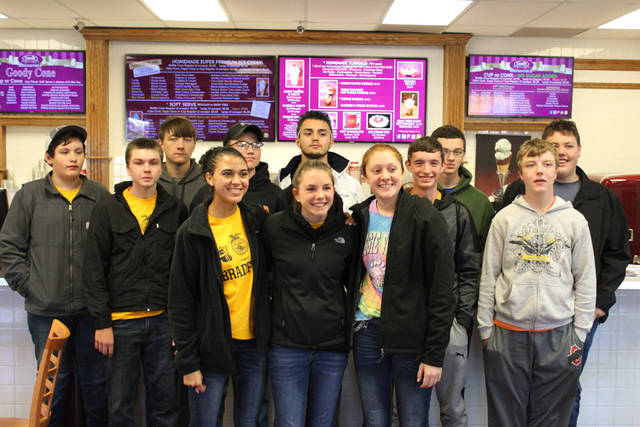 INDIANAPOLIS, Ind. – Being a part of the FFA has always been more than simply creating an SAE or knowing every word to the Creed.

There’s so much more than meets the eye with this organization, but one moment that always will be a memorable time for FFA members across the country is convention.

This year in Indianapolis, Indiana, there was a record of 69,944 attendees at the 91st National FFA Convention and Expo. Among those thousands of people were 12 members of the Bradford FFA. Most of those 12 were new faces and to say they were impressed would be a major understatement.

With an amazing national officer team, an appearance by Garth Brooks and watching their teacher be hypnotized, it’s safe to say that everyone enjoyed their trip. Not only were there many fun things to do but also many opportunities to meet new people.

Almost 70,000 people in one city leads to a whole lot of conversations. Each one of them learned the power of leadership and many tactics to bring home to make their chapter successful.

There will always only be just one 91st National Convention, but after this experience, it won’t be the last one for the Bradford FFA.