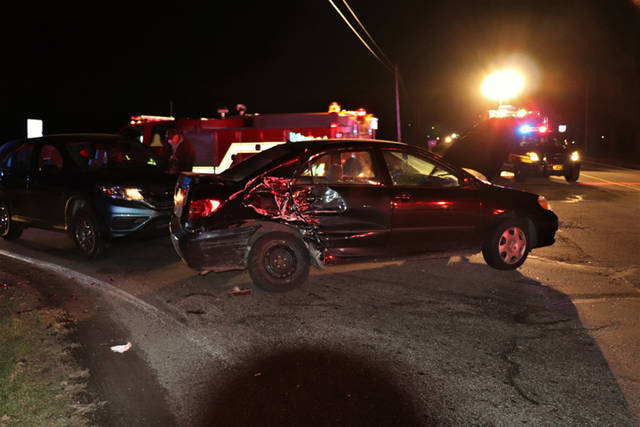 GREENVILLE – A three-car accident Friday evening on the outskirts of Greenville left one passenger transported to the hospital with injuries.

At approximately 5:40 p.m., emergency personnel from Greenville Township Fire and Rescue along with deputies from the Darke County Sheriff’s Office were dispatched to the intersection of State Route 49 North and Children’s Home Bradford Road in regards to an injury accident.

According to the Darke County Sheriff’s Department, a white Cadillac Escalade was northbound on State Route 49 North when a black Toyota Corolla headed eastbound on Children’s Home Bradford Road pulled out into oncoming traffic, causing a collision between the two vehicles.

The black Toyota Corolla, which was struck in the right rear of the vehicle, spun into and damaged a silver Honda CR-V sitting at the westbound stop sign of Children’s Home Bradford Road. 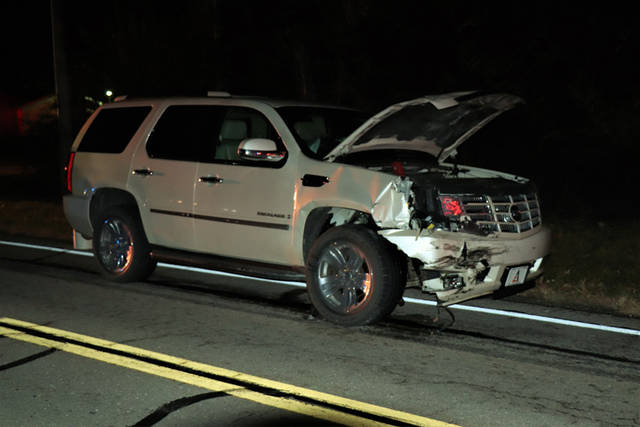