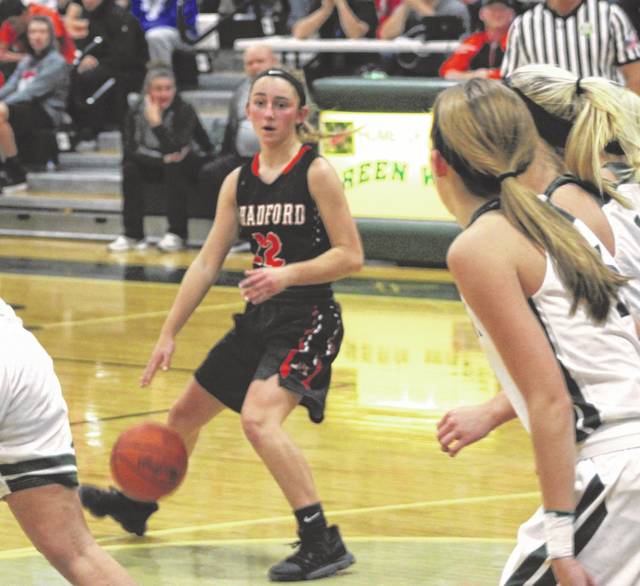 GREENVILLE – The Bradford girls basketball has 11 players on its roster, and only one is a senior. The remaining 10 are sophomores and freshmen, but on Saturday night they all played like a seasoned group of seniors in defeating Greenville 49-28 to win the championships at the 6th annual Annie Oakley Shootout.

“When those two classes were in junior high together practices every night were really productive,” he continued. “There were wars. These girls want to win and they will do whatever it takes.”

That means in part playing a very intense defense which stifled Greenville to just 11 points in the first half. Junior sensation Haleigh Mayo had nine of those 11 points and finished the game with 13 to lead the Lady Wave.

“We were our biggest enemy tonight,” Greenville coach Rachel Kerns said. “I mean shooting 17 percent from the floor, and I don’t even know what we were from the free throw line, but if we play our game there is no reason we’re not in this game. No reason.

“Their defense was pretty good, but even with the defense they played we still got 41 shots,” she continued. “But when you make just 7 of 41 you are not going to win any basketball games. Give them credit for a good defense, but a lot of it came from our poor offense. We just weren’t confident on the offensive end today. Haleigh just has to get to the rim. She is a much better player when she can get to the rim and that is the part that we have to continue to work on going forward.”

The Railroaders took the lead early and never let up. It was close after the first period with Bradford up 11-8, but the Railroaders used a 13-3 surge in the second quarter to give themselves some cushion on the scoreboard. Freshman Austy Miller led the offense with 14 points and her sophomore sister Skipp Miller added 13 points.

“Austy and Skipp are tremendous athletes and great basketball players, and they are competitors above all else,” Besecker said. “They have one speed and it is full throttle. They never let up. And when you play on your toes like our kids do when opportunity knocks you are in position to take advantage of it and those two lead the way.”

“Our aggressive defense is something that we need because of our lack of size,” he said. “The kids just need to understand they have to adjust with all the fouls. They have to give a little more cushion on the ball and not put themselves in a position to get in trouble. Part of that is our aggressiveness. We are getting after people so we understand we are going to get some so we have to live with it a little.”

The Railroaders have senior Bianca Keener at 5-foot-11 and then no one else above 5-7. Keener added 10 points to the scoreboard on Saturday night.

“You get past Bianca and we are small,” Besecker said. “We’ve got to extend our defense and get after people and create some offense with our defense. Bianca was strong again for us tonight and she has to be. She is our goalie on defense and our main threat around the basket. She is a big key to our success every night.”

“Getting off to a 2-0 start in this tournament is sweet,” Besecker said. “Our crowd was pretty tremendous tonight. We’ve got a pretty good following and some loyal fans that come watch our girls religiously.”

After mayo, Greenville had 6 points from senior Jada Garland on a pair of 3-pointers. Senior Koryann Elliott added 4 points.

“Bradford is going to win a lot of games,” Kerns said. “Give them credit. They are tough and they play hard, but I don’t think we gave our best game. It was great to play Bradford this early on, but like I said we were our biggest enemy. We left so many shots out there, and so many free throws.” 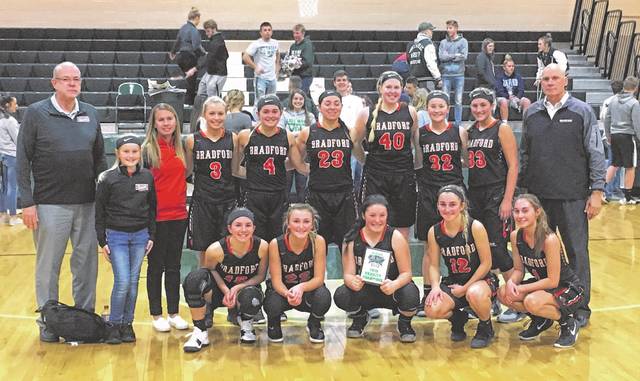 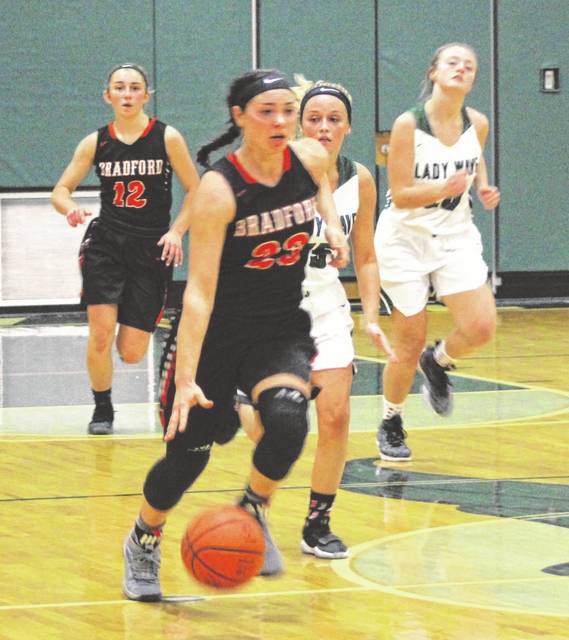 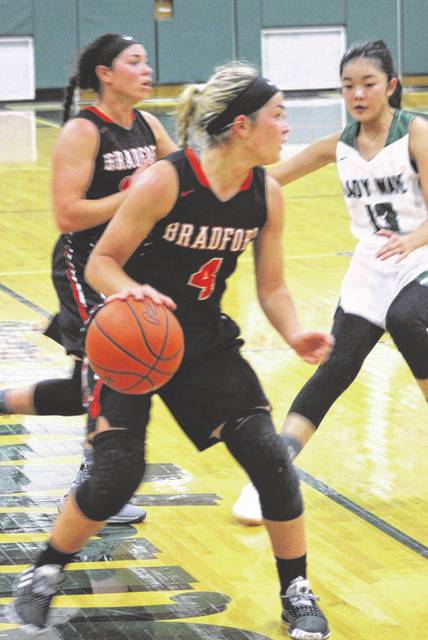 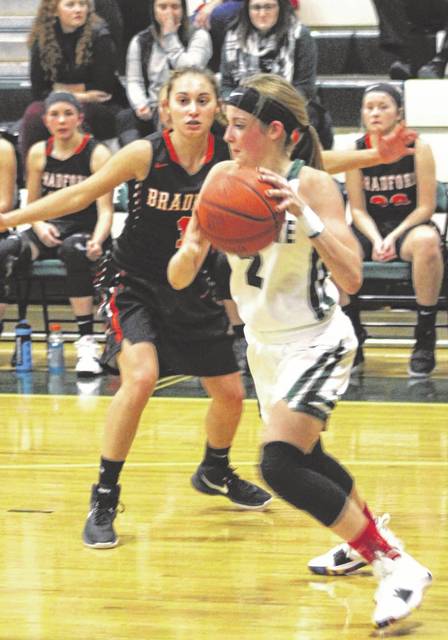 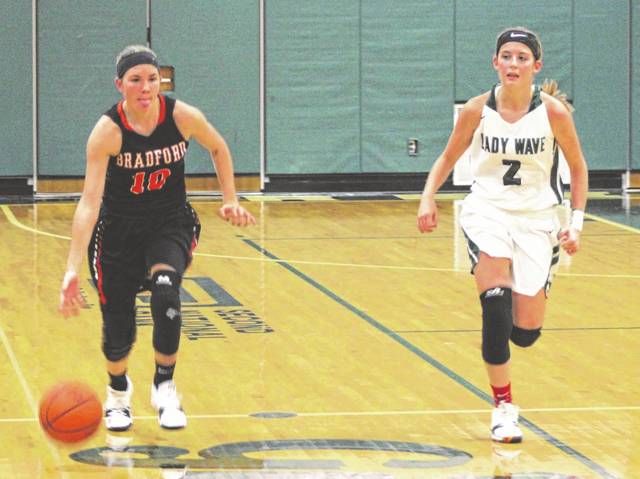 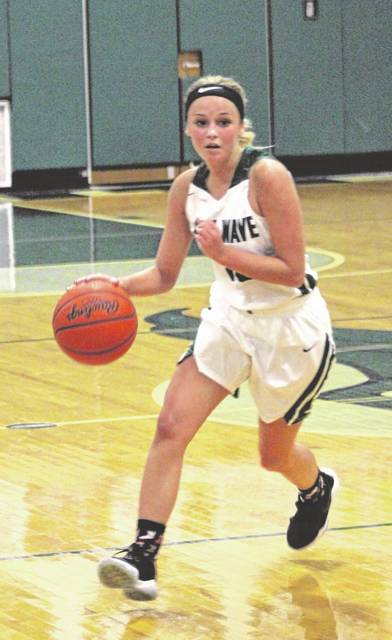