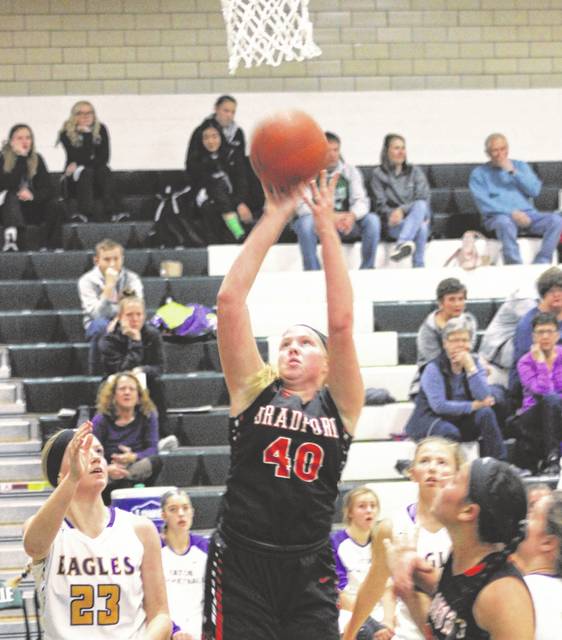 The first of the two varsity matches pitted Bradford against Eaton and the Railroaders used an aggressive style of defense to slow the taller Eaton Eagles in winning the season opener 51-46.

Bradford took a 9-point lead into the fourth quarter (38-29) and held off a furious run by the Eagles to escape with the win. Eaton outscored the Railroaders 17-13 in the final stanza led by senior Emily Dungan, who scored 7 of her team-high 12 points in the period.

It was Bradford’s lone senior – Bianca Keener – who led all offensive players in scoring however. The 5-foot-11 Keener totaled 14 points in the paint for the Railroaders. Sophomore shooter Skipp Miller added 13 points and her freshman sister Austy Miller contributed 10 in the win. Eaton junior Bailey Shepherd also reached double figures with 10 points for the Eagles.

“It always feels good to get a win no matter how it comes,” Bradford coach Chris Besecker said. “It was one of those games where we played well early and then hung on. With our youth it is good to see us execute just enough at the end of the game to get the win.

“I said at the beginning of the season one of our big keys was we have to get Bianca (Keener) the ball inside because she is such a weapon in there,” he continued. “The first half they kind of stripped her a few times, but in the second half we did a better job of getting the ball to her.”

The win sent the Railroaders to Saturday night’s championship game, where they faced tournament host Greenville.

In the second game of the tournament’s opening night, host Greenville fought off an athletic Ponitz team to claim its first win of the season, 52-33.

Lady Wave junior Haleigh Mayo was all over the floor in leading the home team with 19 points. Koryann Elliott added nine and Jada Garland chipped in with 8 for Greenville.

The Lady Wave grabbed an early 14-8 lead at the end of the first quarter and extended that lead to 10 points (27-17) at halftime. The third quarter saw a little less scoring but it was Greenville that still held the lead 36-23 heading into the final frame. Greenville outscored the Panthers 16-10 in the fourth quarter to claim the season-opening win.

“A win is a win. We will take it however we can get it,” Greenville coach Rachel Kerns said. “The score doesn’t really show how the game played out though. At the end to win by 19 and not play a great game kid of shows where we have come in our program.

“Mayo is very crafty and very good at going to the basket,” she continued. “It was nice to see a really quick Ponitz team that kind of got in our face a little bit, and it was good they set us up so we know of things we need to continue to work on. There are some things you can’t do in practice. We can’t go out and imitate what Ponitz can do so it was really good to see them this early in the season . they were really athletic so it was a good test for night one. they are a better team this year and their coach said they are going to win some and I can see why he said that.”

The win set Greenville up against Bradford for the tournament championship on Saturday night. 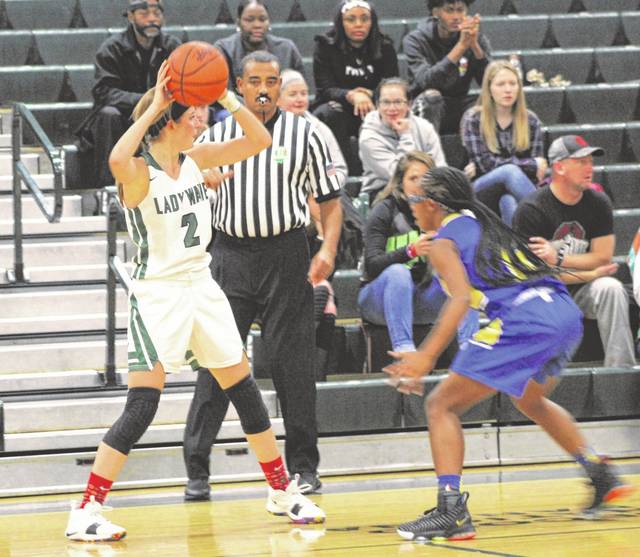