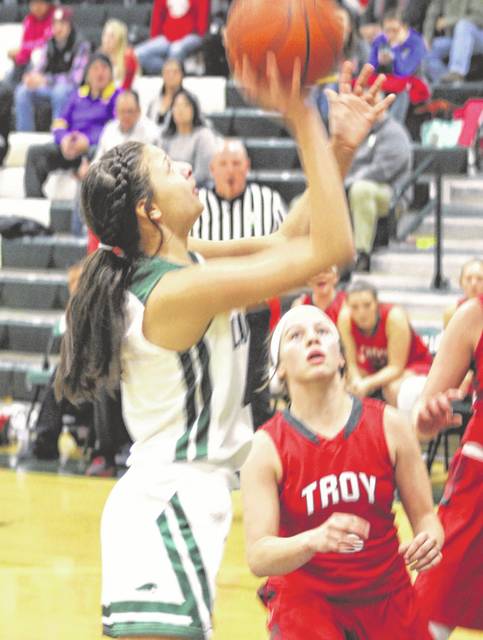 GREENVILLE – It really just came down to the numbers for the Greenville girls basketball team on Wednesday night.

The Lady Wave hosted Greater Western Ohio Conference North Division rival Troy and despite playing pretty good defense, when you can’t score you aren’t going to win. Greenville made just 8 of 40 shots from the floor (20 percent), 2 of 18 from 3-point range (11 percent) and 5 of 19 from the free-throw line (26 percent) in losing 52-23 to the visiting Trojans.

“Missed shots were definitely a problem,” GHS coach Rachel Kerns said as her squad fell to 1-2 overall and 0-1 in the GWOC North Division. “That’s what it comes down to. I mean it’s not effort and it’s not a want, we simply have to find a way to finish. As a coaching staff we talk about what looks we want and I’d say 75 percent of the shots we had are really good looks. We just mentally have to get tougher and when we get mentally tougher our focus will be a little better and some of those shots will fall. Then we’ll get better from the free throw line, but until some of our mental toughness kicks in and we get a little better on the offensive end, I think it is just going to be a struggle.”

Troy (2-0, 1-0 GWOC North) doubled up Greenville in shots made with 16 field goals. The Trojans also had five 3-pointers compared to two for the Lady Wave and Troy shot 5-of-11 at the free-throw line (45 percent).

“Defensively, we had a game plan,” Troy coach Aaron Johnson said. “(Haleigh) Mayo is tough and (Jada) Garland can shoot so we had to find a way to take them out of the game. We ran a box and 1 and we ran a triangle and 2. It was one of those things where those two girls are talented and in years past they have hurt us. Garland has hit so many 3s against my zone I had to come up with a gimmick to beat them.

“Part of me wants to say that is a sign of respect for the program (Coach Kerns) has built and the talent they have,” he continued. “We had to find a way that is very unconventional to come in and try to steal a victory. I thought our girls played hard and I thought Macie Taylor did a great job running the offense and pushing the ball up and down the floor, and I’ll tell you what Tia Bass was just an absolute presence under the basket. Having that inside-out combination is nice, but we still have a long way to go. This is game two and while I’m not totally pleased, when you get a win on the road in a GWOC game heck yes I am happy. That’s a good team over there. I think they just had an off night.”

Seniors Lani Shilt and Saki Nakamura shared the scoring lead for Greenville with 5 points apiece. Mayo and Koryann Elliott had 4 each, Garland had 3 and Natea Davidson added 2 points.

“It is only game number 3.” Kerns said. “It would be different if we couldn’t get a shot off or if we were taking terrible looks, but that’s not what is happening. Offensively we just have to find a way to score. They played well and we helped them out with how poorly we shot. I just wish we hit some of our open shots.” 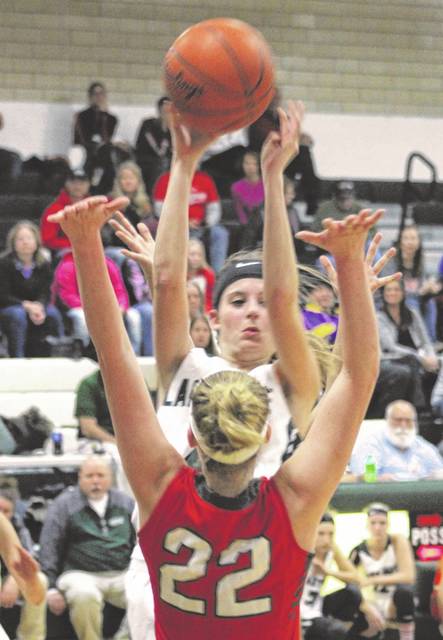 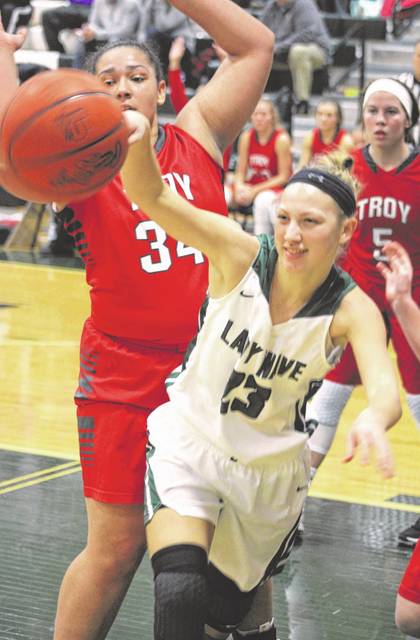 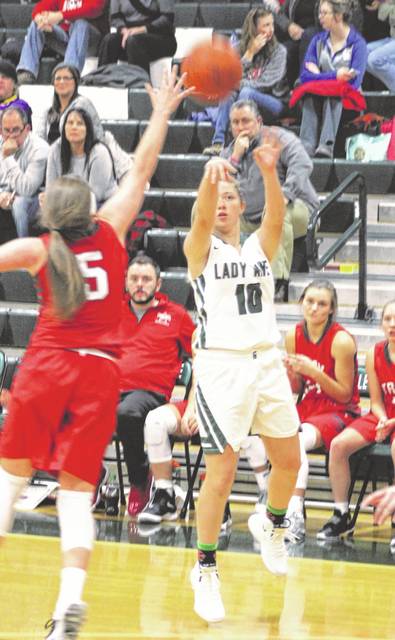 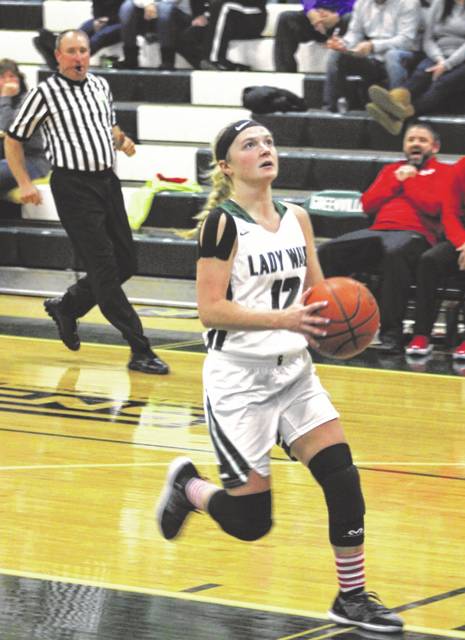 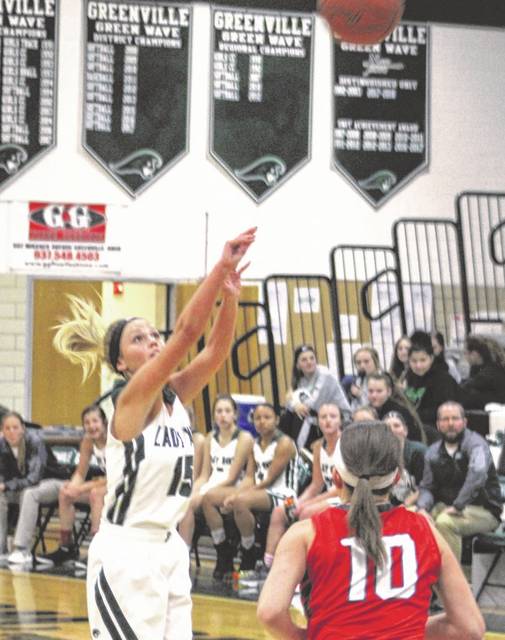 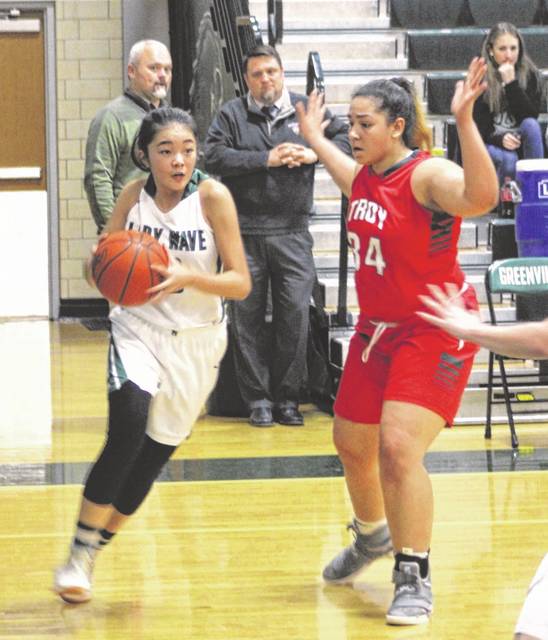 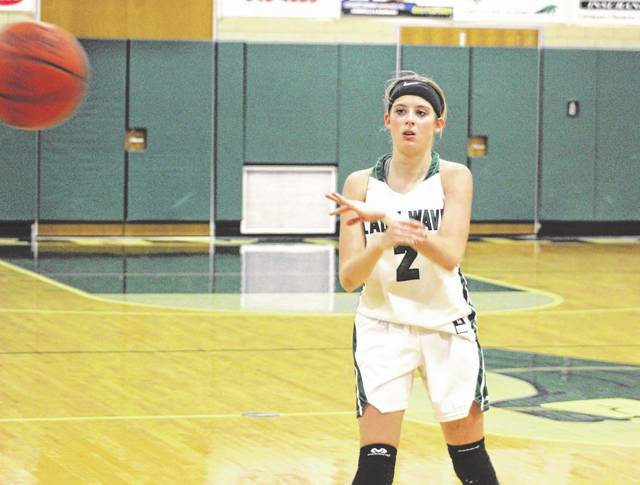