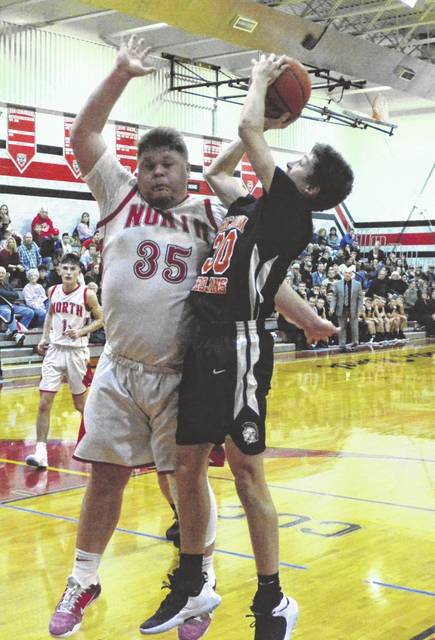 WEST ALEXANDRIA – Arcanum dropped a hard fought game on the road at Tri-County North on Friday.

The North gym is small and in that confined space the crowd is loud. It was a packed gym with the stands near capacity. And there was plenty of emotion in this game of Cross County Conference foes to make that gym rock as North and Arcanum dueled back and forth for four quarters. It was the Panthers that would claw out a lead and leave the gym with a 61-55 win.

Arcanum was playing short handed as they were playing without the services of two of their players. But as Coach Jim Melton mentioned, “It’s the next man up, the next guy has to step up and play.”

The two teams traded leads several times in the first quarter. Late in the quarter two post players had a heated verbal exchange and a referee had to intercede to prevent things from escalating. It was that kind of game between the two neighboring schools.

The game was played at a brisk pace. Both teams pressed at times, North kept it up a good bit of the game while Arcanum pressed sparingly. Neither team was afraid to push the ball down court when they got the opportunity. In that respect the two teams were similar. North settled into a 4-1 offensive set that they used in the half court most of the night, while Arcanum ran some flex and also used a shell offense – particularly at the end when they were trying to make up ground.

North was up by 2 points at the end of the first quarter, but by halftime they had built a 6-point lead, 30-24. Arcanum had a rough time denting this lead in the second half. It would expand and contract but every time Arcanum made a decent run and the visiting crowd started to feel some excitement, North would answer and open the lead back up.

Trojan junior Carter Gray scored 11 of his game-high 24 points in the last quarter as the team made a bid for the lead. The Trojans had to resort to fouling and North was just good enough from the foul line as they maintained its lead. A Zack Smith free throw got the Trojans to within 4 points with 41 seconds left, but North was able to expand its lead one last time at the foul line and closed the game out.

Coach Melton on the game, “Its a small gym – a loud environment. We were down 2 players, but it’s next man up, that’s how it is. Tonight was a battle we lost, but it’s OK. We will learn from this. Sometimes you have to fail in life before you succeed.” 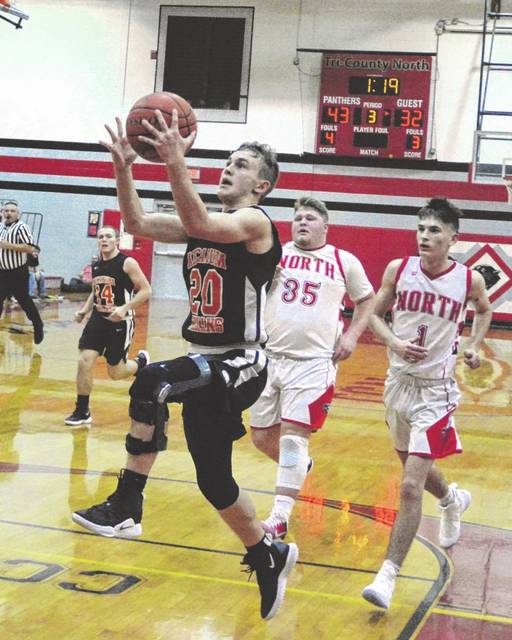 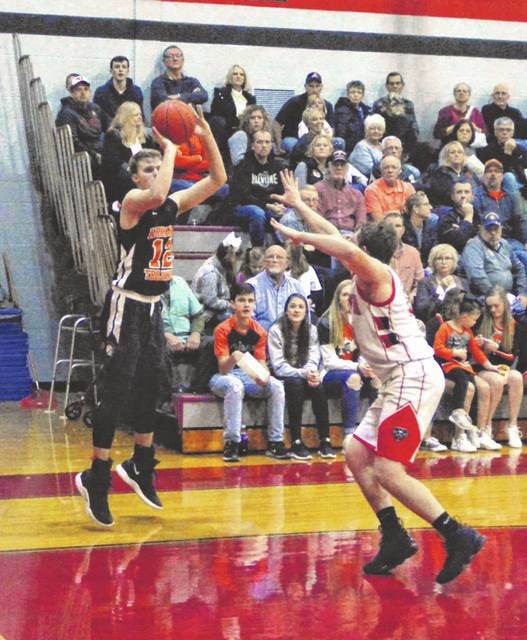 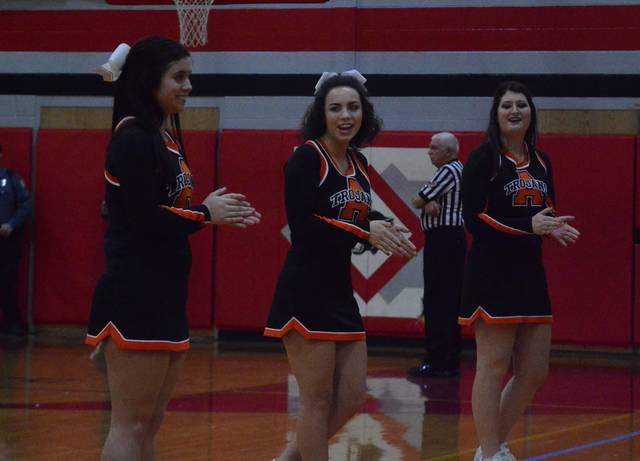 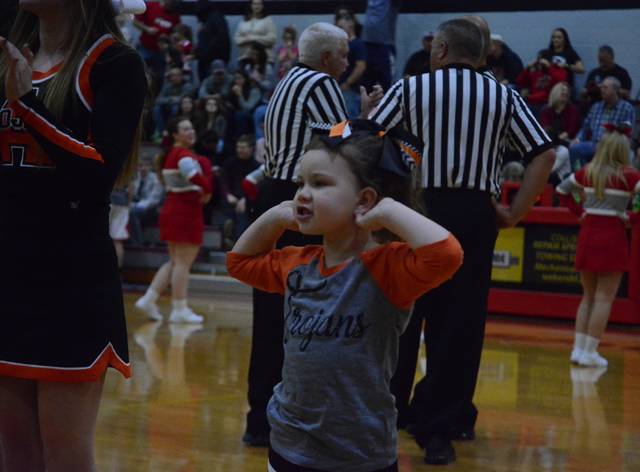 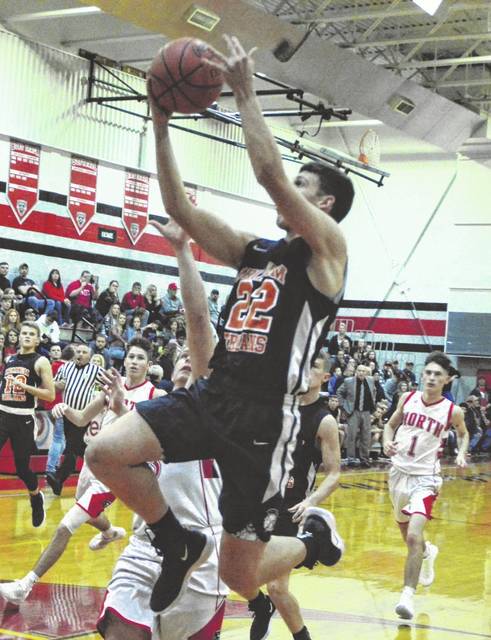