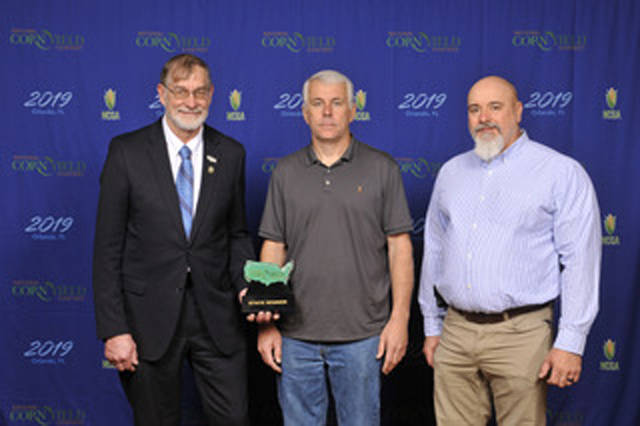 ST. LOUIS – Farmers from Arcanum and Greenville were honored through the 2018 National Corn Yield Contest.

The national contest, sponsored annually by the National Corn Growers Association, recognizes farmers from across the country for their exceptional efforts.

Rob Schmidt of Arcanum placed second in the state in the D: AA No-Till/Strip-Till Non-Irrigated Class with a yield of 284.30970000000002 bushels per acre. The hybrid used in the winning field was Pioneer P1197AM. The winning field was located in Ohio.

Martin and Schmidt were among 417 state winners nationwide. The 2018 contest participation included 7,258 entries from 46 states.

Of the state winners, 18 growers – three from each of six classes – were named national winners, representing eight states.

“In 2018, corn farmers showed, yet again, that they continually grow an abundance that feeds and fuels the world sustainably,” said NCGA President Lynn Chrisp, a corn grower from Hastings, Nebraska. “The NCGA NCYC contest participants exhibited the potential of all America’s farmers as they continually adopt innovative tools, which help them achieve excellence. Their incredible achievements, from averaging more than 349 bushels per acre amounts all national winners to a top yield of 477.6877, clearly showed the ability of America’s corn farmers to excel even facing less-than ideal conditions.”

Farmers are encouraged through the contest to utilize new, efficient production techniques. Agronomic data gleaned from the contest reveal the following:

The National Corn Yield Contest began in 1965 with 20 entries from three states. At that time, the highest overall yield was 218.9 bushels per acre while the national yield average was in the mid-60 bushel-per acre range.

The winners were recognized March 1 at the 2019 Commodity Classic, the premier convention and trade show of the U.S. corn, soybean, sorghum, wheat and equipment industries, held this year in Orlando, Florida.

For a complete list of winners and for more information about NCYC, visit the NCGA website at www.ncga.com.