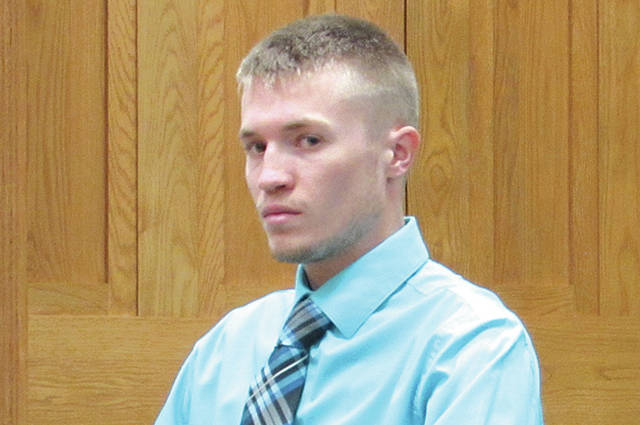 Lathan Frech, 20, pleaded guilty to the assault charge in January 2019, following plea negotiations between Frech’s attorney and the Miami County prosecutor. Frech initially was charged with a first-degree felony count of rape. If convicted, the rape charge would have carried a maximum penalty of 11 years in prison and a $20,000 fine; by pleading guilty to the assault charge, Frech waived his right to a jury trial in the case.

The charges stem from an alleged incident which took place June 5, 2018, when Frech was 19 years old. Frech was employed as a corrections officer at the Darke County Jail at the time, but his employment there was later terminated. Frech has been free on his own recognizance since July of last year.

Frech’s father and several family members of the alleged victim were present in the courtroom. The victim’s mother was allowed to read a statement before sentence was handed down.

“This is no doubt a no-win situation,” she said. “My daughter has endured more suffering than any 16 year old should have to. I saw the bruises; they are forever etched on my mind. The emotional scars are still visible as well.”

She also addressed why the family had chosen not to oppose the prosecutor’s decision to allow Frech to plead to a lesser charge.

“I believe you need counseling. I don’t believe prison would have helped you,” she told Frech. “Don’t let this define you. Be a better man. Be the person you needed growing up.”

“The victim’s mother has spoken very eloquently,” he said. “Live up to the mercy you received here today and live to be a better man.”

As a term of Frech’s probation, the judge continued an order of no contact between Frech and the victim, as well as between the families of both parties. There have been allegations of harassment directed toward the family of the victim on social media.

“That stops now,” Judge Gusweiler said. “Do you understand?”

Frech was sentenced to 180 days incarceration, with credit for three days already served and the remaining 177 days suspended. He must also perform 50 hours of community service and abstain from the use of alcohol or illegal drugs.