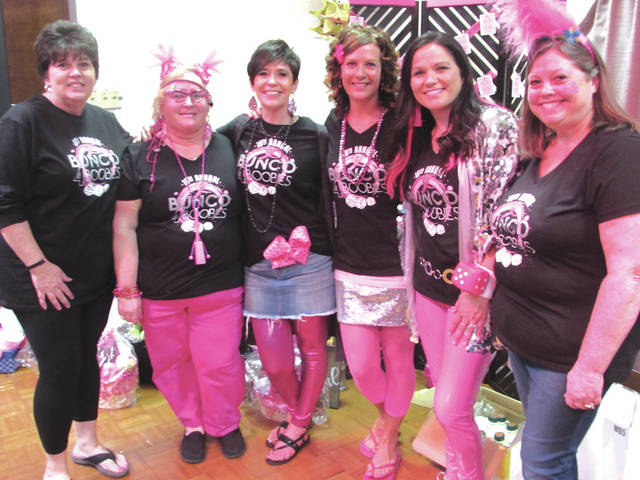 Bunco 4 Boobies raises money for the Cancer Association of Darke County, as well as individual cancer patients from the area who are currently undergoing treatment, according to Jessica Artz, the group’s president.

“100 percent of the money we raise stays in Darke County,” Artz said.

Sunday’s event featured T-shirts, sweatshirts and raffle tickets for sale, as well as prizes worth up to $200. Though final donation numbers haven’t yet been calculated, Artz said, she anticipates an impressive haul.

“It looks to be a record-breaking year,” Artz said.

Artz said she had something very different in mind when she organized her first breast cancer fundraiser a decade ago.

“It was supposed to be a one-time event for a friend, and 10 years later here we are,” Artz said. “It was very successful, and people kept saying, ‘You should do it again.’”

The group’s single biggest fundraiser brought in $32,000, according to Artz, and over the last 10 years they’ve raised just under $190,000. The idea for the event came from Artz’s circle of friends.

“Bunco is kind of a social game, and we had a group of about 20 ladies who played,” Artz said.

When one of those women was diagnosed with breast cancer, the first “Rolling 4 A Cure” event began to take shape.

Each year a portion of the event’s proceeds go toward private, individual donations with the remainder going to the Cancer Association, according to Artz.

“People reach out from within the community and say ‘We know this person,’” Artz said. “We take all those requests into consideration and then make private donations to some of those families.”

The Cancer Association has been able to increase funding for a lot of its services based on money her group has raised, Artz said. The most rewarding part of being involved with the charity, she said, has been the ability to have an effect on the lives of complete strangers.

“A lot of people expect something in return for their efforts,” Artz said. “But this is a way to give to people we may never know.”

There are also challenges, Artz said, including balancing the demands of their fundraising efforts with those of work and family.

“There are only six of us,” Artz said of the committee members who run the charity. “And we all have full-time jobs and kids with activities.”

Ultimately, Artz said, it’s the community that makes all of their efforts worthwhile.

“This is a community effort,” Artz said. “Without the support of local people and local businesses, the event would not be the success that it is.”

The event also brings a lot of enjoyment to those who participate, according to Artz.

“It’s a great event, and people seem to have a lot of fun,” Artz said. “I know personally that it’s affected a lot of people’s lives. It’s been amazing.” 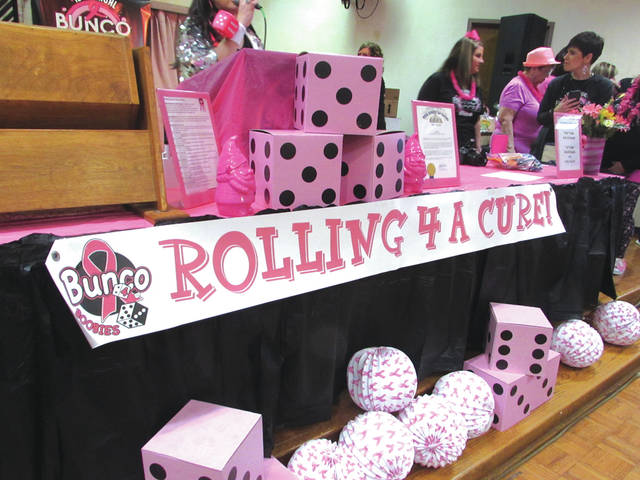 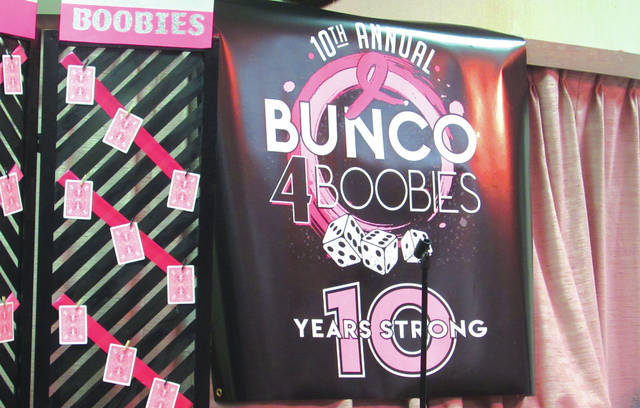