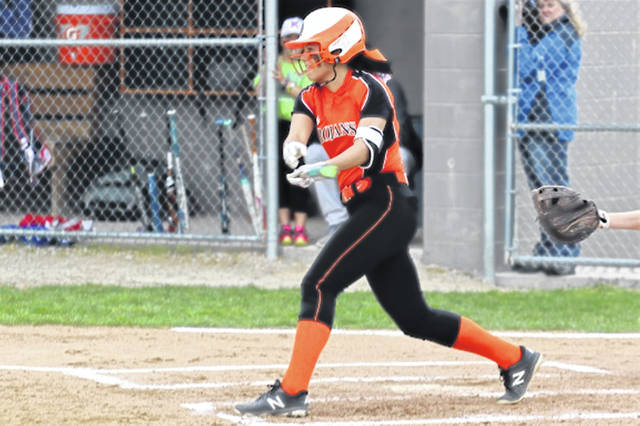 “The other night we made a couple mistakes early but all-in-all I don’t think anybody could have beat Newton on that night,” said Arcanum coach Rick Stone. “I told the girls – learn from it. That stuff happens all the time. It’s definitely the worse beating I ever had but it put a spark in them.”

“The next day at practice was probably the best practice we ever had,” Stone continued. “The girls were really hustling and doing everything they did and came back tonight on a much improving Tri-Village team and we got the job done. Very happy about it.”

“They’re good,” stated TV coach Shane Mead of Arcanum. “They took a tough loss at Newton this week and we just so happen to be their next team, so they were geared up, they we ready for us. I thought our kids came out and played hard. We’re just a few pieces away from hopefully competing with them in a couple years.”

The Lady Trojans plated two runs in the first with Peyton Garbig scoring on a Lady Patriots passed ball followed by a RBI single to left off the bat of Kaylee Wilcox and a bases loaded walk to give Arcanum a 3-0 lead after one inning of play.

Sydney Artz opened the bottom of the second with a Lady Trojans double to left and scored on a Gracie Garno single to center. Camille Pohl closed out second quarter scoring with a 2-RBI double to left sending the team to third inning play with Arcanum holding a 6-0 advantage.

Arcanum took advantage of an Elliana Sloan bunt single back to the mound and later scored on a steal of home to give the Lady Trojans a 7-0 lead with three innings in the book.

Two walks and a hit batsman loaded the fifth inning bases for the Lady Trojans and a second hit batsman of the inning score the eighth run of the game upping the Arcanum lead to 8-0 after five.

The Lady Trojans put the game away in the bottom of the sixth getting a Macey Hartman opening single, a Pohl walk followed by an Eva Siculan walk-off 2-run single to left giving the home team a 10-0 win.

“I’ll go to battle with my girls every day,” Coach Mead said following the game. “They work hard, they come to practice – the attitude has been positive. It’s just changing the culture a little bit and learning how to win instead of just accepting losing as being ok.”

“Everybody contributed tonight,” Stone noted. “We hit the ball well, played good defense, had good pitching tonight – totally opposite from the other night when we just couldn’t do anything right. We came out and played as a team and everybody got involved. Very proud of the outcome. We’ll continue to get better.”

Macy Skelton picked up the win for Arcanum pitching four innings of no-hit shutout ball while striking out six and walking one. 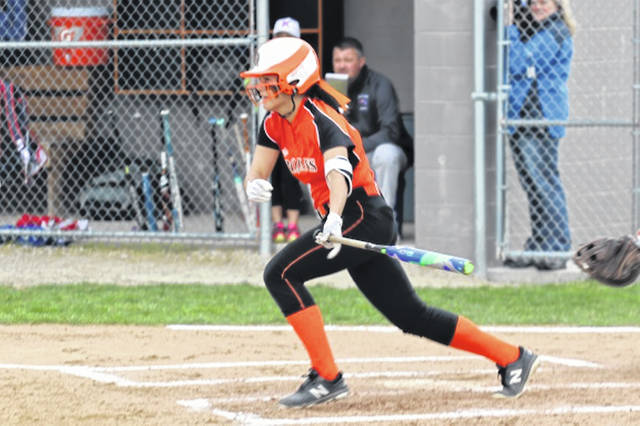 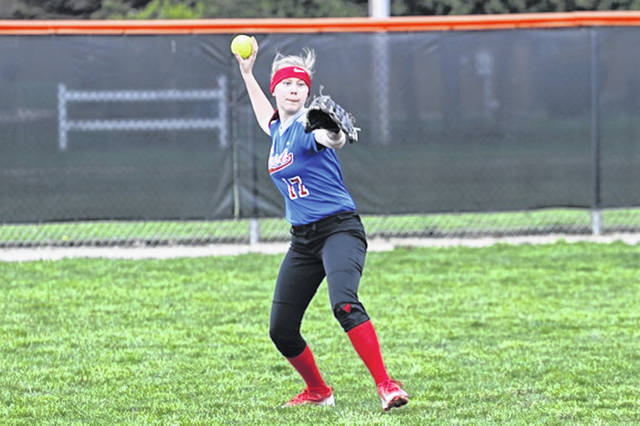 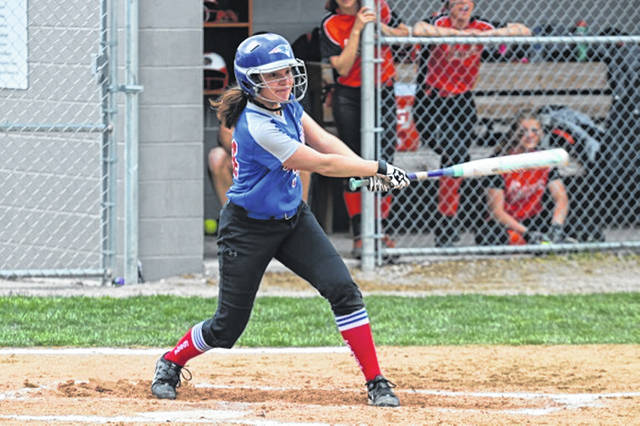 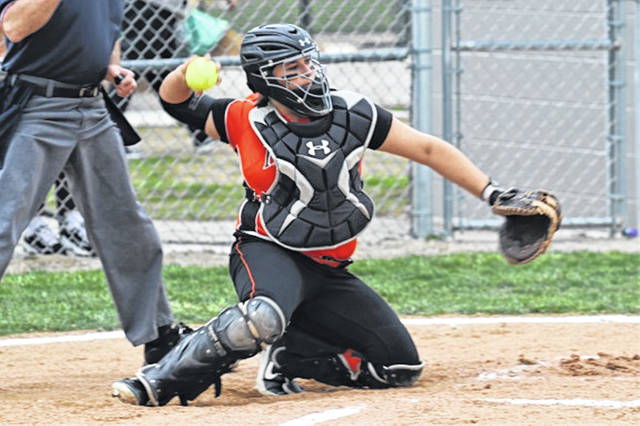 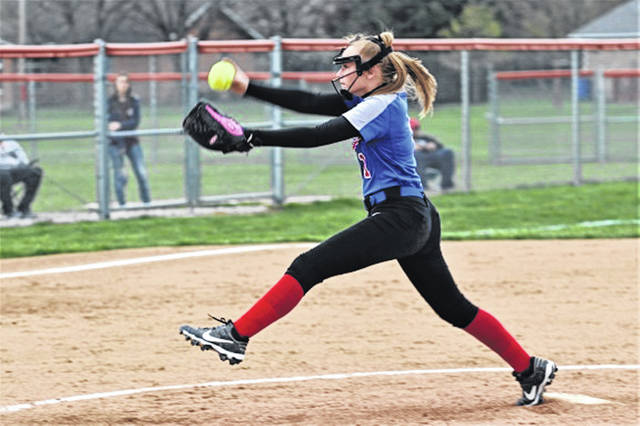 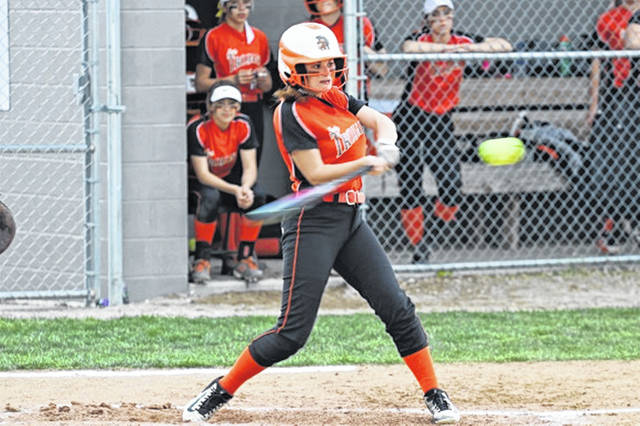 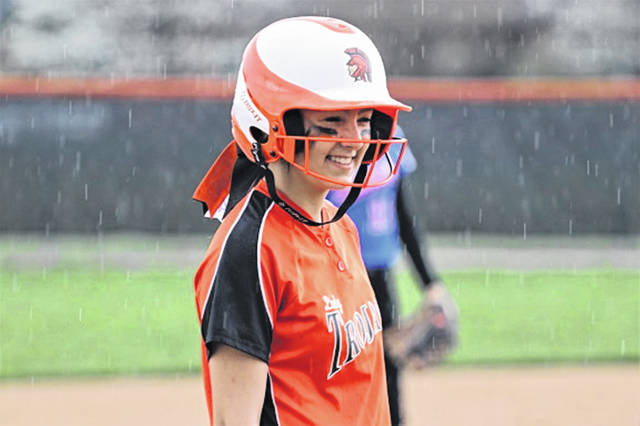 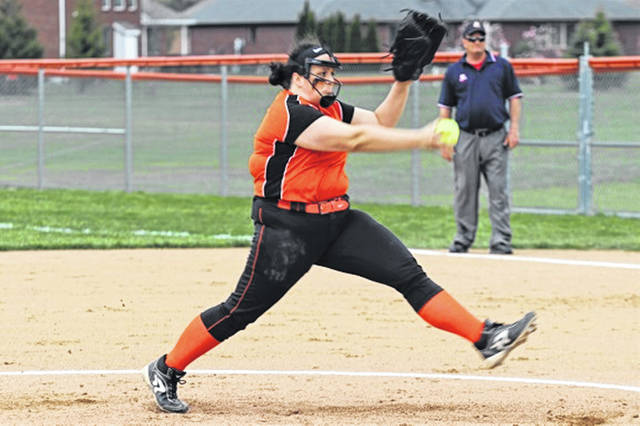