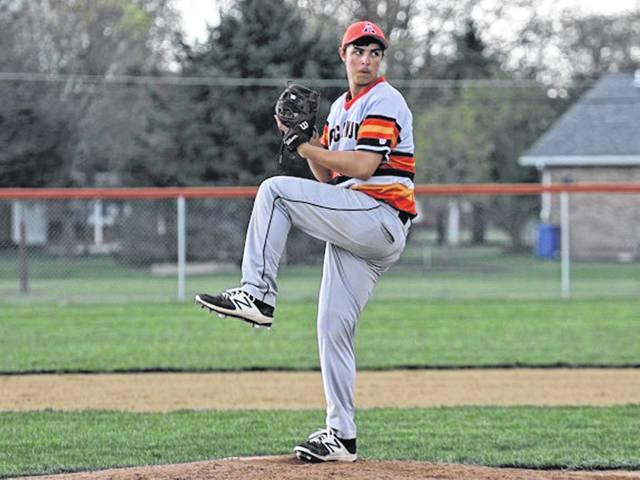 The Trojans, behind the pitching of Brody Williams had the Patriots going down in order in the top of the first with Arcanum taking advantage of a TV infield error for a 1-0 lead in the bottom of the first before going on to score a total of five runs in the inning with the help of three Patriots’ errors to lead 5-0 after one inning of play.

“We just set the tone of the game,” Tri-Village coach Jim Maples said of the team’s slow start. “The first two batters struck out for us and then the first batter for them hits a slow roller to third that we bounced – a throw-away over at first base and I just thought it set tone.”

“We had three errors in the first inning, a passed ball, we had two walks and they had two bloop hits and we’re down 5-0,” Maples added. “We know that they are a very strong team but we just have to catch the ball.”

The Trojans added a single run in the bottom of the second and two runs in each of the third and fourth innings while keeping the Patriots off the board to earn a 10-0 run rule win.

“They made a couple of mistakes,” Baker noted,” and we capitalized on it.”

Williams earned the win for Arcanum throwing five innings, striking out six with no walks while surrendering six hits on the night.

Arcanum outhit the visitors 8-6 without an error while Tri-Village was saddled with three errors in the game.

“They hit the ball extremely well,” Coach Baker stated of TV hitting. “A lot of theirs were right to us – we make good plays on them.”

“If you look at the scorebook when it’s over, the hit totals were pretty similar,” said Maples. “There was much of a difference in the hit totals so that’s pretty hard to take when you get beat 10-0. They made the defensive plays out there – we had some mistakes.”

“I like my kids, we have a positive bunch of kids here,” Coach Maples concluded. “I’m hopeful we are not going to quit on the season, that we will turn things around and we’ll start looking better.”.

Six Patriots accounted for a hit each while Mitch Wogoman was going 2-2 for Arcanum with 2-RBIs and a run scored. Michael Fecker went 2-3 for the Trojans with a RBI and 2-runs scored. 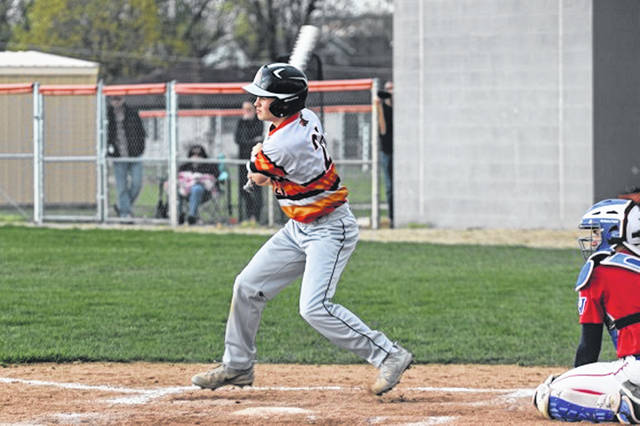 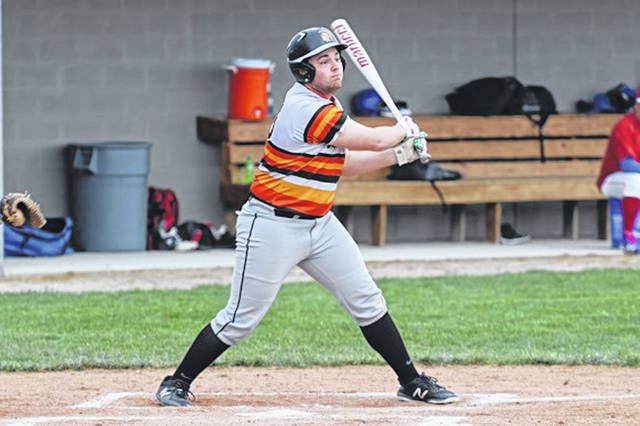 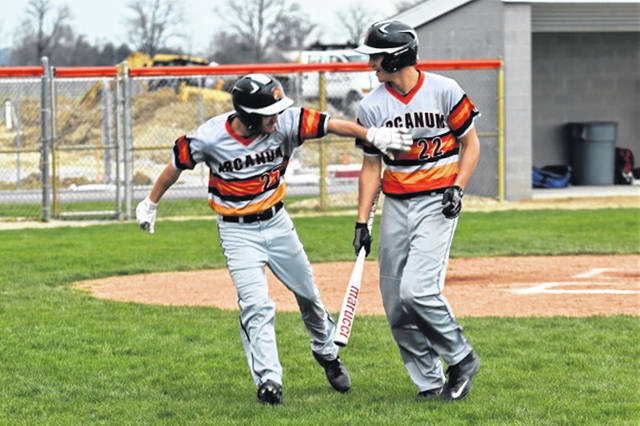 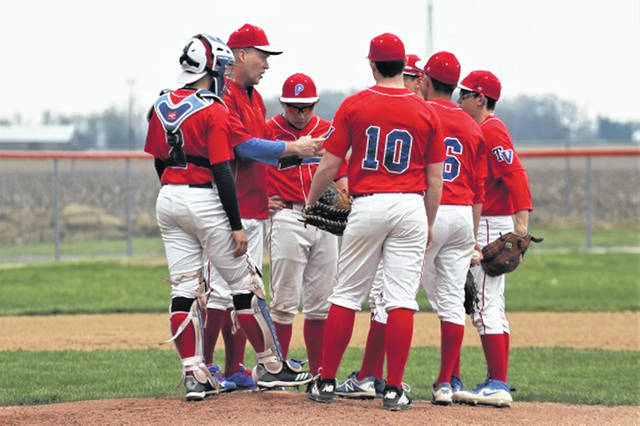 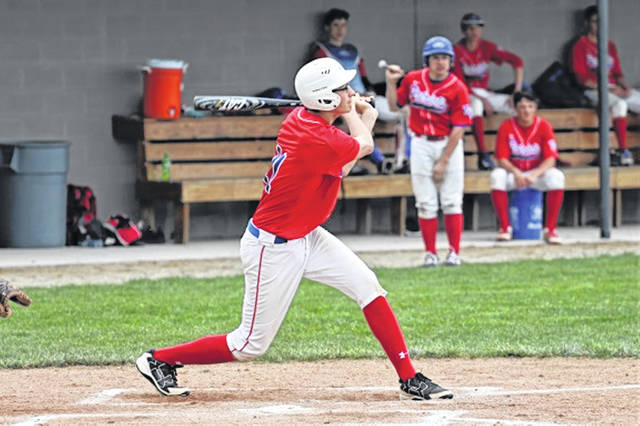 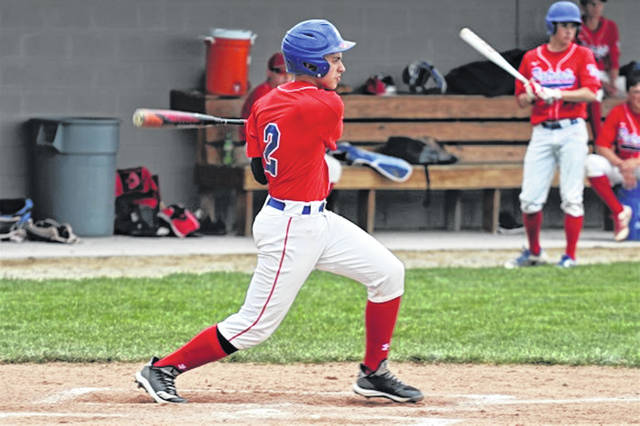 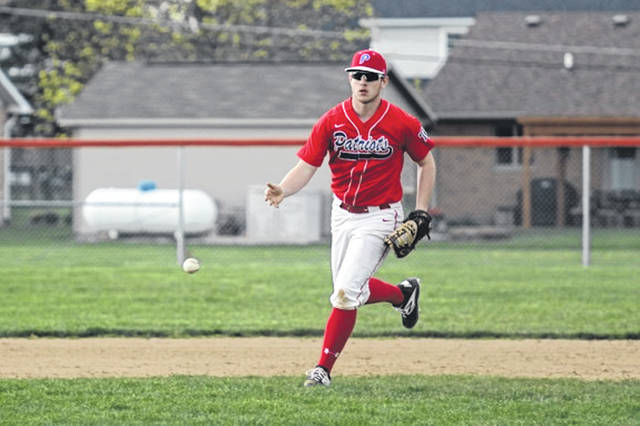 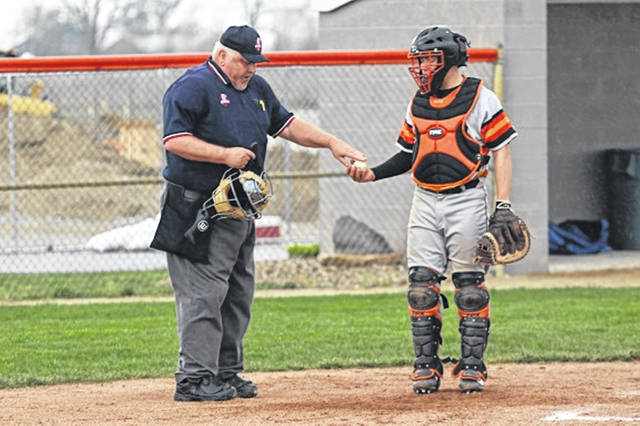