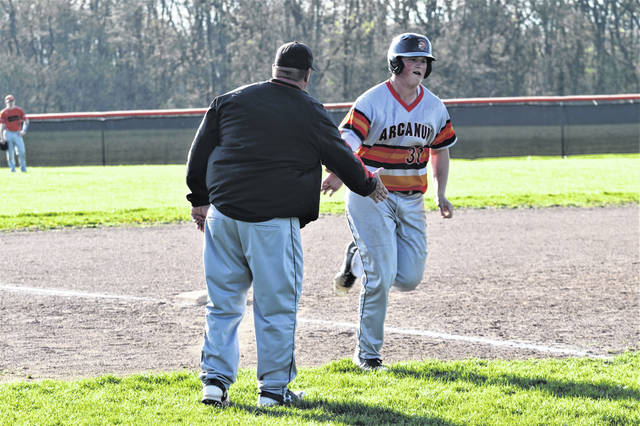 ANSONIA – The Arcanum Trojans defeated the Ansonia Tigers 13-0 in a Tuesday night CCC matchup with Evan Atchley going the distance on the mound to earn a complete road game shutout.

“Evan did an excellent job tonight,” said Arcanum coach Randy Baker. “He had a curve ball early – went away from it a little bit but did enough to do the job. He pitched a really good game.”

“He’s good – he’s proven to be one of the better starters,” Ansonia coach Zach Evers said of Atchley. “I am encouraged that we swung the bats. When you have a senior out there who has pitched for a while, he’s going to throw strikes and when we put the ball in play they’re going to make plays.”

The Trojans plated two runs in the top of the first with the first run of the game coming by way of a Logan Stastny single, added a run in the third and two in the fourth to lead 5-0 after four innings of play.

Arcanum added three runs in the top of the fifth to lead 8-0 sending the game to the sixth.

The Trojans added five run in their half of the sixth inning highlighted by a Gostomsky two run homer over the right field fence. Cory Ross and Wade Meeks also drove in runs to give Arcanum a 13-0 lead with Ansonia coming to the plate in the bottom of the inning.

Ansonia’s Andrew Rowland cracked a sixth inning single for the Tigers before Atchely would shut the home team’s final three hitters down in order to earn the win.

“Obviously there has to be a winner and a loser, and we are young,” Evers said. “We have three freshmen out there starting but Arcanum is a really good team. We competed for most of the game and then just kind of tailed off at the end.”

“For the most part I like the way we competed,” continued Evers. “We swung the bat well. I know we didn’t score any runs but strikeouts we kept to a minimum and put the ball in play. It’s about the best we can ask for right now.”

Cory Ross was 2-4 with a RBI and 2-runs scored, Evan Atchley went 1-2 with a walk and 2-runs, Michael Fecker was 1-3 with 2-RBIs and a run and Lane Byrne rounded out the Trojans hitting going 1-4 with a RBI.

Atchley picked up the win going the distance for Arcanum throwing six innings of five hit shutout ball while striking out three and walking one. 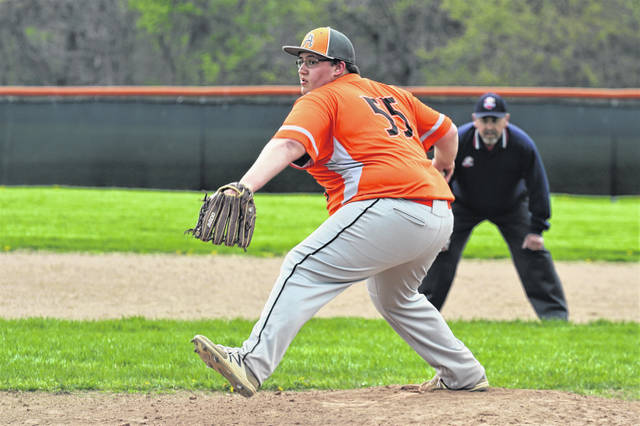 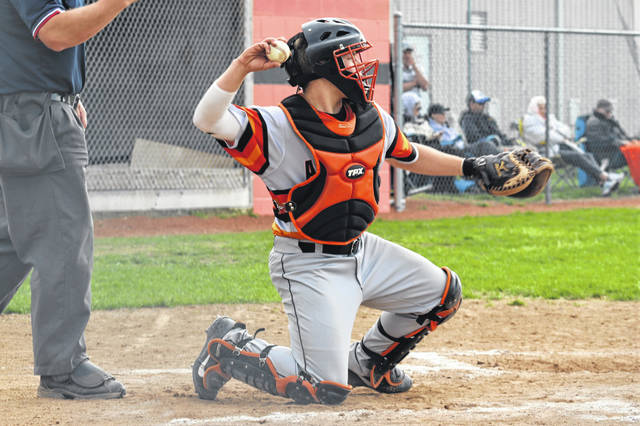 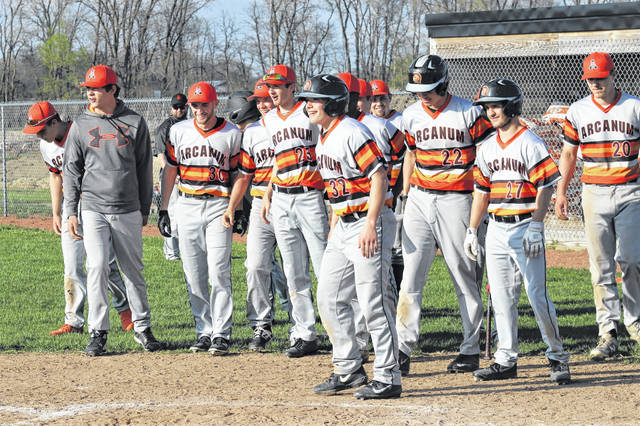 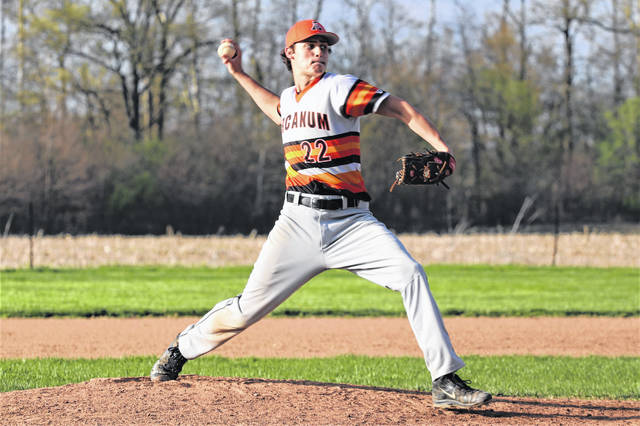 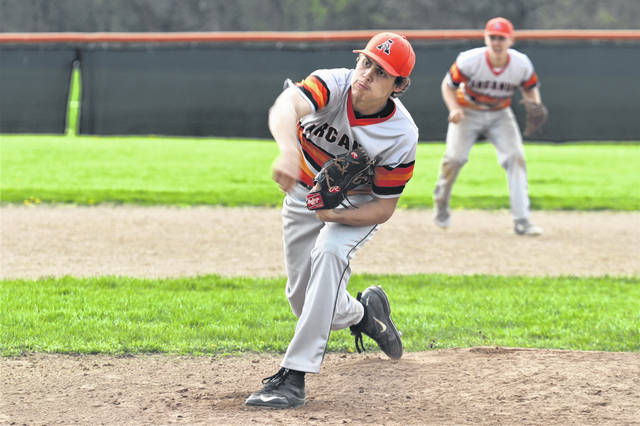 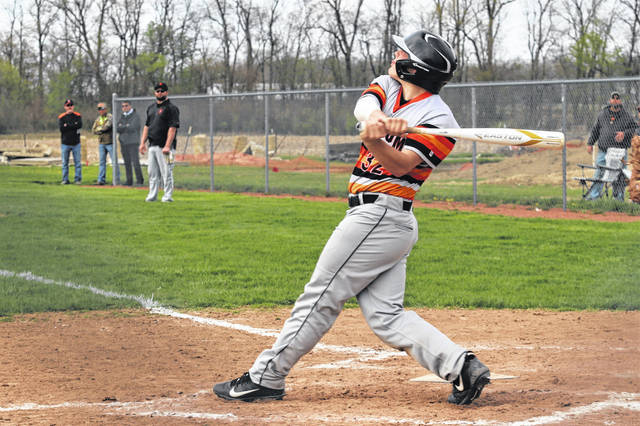 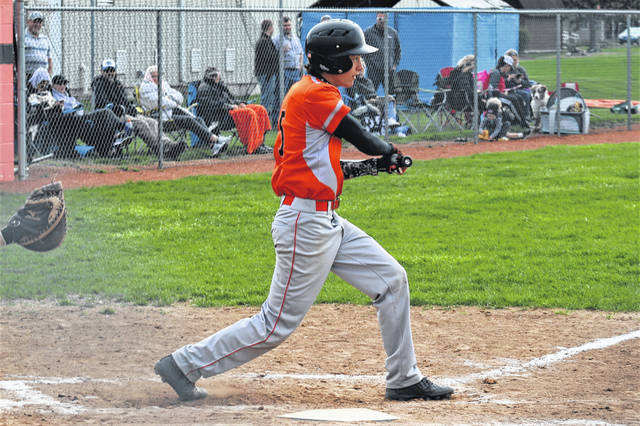 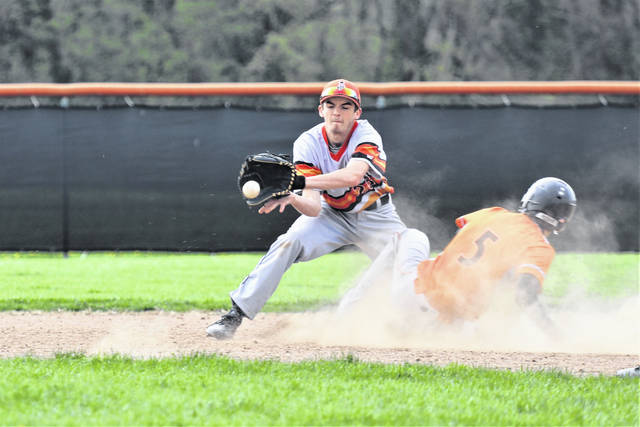 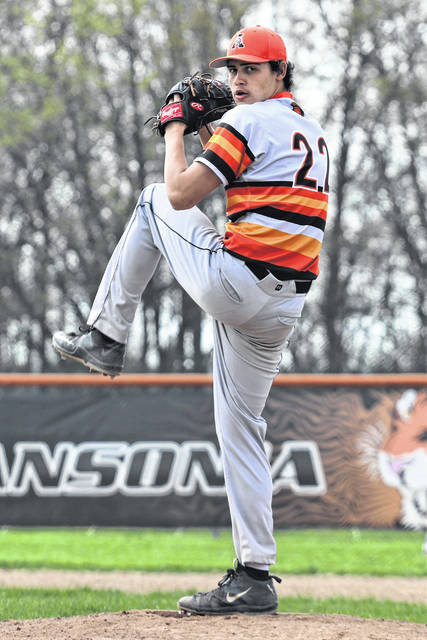 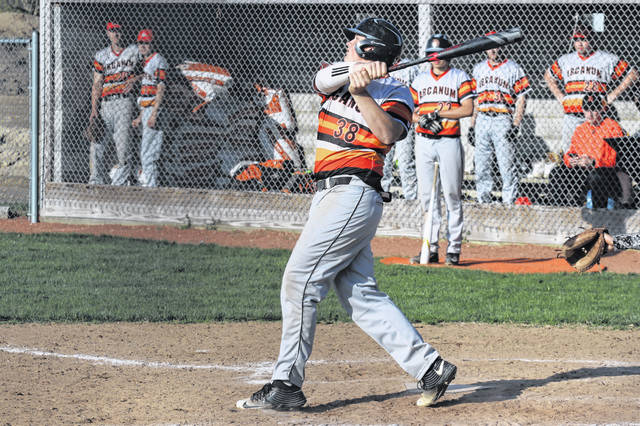